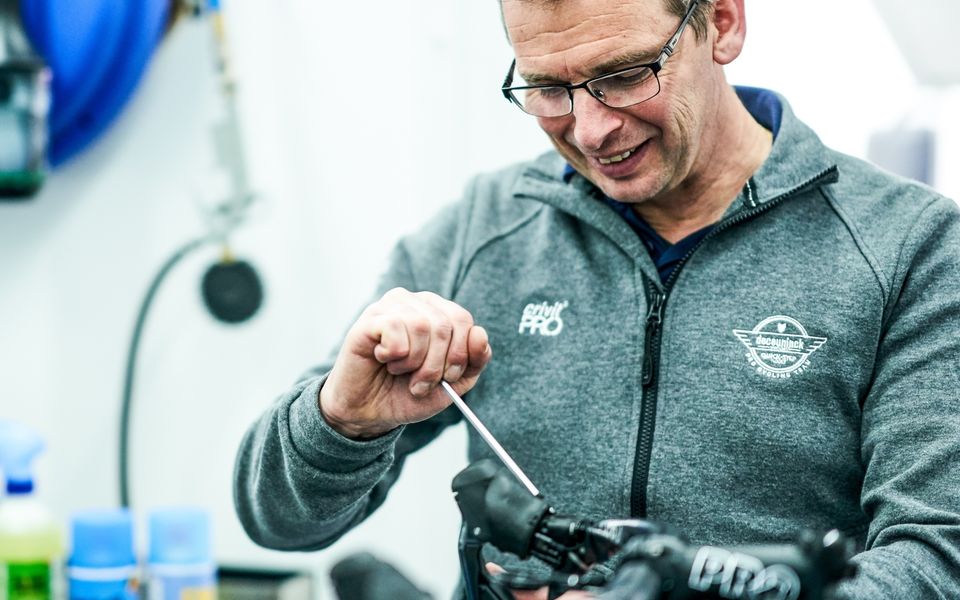 Kurt Roose has always had a passion for sports. As a child he started playing football and switched to cycling around the age of 15. Up until his 25th birthday, he won about 15 races, both on the road and in cyclo-cross. His grandfather was a bicycle mechanic and after his military service, Kurt went to work in the shop.

In 1997, his career as a mechanic in professional cycling kicked off when he was invited to join TVM in a couple of races. He must have made an excellent impression, because Kurt was given a full-time contract with TVM for the following years, in which he worked among others with current team sports director Geert Van Bondt. When TVM was absorbed in Domo-Farm Frites, Kurt ended up under the care of Patrick Lefevere for the first time. Season 2020 will therefore be the twentieth year for him with Lefevere as manager, a nice milestone.

For the past twenty years, Kurt has worked with revered Deceuninck – Quick-Step riders such as Johan Museeuw, Tom Boonen, Paolo Bettini and Davide Bramati. A striking statistic: he’s already done 25 Grand Tours for the team, of which 14 times the Tour de France and eight times the Giro d’Italia. Each year, he looks forward to the spring classics. He’s worked at Paris-Roubaix for twenty consecutive years, eight times of which one of the team's riders was the first to cross the line in the iconic Vélodrome de Roubaix.

Kurt has also worked for the Belgian national federation and can proudly look back on ten World Championship participations, the Olympics and the European Games. Meanwhile, Kurt is married and has two sporting sons, Matteo and Mauro.