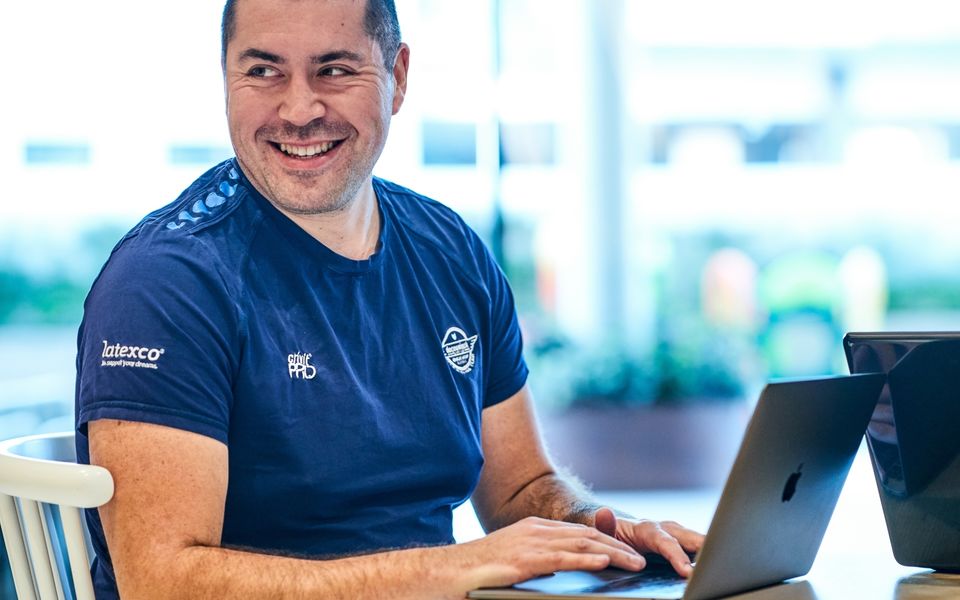 Phil’s love of sport comes from his grandfather, a professional basketball player in his day and later sports journalist in Hong Kong. At the age of 13, Phil’s mother took him to watch a Tour of Britain stage finish in Manchester, and he immediately fell in love with the sport that over the years has seen him work with some leading cycling brands and events in the United Kingdom, before eventually joining Deceuninck – Quick-Step ahead of the 2019 season.

“It is a huge challenge, but at the same time, an honour to be on this team”, says Phil, who in his free time can be found riding with his local club (Foxgrove CC), walking Wrigley – one of the most adorable dogs you’ve ever seen – or watching cricket, boxing, and last but not least, baseball, Chicago Cubs, the 2016 MLB champion, being the team he roots for.

Phil is also a huge fan of Manchester City – a team he would rather see clinch another Premier League title this year instead of the Champions League which they’ve never won (but hey, we’re not here to judge) – despite growing up in a family for whom the only team in Manchester was United. It was tough back then, but in the end, he who laughs last, laughs best.