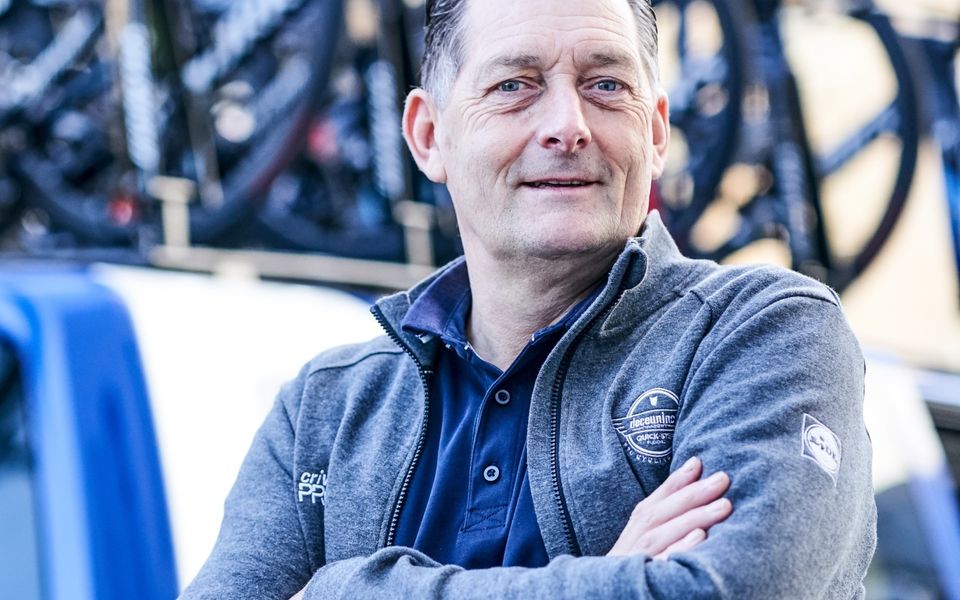 Rik Van Slycke is a former Belgian pro, with career highlights such as a victory in Nokere Koerse (1989) and a top 10 finish in a stage of the Tour de France.

“I was a professional for 13 years, from 1987 until 2000. It was always a dream as a rider to get on the team of Patrick Lefevere, but I never managed to do that because I rode for other teams. I like a lot his style of working. He always wants to be the best and win.  He always managed to bring big champions together to make them win and work together, which was and continues to be very impressive.”

How did he end up joining the squad nearly two decades ago? “In 2001, Patrick called me just to see if I could help him out, first as a VIP driver and then as a sports director at the Vuelta a España for the second car. Since then I’ve been on his team. In 2004, when the ProTour was created, we needed more sports directors and it was then that it became a full-time job for me.”

According to Van Slycke, if you have a team that works together for a long time, it means everyone has trust that others can do their job: “The new riders and staff that come in can have confidence knowing this. I think it’s important to see that if an outfit is solid, it will function well. This team has proven this; if everyone does their job, supports each other, and understands the problems each can have, it is easier. That’s why any rider who comes here can be a winner.”