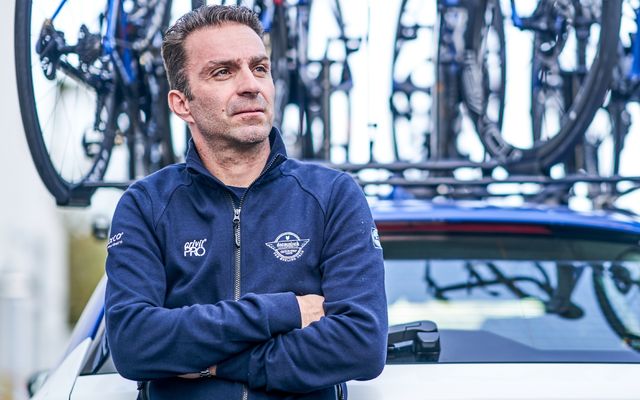 Vasilis Anastopoulos, born in the Peloponnese village of Megalopolis, joined Deceuninck – Quick-Step in October 2019 together with Franck Alaphilippe, both reinforcing our strong coaching staff which also includes Tom Steels and Koen Pelgrim. His name is already well regarded amongst cycling fans, since 2002, when he became Greece’s first ever professional cyclist.

His distinguished career saw him win the Greek National Championships an astonishing 17 times! He then went on to study sports science, with a specialisation in cycling, before receiving an IOC Scholarship to study for a UCI Cycling Diploma – the highest coaching accreditation available in cycling.

Since then, he spent several years as the trainer and general manager of the Greek national team, which he coached at the 2010 Olympics, before taking up a role with the successful SEG Racing Academy, where he oversaw the transition to the Elite ranking of 23 riders, including that of our own Fabio Jakobsen. Vasilis described joining Deceuninck – Quick-Step as “a great honour to be with the best team in the world. I am looking forward to helping the squad achieve their targets, continue winning and join in the Wolfpack spirit.”