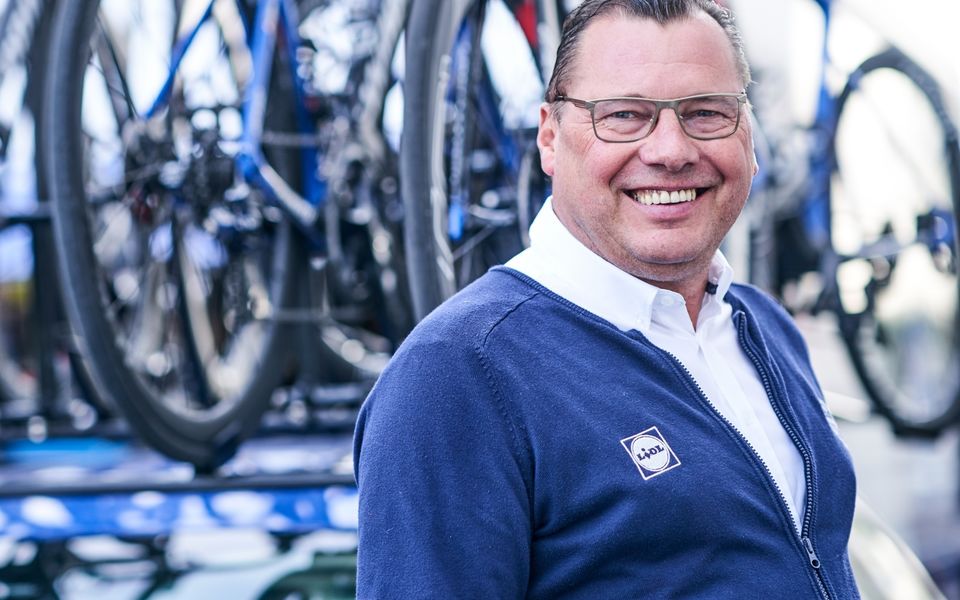 Wilfried Peeters, known to the team as “Fitte,” was a Belgian rider known for his presence in the Spring Classics, before taking on a role as a sports director. During his pro career, he rode 33 Monuments and won Gent-Wevelgem, one of the most prestigious one-day races on the calendar.

“I started my career when I was 15, and became a professional in 1986. I rode with several teams, including Mapei-GB from 1995 until 2000. I followed Patrick Lefevere for a long time in my career as a rider. I am not a guy who tries to change teams every year, which is clear as I’ve been a sports director with Deceuninck – Quick-Step for a long time. I am not the type to sit and talk about contracts. Yes, we need them, but if we shake hands is more than enough. Patrick knows me very well, and I too know him very well, and I saw no reason to change when making the transition from rider to sports director.”

Fitte said his rider experience as a team captain helps him as a sports director with Deceuninck – Quick-Step: “I had some good results in Paris-Roubaix that have also helped me with that race,” Peeters said. “I was 2nd, 3rd, 4th, 5th, and a lot of times top 10. My last year in Paris-Roubaix I went solo for 80 kilometers. I lasted until the final cobblestones. At that moment, I thought maybe I could do another year. But I talked with Patrick and decided to stop. But these results show that I really know the race, which never changes. I know every hill, every cobblestone. That info I can give to the riders. The crosswinds, what can happen, I know about these things. That kind of experience, able to give that to our riders, is one of the most important things I can do for the team.”