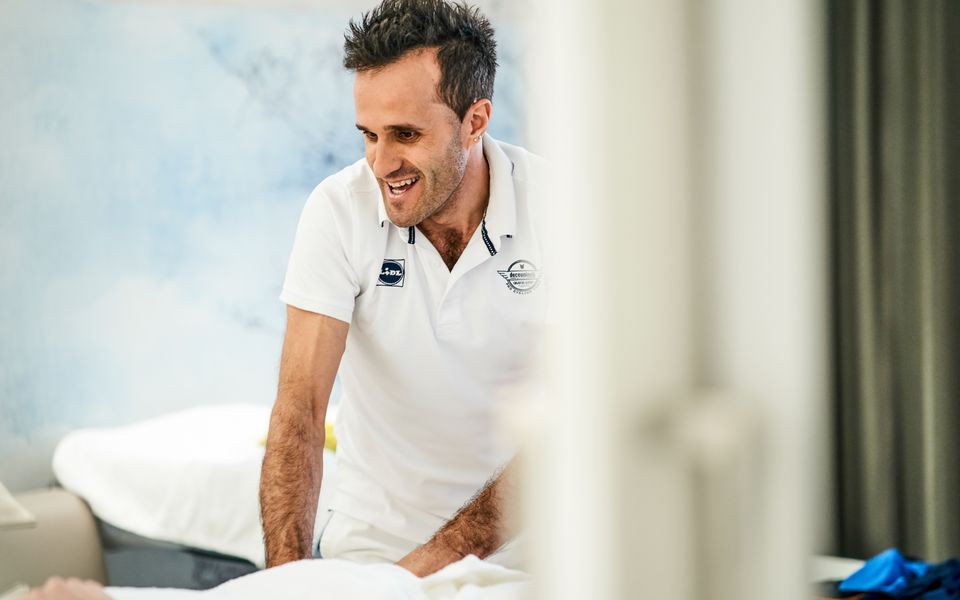 Come on, admit it, Yankee has one of the most epic names in pro cycling, which he got from his mother and father’s shared passion for good old western movies. Despite this, he didn’t became the next John Wayne, deciding to take instead a different road, so at the age of 11 he picked up cycling and continued to ride for more than a decade, including four seasons at U23 level and one in the elite category.

After he stopped, Yankee’s desire was to remain in this beautiful world which he loves so much and have contact with the riders on a daily basis; as a result, he finished the massage studies he had begun while still riding, a wise choice which eventually opened the door to the World Tour.

2019 is his 17th year in professional cycling, and his fourth with the Wolfpack. In all these seasons, he had the opportunity and pleasure to work with some of cycling’s biggest names, including Alessandro Petacchi, Erik Zabel, Ivan Basso, Daniele Bennati, Bob Jungels, Julian Alaphilippe, Elia Viviani or Tom Boonen, “my idol, a rider whose class and style have left an indelible mark on cycling and who is still missed in the peloton.”

Yankee is also in love with karting, which relaxes him when he is at home between races, likes to mend the engine of his car, and absolutely loves music, which plays an important part in his day to day routine; his favourite artists and bands include Jovanotti, Cesare Cremonini, Elisa, The Beatles, Coldplay, David Bowie, Depeche Mode, Duran Duran, George Michael, Hooverphonic, Kiss, and Robbie Williams.