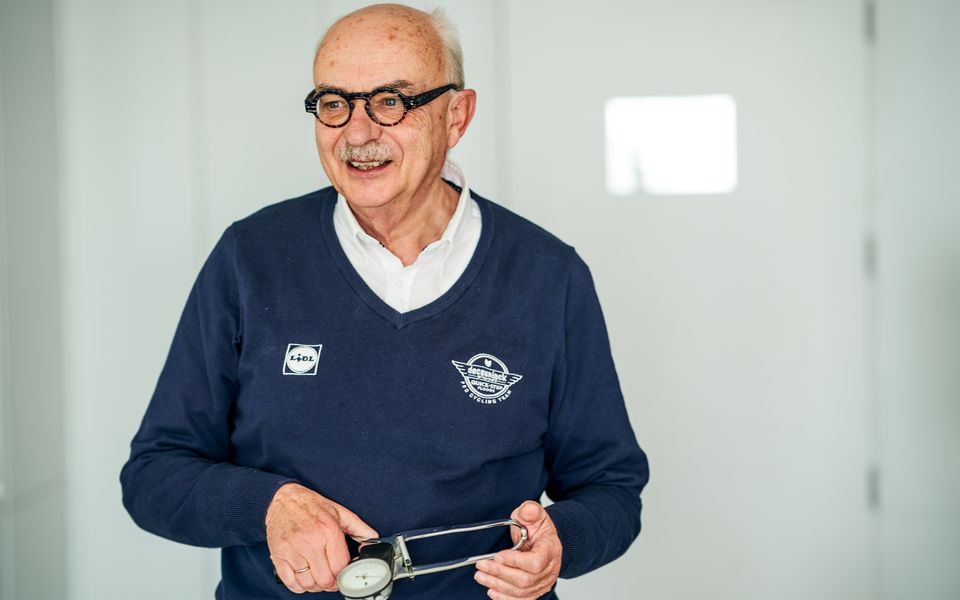 One of the most famous and popular faces around the team, Doctor Yvan Vanmol played a big part in the conception of Deceuninck – Quick-Step and has been a big part of its evolution ever since. Vanmol was born in Leuven, which is home to the largest university in Belgium, where he would go on to study.

Vanmol become involved in cycling during his teenage years. A family friend was a very successful ex professional cyclist, who had a son of a similar age and enjoyed racing. He took the impressionable Yvan to several races, which is still an experience that he enjoys to this day. When asked his favorite race, Yvan was quick to remark, ‘Ronde van Vlaanderen, without a doubt’.

Having worked in cycling since the early 1980’s. Yvan joined Del Tongo- MG in 1991 and due to his connections within the sport, he was pivotal in the merger with GB, which would see Patrick Lefevere’s teams take on several incarnations, eventually becoming Deceuninck – Quick-Step. Yvan has played a pivotal part in the success of all of these teams.

Away from cycling, Vanmol is passionate about theatre and visual arts, especially sculptures and paintings. He is a keen supporter of young Belgian artists, especially Eric van Hove, Gert Robijns, and Ivana Basic.