The Italian looks back on his second season with Quick-Step Floors and talks about his ambitions for next year.

After a great trip to China for the first ever Tour of Guangxi, where we succeeded four out of six times with Fernando Gaviria plus taking the points jersey with him and the white jersey with Julian Alaphilippe, it is finally time to relax a bit.

It has been a great learning experience for me this season. I did my first Grand Tour this year, the 100th edition of Giro d'Italia, which was an incredible experience on a personal and physical level. You really change your mindset and develop your engine during and after such a hard, long race, spending so many hours in the saddle and staying focused and alert over such a long period. Today I feel that after hours of racing I am able to do a real effort close to my best performance, even after 200 kilometers I can do a good sprint. Last year, after 5 hours of racing, I wasn't worth much.

My plan for the next month or so is to enjoy a bit of off-season with family, girlfriend and friends. My off-period is not so long, because I raced in China, but the good thing about that is I can start a bit easier because I finished with a high-level effort in a good condition.

I will enjoy some weekend trips to Bilbao and Napoli to see Costiera Amalfitana and Reggia di Caserta but otherwise will stay at home, which feels like vacation as you travel so much as a cyclist. I live in the beautiful province of Brescia in the commune of Rovato, in a small, small village with only 1000 inhabitants. I was born and raced here, and my cycling adventure started in this very area, now many years ago.

I started cycling when I was only 7 years old. My father was also a cyclist and is now a sports director at Astana. When you come from a family cycling is always the topic of discussion, it was like mathematics that I should start cycling as well. I only stopped for two years to try football from when I was 11 to 13, but I quickly returned to cycling again, it was my sport, my métier.

When you are 14-15 years old you start to think about your future, if you want to become a cyclist or if it's just for fun, but I was sure I wanted to become a pro rider. From that point on it became more serious with the training, I was more focused than before, which paid off when I was 16-17 years and started to get good results, both in local and regional races. I won my first regional title in 2009 as a 16-year-old and as junior I won my first national title. It gave a lot of motivation and when I turned pro with Quick-Step Floors two years ago I had won four national titles.

I think I have a lot of the same characteristics as my father, Giuseppe Martinelli, who was second in the Olympic Games in Montreal, in 1976, and won a few stages in Giro and Vuelta in his career. A fast guy but not a real sprinter and quite okay on an up-and-down parcourse. We talk a lot about cycling and my races. In the Giro d'Italia he was also there for Astana, so in the evening we spoke for a few minutes about the day overall. A really nice experience!

My goal is to perform better on smaller climbs, on difficult up and down parcourse and to be able to drop the real sprinters and take a victory without the very fast guys being around. This season I have experienced that the level is really high on the climbs and that my level is not there yet, but I hope to improve this over the next years.

On the other hand, I also like the role I have on the team now, being part of the lead-out for Fernando. I am quite good in this discipline because I can do a long sprint. However, I don't know my limits yet and I am very motivated to see how far I can go, even with my time trial performance, which was my big love and where I got my biggest results as a junior and U23. I am in the best place I could dream of, I am able to develop as a rider with Quick-Step Floors, I get my own chances, I win with my teammates. Of course it is never easy to win but all the riders get their chance here and this year we once again proved to be the best team in the world! 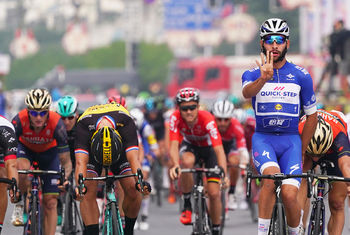 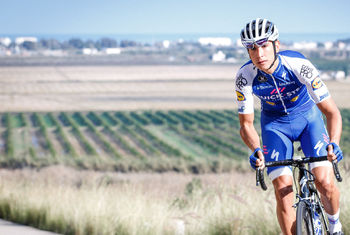 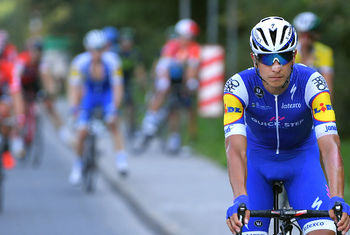 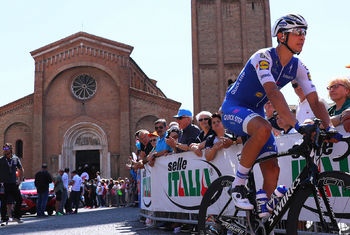 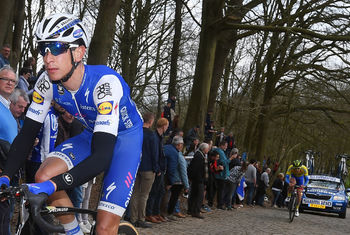 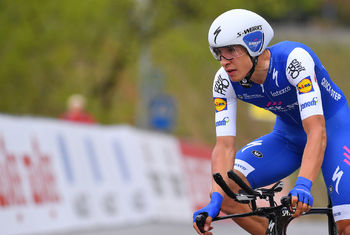 Martinelli out from the Italian ITT Championship