Julian Alaphilippe: Living the dream with an eye on the Tour de France

We caught up with the charismatic Frenchman to wish him a happy birthday and hear how he experienced racing Dauphiné, coming out of a three-week-long altitude camp and how he is looking forward to the first months being 26 years old and heading into the Tour de France.

First of all, a happy birthday, Julian! Did you have a good day?

Thanks a lot, and thanks to everybody who sent me their wishes on social media. It makes me proud and happy every time I see all those people from around the world supporting me and the team, #TheWolfpack. We have the best fans in the world, from Colombia to Belgium, France to USA.

I had a really nice day with my family and friends where I got to relax a bit after a very hard Dauphiné. I don't see my family that often anymore so it was really nice to be able to spend some quality time with them on my birthday.

You mentioned Dauphiné yourself. How was the race?

Dauphiné is a mythical race, one of the biggest in France, in the world actually. It was a tough edition with some heavy stages, especially the last four days which were all about the mountains. Most riders who are in the selection for the Tour consider Dauphiné – together with Tour de Suisse – as a key build-up race so the level is always very high.

In the Dauphiné, you often get the chance to recon some of the roads or stages that will be used in the upcoming Tour, like this year, where the penultimate stage was identical to what will be stage 11 of the Tour, a rather short one of 110 kilometers but very demanding with four mountains on the menu, two of them out of category. 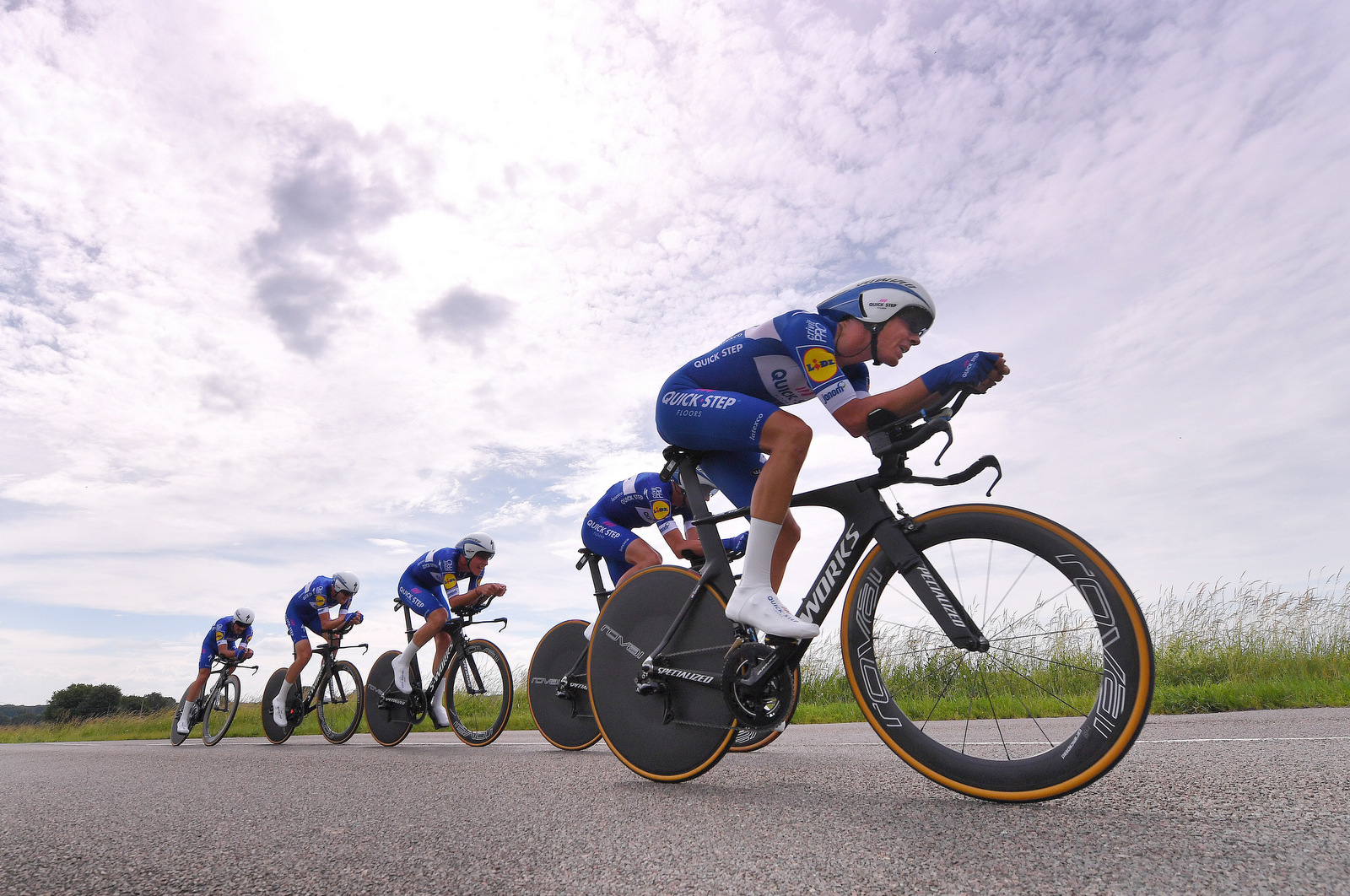 With a 35km team time trial we also got a chance to try our formation and do a real effort in the TTT formation ahead of the Tour, which includes a 35.5km TTT as well on stage 3. It won't be the same team but it was a good rehearsal.

How do you think of our own and the team's performance?

It makes me proud to be part of such an amazing team, a team that is active in almost every stage and able to make a difference in about any terrain. We were present with three men in top 20 on the prologue, notched up a second place on stage 1, did a strong TTT, had Pluske in a promising breakaway on stage 5 – and I was of course very happy to win stage 4, the day before.

I have been focused and training hard to get to this point so when you win, it feels like everything makes sense, it all comes together

Bob was well-placed in the GC as well but he crashed into a road sign on the final stage and lost 18 minutes or so. Fortunately, he is strong as an ox so he pulled through and hasn't endured any serious injuries.

Your previous victory came in the week of the Ardennes where you won Flèche Wallonne. What have you been up to in the space between then and Dauphiné?

After the Ardennes, I spent a few days at home with my family and friends to relax and enjoy the moment, letting everything sink in after a successful Ardennes week. I didn't rest on the laurels, though, but kept my focus on the next goal of the season.

I went to Andorra and afterwards to a long altitude training camp in Sierra Nevada – almost three weeks we stayed up there. There is not much else to do than train and relax but fortunately we were a good group of riders from the team, together with our trainer Remko and soigneur Fre.

We did a really good block of work which hopefully will do us all good in the upcoming races. In fact, it already paid off in the Dauphiné. 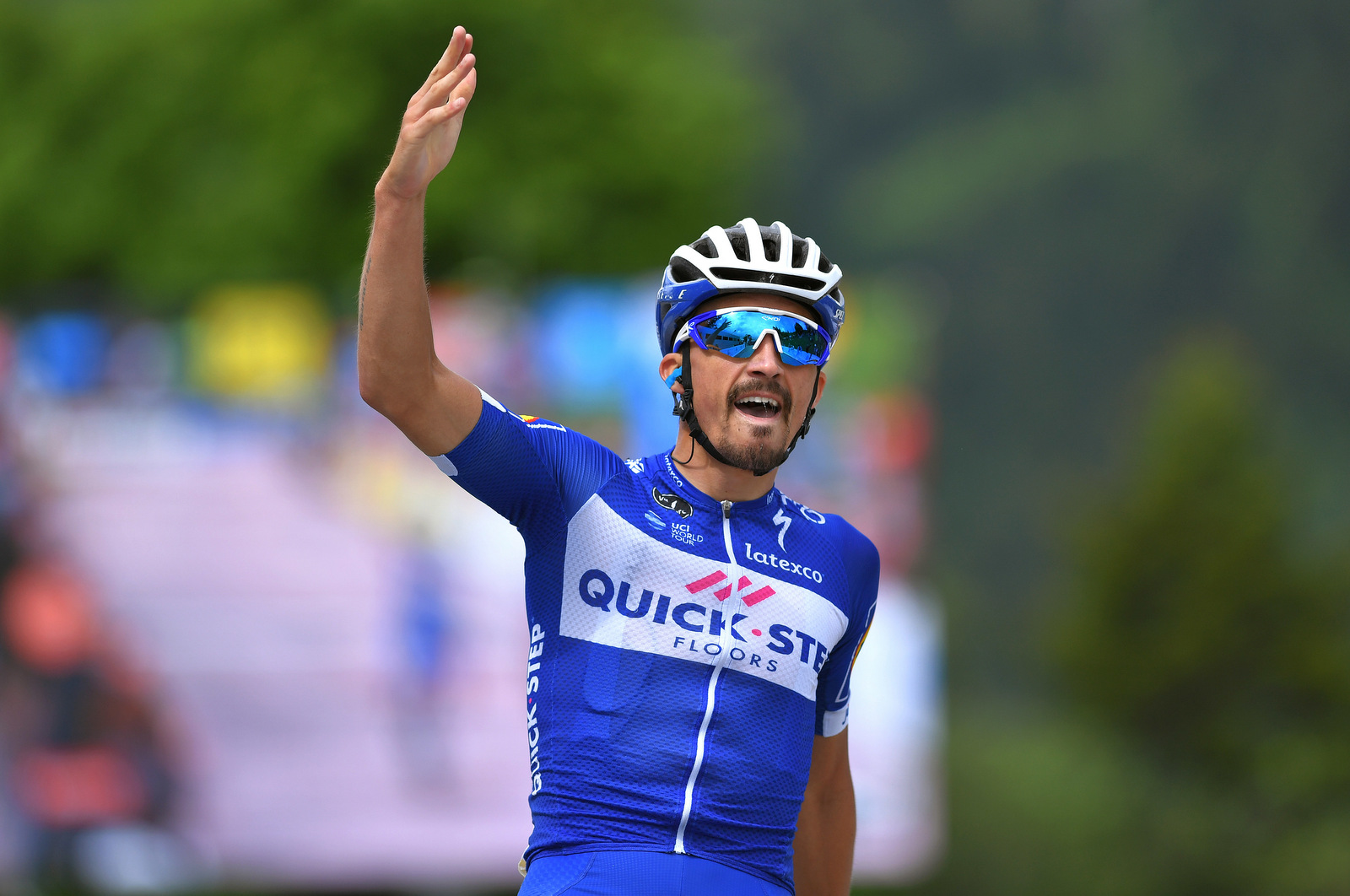 How is life at 2000 meters during a three-week long training camp?

Every day is the same but different. You do a solid block– typically three to four days of training – followed by a rest day. Each day you are focused on the training session in which you do specific intervals for specific purposes, like building strength, resistance in the mountains and longer climbs, speed etc. I like climbing but I am not a climber so it was really hard every day but it gives you great motivation when you know you will improve and hopefully come back to racing with a good level, like in Dauphiné where you need it to get through four very tough mountain stages crammed in the last four days.

Is it all about training or do you have time to do something else?

We went one day to Granada, a lovely city with a fantastic Andalusian atmosphere, located at the foot of the Sierra Nevada mountains, with nice restaurants and people hanging out on the streets eating tapas and chatting with each other. It is important to breathe and take some fresh air for the mind during such an intense three weeks. By having a rest day and allowing yourself to do something completely else than cycling and training, you come back more focused for the upcoming block of training.

How important is it to have teammates around on an altitude camp?

As a very social person, I wouldn't be able to do it without my teammates. They are both important during the training, where we can push each other, and after, where we relaxed and hang out together. Others can stay there alone but I prefer company every single day.

What do you do to relax after a training?

We were watching the Giro d'Italia at every chance we had. When you are away on such a camp, everybody is really focused on the training and preparation but after the training ended it is really nice to hit the couch and watch your teammates do such a good job in the Giro.

Apart from watching the Giro, I began watching on Netflix the Narcos series and finished it in 12 days. Three seasons, gone like that. After training, we ate, every second day we had massage, and then it was Narcos time for a few hours. Was really nice!

Who did you share a room with during this period?

I shared a room with Bob, who has been my roommate at the races we have done together this year. We have known each other for a long time, we obviously share the same passion and have a really good relationship. I am happy we are both going to the Tour. Also Yves Lampaert was there along with Enric Mas, Pieter Serry and Philippe Gilbert. A nice group! 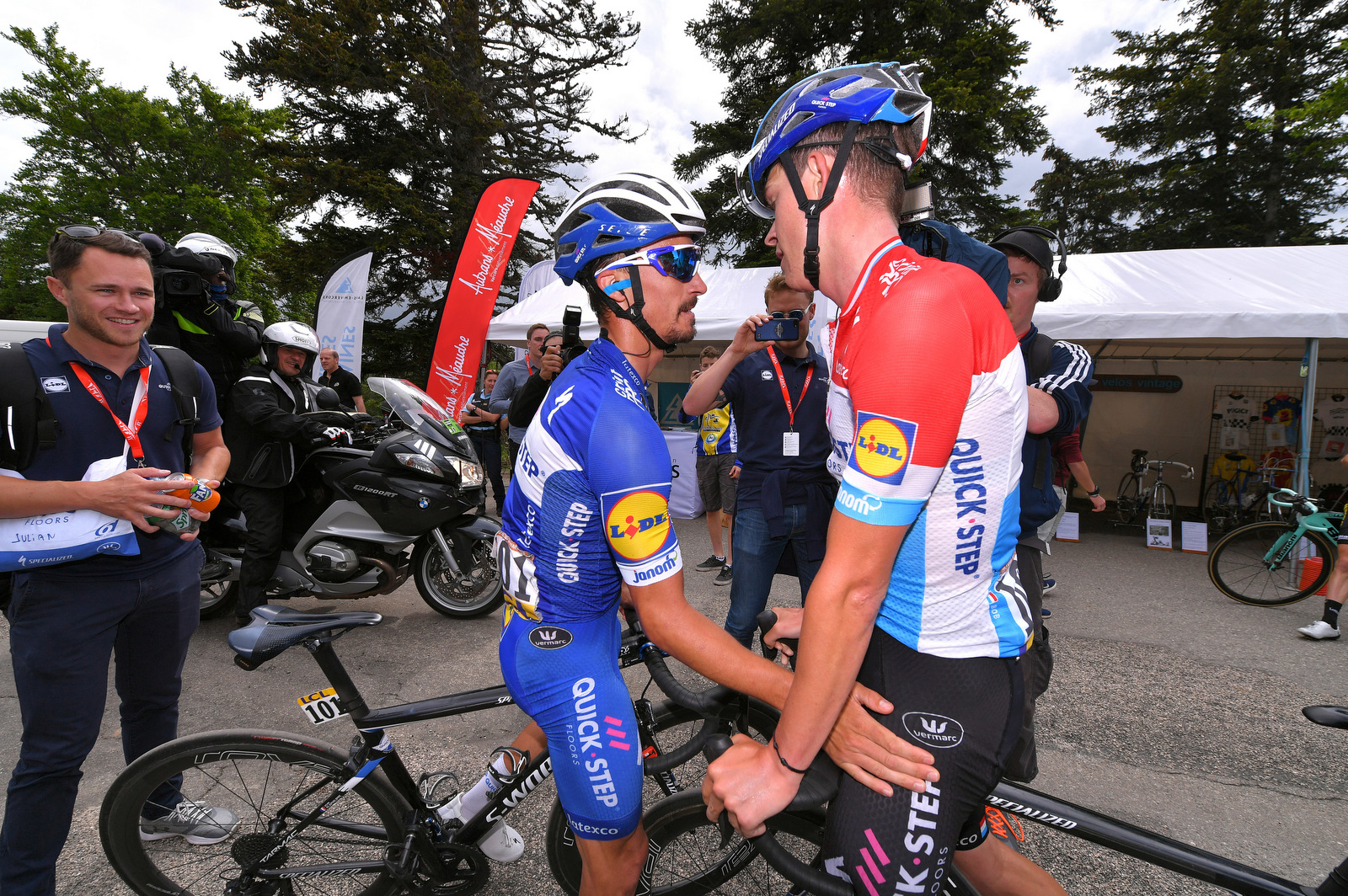 What is laying ahead of you now?

Next week, I will do a recon with Bob Jungels to see some of the most important climbs of the Tour and then it is time for the Nationals, which is always an interesting event where we will be three riders from Quick-Step Floors this year with me, Cavagna and Sénéchal. From the Nationals, I will head straight to join the team to see stage 9 of the Tour, which features 21.7 kilometers of cobblestones, a very important and perhaps decisive stage for the GC contenders. We will have to be prepared for everything.

What is your experience with the cobbles?

I never raced on cobblestones before, in fact, I never did a proper effort on them on a road bike. I did cyclocross but it has been a while and you can't really compare it. That is why I am going there to do a recon. I am not nervous but look forward to being back at the Tour and experience everything it has for us, including the cobbles, which will give a great show.

And what is your goal?

For sure, my goal is now to arrive in top shape for the Tour and enjoy a great race. That is what I have my eyes on. It is hard work but I love what I am doing, I am living my dream and I want to get the most out of it.