Our Colombian sprinter didn’t have time to get bored in lockdown, from where he emerged with a huge hunger of victories.

In mid-March I was in Greece with the squad when the Colombian government announced they were going to close the borders because of the coronavirus outbreak. We decided it was best to fly back home to Colombia. When I got there, I had to follow the newly established protocol: I was tested for COVID-19 and had to spend 15 days at home in quarantine. So, I did just that, alone in my apartment in Medellin. After my quarantine I travelled to my family in Monteria, in the north of Colombia. The airports were already closed so I had to take the car. It was a ten-hour drive for which I got a special permit from the local government, allowing me to join my family. That’s how I ended up spending the lockdown period together with my family in the place I grew up, for two and a half months.

Everything was closed in Colombia, everybody stayed in their homes.

We could only go outside once a week to go to the supermarket. It was tough, but to be honest, the situation now is even worse than at that time. When they started reopening the stores, more people went outside and on the streets. Some people respect the guidelines, but for others it’s really hard. About a week ago we had a national day without VAT, which led many people to the stores. Everybody went outside to go shopping! But I understand that. You could save a lot of money and for most people it’s been a really tough time. Restaurant owners, shop owners, farmers… Everybody was affected by the coronavirus. Imagine having to close your business for three months. It’s been hard. At first you don’t think it’s super bad, but when you see a country going into complete lockdown, when there’s no one on the streets and companies are getting bankrupt, then you realize it’s something dangerous that can hurt you and your family. We can’t do anything but follow the protocol and try to stay safe.

Luckily for me and my family we are healthy. Most businesses, shops and public transportation are still closed, but professional cyclists can go outside again to train on the bike since one and a half months now. When they allowed us that, I went back to my flat in Medellin. I had been training on the rollers for three months. Mentally that was extremely demanding. We didn’t know why we were doing those three or four hours on the rollers each day. We didn’t know when we could start racing again and it was hard to keep up the morale. I spent a lot of time in the gym, doing fitness exercises. In December, after my crash in the Tour de l’Eurométropole, I couldn’t do those. So, I did a lot of weightlifting, squatting and such when I had to stay inside.

On the first day of outdoor training I spent 6 or 7 hours on my bike. I really missed it after such a long time training on the rollers. I just wanted to keep riding, stop for a coffee and then continue riding again. Since about six weeks ago, I’ve been able to follow my normal training program set out by the team coaches. The idea is to get in good shape again for the upcoming months. 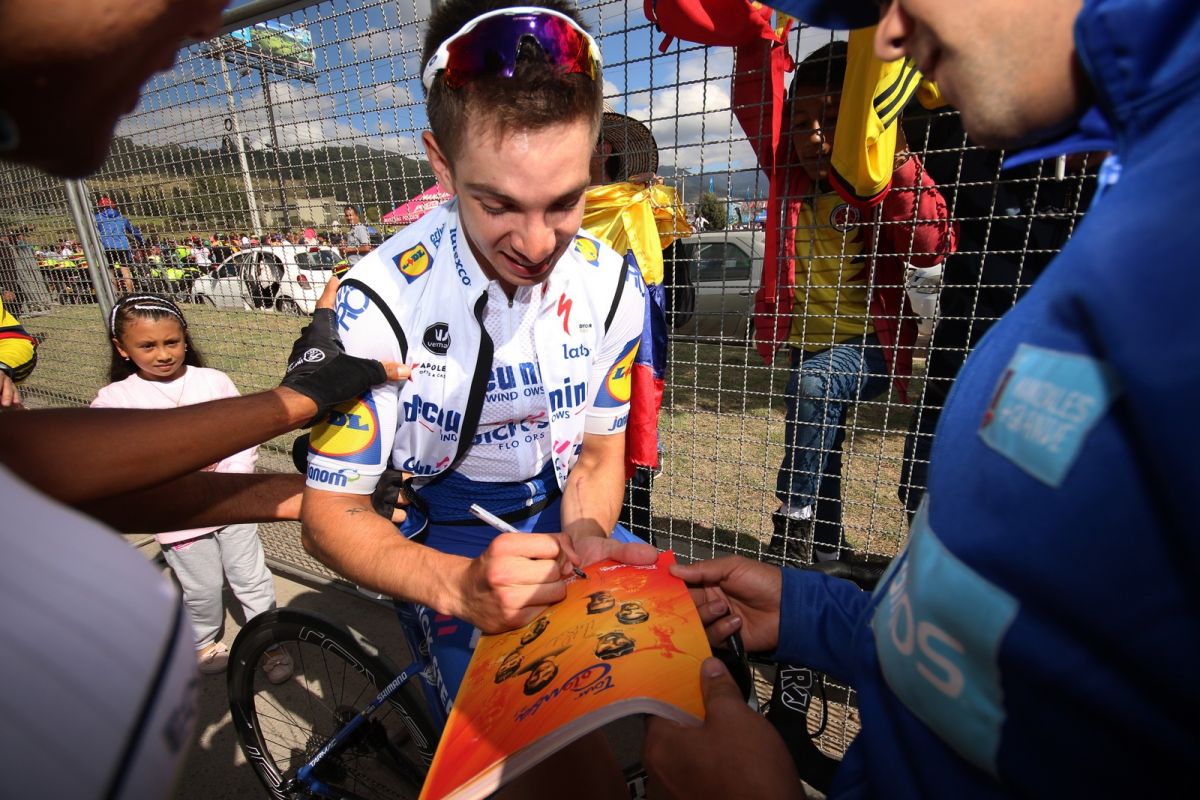 I tried to spend my time in a useful way during the lockdown. I started learning Italian. I do it on my computer and I’ve only just begun but it’s a nice language that I really want to be able to speak. But aside from that, I have to say that the only good thing in these hard times has been the time I got to spend with my family. Since I turned professional, I had never spent more than two continuous weeks with them. I enjoyed playing cards or table games together and in fact just being together. We shared good moments, watched movies together and worked out together. I would have become crazy if I had to spend those three months alone in my apartment.

Because so many families were struggling to get through this, with people even asking for food on the streets, my brother and I launched a small project to support families in need in Montería. It was actually my brother’s idea after he’d seen Alberto Contador auctioning his road bike for COVID-19 relief. I had a Specialized bike that I wanted to give to my mother, but we decided to do something similar with it. So, we organized a raffle. I didn’t really know what to expect of it, but the support for the project was impressive. Lots of people bought a 5 euro ticket to get a chance of winning the bike, but mainly to support the local community. I had hoped to raise more than 5 000 euro with the raffle, but in the end, we got 15 000 euro, after just over one week!

Thanks to all of those people we were able to make 1 250 food boxes to be distributed in the poorer neighbourhoods of Monteria. Because we also wanted to help local businesses and small shops, we bought from them to put together the boxes: rice, pasta, avocados, tuna, oil, chocolate, sugar. Enough food for about 5 or 6 days. My mother, father, brother and cousins helped to prepare the packages. With the help of the local government we then went to the communities in need to hand out the boxes. Two big trucks of food.

It was a nice family project that started as a small idea but thanks to the massive support of the people turned into something bigger.

It was nice getting positive reactions and seeing the little kids smile when they got the boxes, but I also feel bad because there were a lot of people that we couldn’t help.

Racing with the Wolfpack

In the past few months, I stayed in touch with the sports directors, coaches and teammates. It’s not like we talked every day, but when they or I posted something on Instagram we chatted a bit to check how we were doing. I really miss the Wolfpack, I miss Europe, I miss the feeling of racing! It’s been so long! This never happened to any of us before, three months without seeing each other and training or racing together. I’m training alone now, but it’s different. 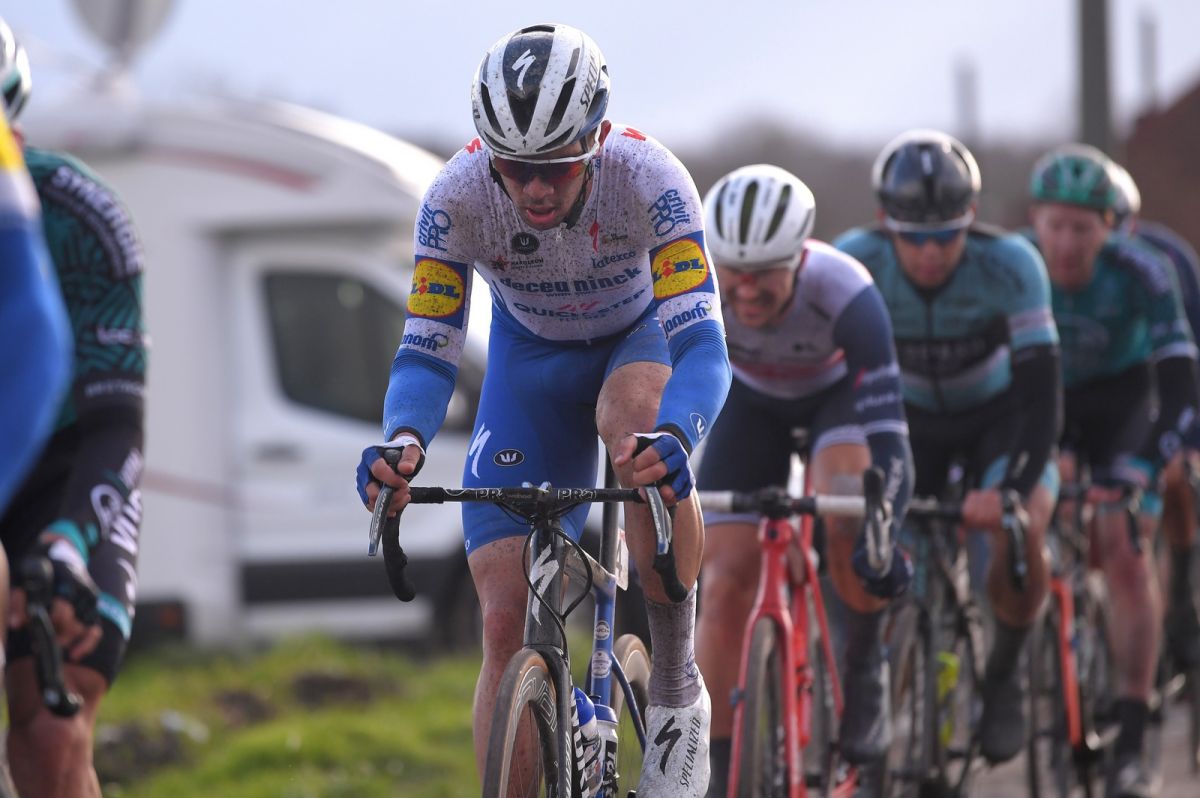 When the team gathered in Belgium to do some recons of the cobbled Classics and I saw the videos on social media, I realized I also really missed riding the cobbles. So, I searched for some cobbles in the Medellin area and eventually found a one-kilometer cobbled stretch on a small uphill street at 3 000 meters altitude. I was so happy I rode it three times. Just because I had seen my teammates on the parcours of the cobbled Classics. I really want to get back to Europe now and prepare for the next part of the season. My program isn’t fully mapped out yet, but it doesn’t really matter where I race. I would like to do some big races, but honestly, I just want to get that racing feeling again. I trained really hard and I want to win again!