Eleven of the team's riders are ready and motivated to kick-off their season this week.

Trofeo Felanitx-Ses Salines-Campos-Porreres (176.8 km), Trofeo Pollença-Port de Andratx (153 km), Trofeo Serra de Tramuntana (143.9 km) and Trofeo Playa de Palma-Palma (161.5 km) are the four races scheduled in the second half of this week – between the 28th and 31st of January – that will come with a mix of flat and hillier terrain, two of them being suited to sprinters, while the other two will provide a fair chance to the climbers and puncheurs to steal the show.

The Challenge Mallorca will also see many of the Etixx – Quick-Step riders open their 2016 account under the Spanish sun. Julian Alaphilippe, Maxime Bouet, Gianluca Brambilla, Laurens De Plus, Iljo Keisse, Yves Lampaert, Gianni Meersman, Zdenek Stybar, Niki Terpstra, Matteo Trentin and Julien Vermote will form the team's contingent for the four races, which they will ride after previously training in the Balearic Islands in the past two weeks, under the supervision of Tom Steels, himself a winner of three races of the event (Trofeo Calvia twice and Trofeo Soler), back in 1997 and 1998.

The 45-year-old Etixx – Quick-Step sport director talked about the riders' preparation ahead of the start of the European season and why the first appointments of the year are important: "After Calpe, the riders had a week of recovery, and then returned to Mallorca, where during the past two weeks we did distance training, but also small and intense effort behind the motorbike, so that they could easily get into race speed."

Everybody showed a really good condition, worked hard and now awaits the start of the season with huge motivation.

"I noticed the riders are keen to prove themselves early, and that's always an encouraging sign. These first races will show how everything is going, and although you have to be competitive for them, it doesn't mean you have to be at 100%. Of course, everyone wants to win as soon the season starts, but we aren't going to put any pressure on our guys."

Of the riders lining-up for the Spanish races, Laurens De Plus will be the one making his debut in pro cycling. The youngest World Tour rider in 2016, he came to Etixx – Quick-Step recommended by top results in some of the toughest U23 events, such as Ronde de l'Isard, Giro della Valle d'Aosta and Tour de l'Avenir. Now, after getting integrated in the team and attending the winter's three training blocks, he is ready to pin a number and finally taste pro racing.

"The camp was hard, but nice in the same time. I enjoyed it a lot, even when I was suffering, because I really love what I'm doing. Must say I can't wait to wear my Etixx – Quick-Step jersey in a race. I am a little bit nervous, but the older guys have been super nice to me and gave a lot of advice and tips, which made me more relaxed", said the 20-year-old Belgian ahead of his debut in Spain, a country he's never raced before as a junior or U23. 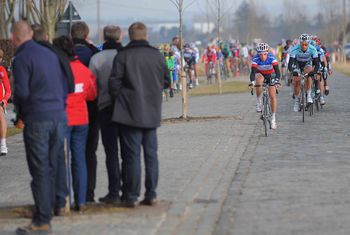 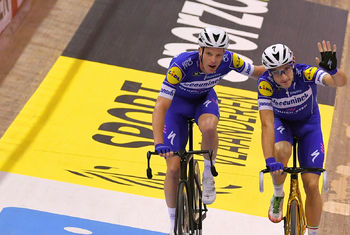