Zdenek Stybar and Niki Terpstra finished 8th, respectively 10th, while Stijn Vandenberg lit up the race by attacking inside the final 60 kilometers.

The Tour of Flanders is known for being one of the toughest races in the world, and this year's edition was no exception, as it witnessed some crazy speeds right from the gun, the first hour of racing having a 46.4 km/h average. The hectic meant it was extremely difficult for the riders to get away and make that move stick, and it wasn't only after 70 kilometers that six men managed to jump from the pack and open a gap: Imanol Erviti (Movistar), Hugo Houle (AG2R), Wesley Kreder (Roompot Oranje) Lukas Postlberger (Bora-Argon 18), Gijs Van Hoecke (Topsport Vlaanderen) and Federico Zurlo (Lampre-Merida).

After the break was established, things chilled down, but not for long, as the first ascent of the day – Oude Kwaremont – came at kilometer 103 and saw Etixx – Quick-Step and Sky push a hard pace in order to stretch the peloton and take the pulse of their opponents. As it's always the case, the crashes played their part in making the selection, Tiesj Benoot (Lotto-Soudal), Arnaud Démare (FDJ) and Greg Van Avermaet (BMC) being the most notable names which were forced to retire. Also Tom Boonen was involved in the pile-up, but he returned to his bike and continued the race, although the aftermath of the crash eventually took its toll on him.

With 100 kilometers left, Etixx – Quick-Step was still driving the bunch and it was Tony Martin the one who put the hammer down on Leberg, splitting the peloton. Then, Dimitri Claeys (Wanty-Groupe Gobert), André Greipel (Lotto-Soudal), Dmitriy Gruzdev (Astana) and Nils Politt (Katusha) attacked and soon joined the escapees, while the mini-pelotons scathered on the road were regrouping. The real race was due to start in the final 60 kilometers, with Oude Kwaremont, Paterberg and Koppenberg expected to play a key role in the outcome, and our team moved with Stijn Vandenbergh, who surged away and had only Dylan Van Baarle (Cannondale) take his wheel.

Vandenbergh, who was riding his seventh De Ronde, put on a tremendous effort to make contact with the day's escapees and after doing that, he was still very active at the front by doing some strong pulls and helping the group stay away, thus forcing other teams to take responsibility in the chase. On Taaienberg, a group formed, as the pre-race favourites sent their lieutenants at the front before joining them, in a move which contained around 20 men.

After Kruisberg, Michal Kwiatkowski (Team Sky) sparked an attacked that saw only Peter Sagan (Tinkoff) and Sep Vanmarcke (LottoNL-Jumbo) respond, and they quickly built a 30-second gap before others could react. The three surged on the Oude Kwaremont, where they caught Stijn Vandenbergh's group, and took the lead of the race in the run-in to Paterberg, where Kwiatkowski was left behind. In the meantime, the penultimate hill of the day had Fabian Cancellara (Trek-Segafredo) jump from the chasing group in an attempt to link with the two, but all that he could do was reduce the gap before being caught by a group led by Vandenbergh and Terpstra.

On Paterberg, world champion Sagan distanced Vanmarcke and soloed to the finish in Oudenaarde, while the Belgian got caught by Cancellara – who accelerated again, this time on the descent – and the two of them began the chase. It was to no avail, because the Slovak proved to be the strongest and took his first Monument win, half a minute ahead of Cancellara and Vanmarcke, who rounded out the podium. A bigger group came 49 seconds adrift, and in it there where Zdenek Stybar and Niki Terpstra, who used their last ounce of energy to sprint and notch a top 10 each, the Czech coming 8th, two places ahead of his teammate.

Best placed Etixx – Quick-Step rider at the finish, Zdenek Stybar talked about his sensations during the race and of what happened in the key moments: "We gave it all, but unfortunately we missed that extra something we needed to win. When Sagan and Kwiatkowski attacked, you could see that not even Cancellara could close the gap, so that shows how strong the ones at the front were. Everyone could see that we really wanted the win, but we didn't pull it off, although we gave our best."

His feelings were echoed by Niki Terpstra, last year's second place, who was once again up there, among the protagonists, despite having cramps on the Paterberg: "The race was hard. Iljo, Nikolas and Tony were really great in the first part, so hats off to them. After Cancellara attacked on the Kwaremont, we closed the gap with the help of Stijn, but after Fabian took off on Paterberg there was nothing more to do, especially as the unusual high temperatures led to cramps. We are happy with the fact that the team was strong, as this gives us confidence for next week's Paris-Roubaix."

One of the most hard-working riders in the peloton, always ready to sacrifice himself for the team's leaders, Stijn Vandenbergh went into one of the day's main moves before being reeled in. Even after that, he kept pulling hard and helped Terpstra stay in contention: "I attacked early, before the Paterberg, as that was the plan. Van Baarle joined me and we were really strong together. Then, once I got caught, I pulled for Niki and even tried to go alone in the last two kilometers, but the other didn't let me. Still, I am satisfied with the race I did."

Also Tom Steels made an analysis of the 100th Ronde van Vlaanderen, the Spring's second Monument, and even though the team missed on the win, he was satisfied of the way it rode: "Nikolas and Iljo made sure a break will not go in the first 70 kilometers, before finally allowing six riders to jump clear. Tony was another rider to do a fantastic job, which came as proof of how much he has improved since kicking-off his Classics campaign. He attacked, he forced a selection and he set the pace, and that says a lot about his quality on this terrain. We tried to make the race hard, we had a good tactic to which we tried to stick, but others were too strong today in those final kilometers, so that's that." 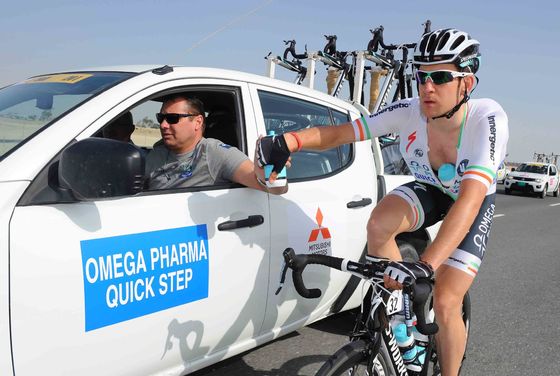 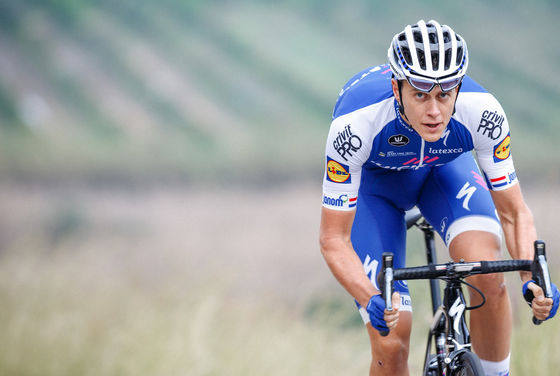 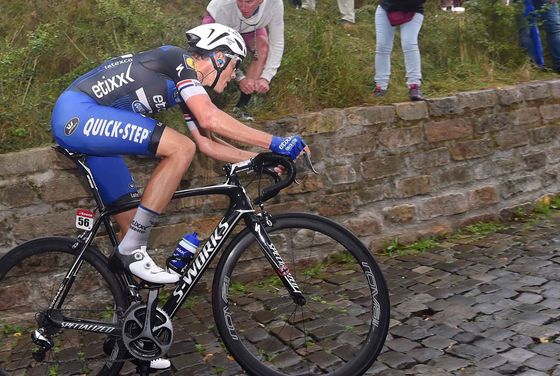 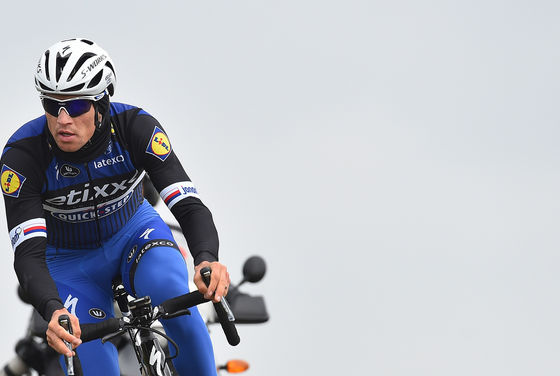 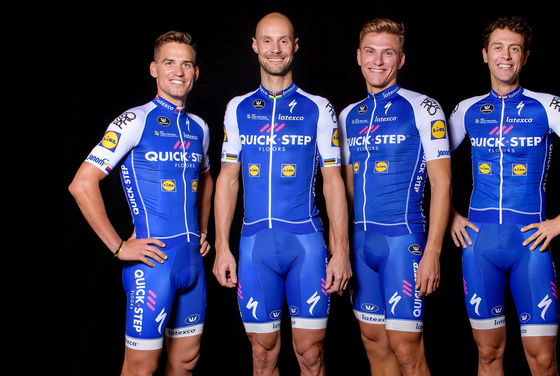 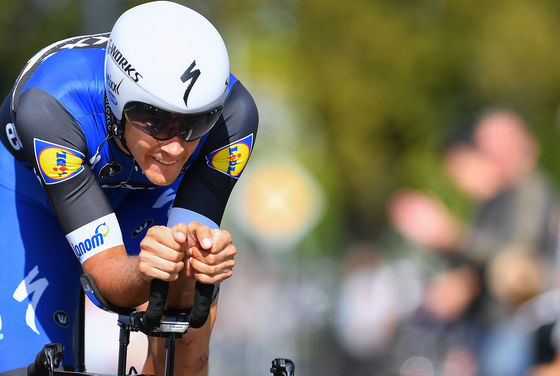 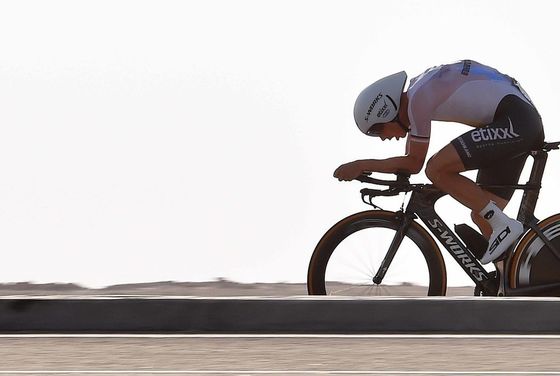 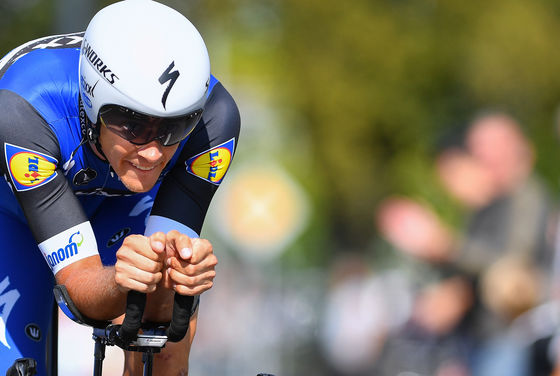 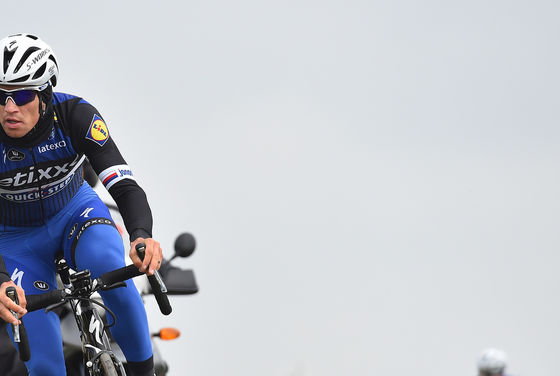