Returning to the race after after two years, the German took a solid result in Utah Beach.

Mont-Saint-Michel welcomed the Tour de France peloton for the first time in three years, but if in 2013 it was at the end of an individual time trial (won by Tony Martin), this time the scenario was totally diferrent, as the Normandy commune hosted the Grand Depart of the race, a 188-km long road stage. 198 riders coming from 22 teams lined up at the start and rolled over the neutral kilometers, and once the flag was dropped, five men slipped away and quickly opened a 5-minute advantage: Jan Barta (Bora-Argon 18), Anthony Delaplace (Fortuneo-Vital Concept), Leigh Howard (IAM Cycling), Alex Howes (Cannondale) and Paul Voss (IAM Cycling).

As soon as the quintet's gap hit its peak, Etixx – Quick-Step came to the front to control the peloton and helped by Lotto-Soudal took back time on the breakaway. The real action began with 107 kilometers to go, when the tricky road furniture led to a crash in which several riders were involved, including Brent Bookwalter (BMC), Alberto Contador (Tinkoff) and Geraint Thomas (Team Sky). As the pack didn't push, deciding instead to slow down the pace, they rejoined the main group, who shortly after became nervous because of the crosswinds.

The strong wind didn't result in any splits, despite an attempt coming from some teams. After things settled, the bunch continued its pursuit of the escape, which had only Delaplace and Howes left up the road. Etixx – Quick-Step brought its strong engines to the fore and they reeled in the breakaway inside the final five kilometers. Tour de Suisse points classification winner Maximiliano Richeze and Fabio Sabatini helped Marcel Kittel make his way to the front, leaving the German in a good position with 500 meters remaining.

Unfortunately, a crash occurred in the finishing straight changed everything and Marcel had to open his sprint early, in the wind, responding to an acceleration of Peter Sagan (Tinkoff). The strong effort he put in saw Marcel Kittel conclude the Tour de France's curtain raiser behind Mark Cavendish (Dimension Data), but ahead of the world champion and André Greipel (Lotto-Soudal), in what was just his seventh day of racing in the past six weeks.

"It was a big fight in the last five kilometers. Everyone wanted to be there, even the GC guys fought hard to get at the front. My boys where very strong, did a great lead-out and kept me well-positioned. Because of the crazy finale, I had to start the sprint from left side and go really early; that made the difference today, because Mark started his sprint later. When you are in the wind and someone is coming from behind, there's no chance to keep up. Of course I am disappointed, because it was my goal to win, but I must congratulate Mark; he's one of the fastest guys in the world and it's no shame to lose to him. On the up side, the team worked well, I'm satisfied with how my legs felt and we are sure more chances will come in the next days", Marcel Kittel said after the finish in Utah Beach, where a Tour de France ended for the first time in history. 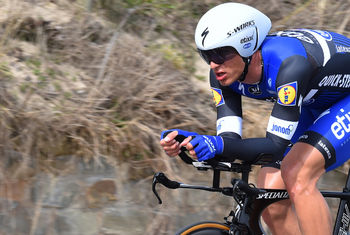 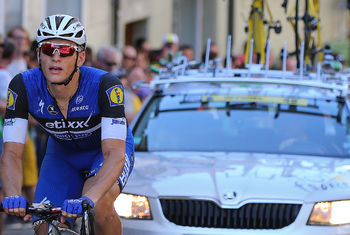 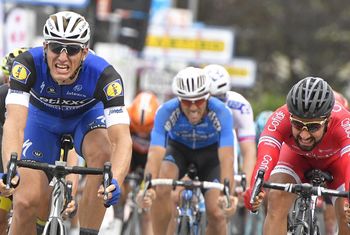 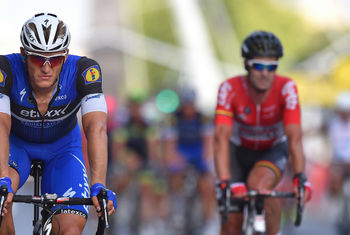