Julian Alaphilippe and Matteo Trentin animated the World Tour race, before it eventually came down to a bunch sprint.

That advantage meant the escapees stayed up the road until the final hour of racing, fighting for the KOM points spread across the course, before the combined work of Etixx – Quick-Step and Orica-BikeExchange reeled them in, signaling the real start of the race, one which witnessed a plethora of attacks.

Julian Alaphilippe – who was riding the Canadian event for the third year in a row – slipped away inside the final 20 kilometers, took Luke Rowe (Team Sky) with him and kept pushing even after the Welshman got caught by the charging pack. His impressive move and valiant effort came to an end under the impetus of Tinkoff, but that didn't stop the 24-year-old Frenchman from having another go later in the race.

With around five kilometers left, Julian and teammate Matteo Trentin rolled the dice together with Gianni Moscon (Team Sky) and managed to put some daylight between them and the peloton, who didn't react immediately. At the bottom of the penultimate hill, Montée de la Fabrique (190 meters, 7%), the trio had around 15 seconds on the chasers, but everything came apart on Montée du Fort, the final climb of the day, where Rigoberto Uran (Cannondale-Drapac) made contact with the leaders and continued to surge away.

A frantic peloton came from behind at a blistering pace and reabsorbed the Colombian rider 200 meters from the line, before sprinting for the win on the uphill drag to the line. Peter Sagan (Tinkoff) edged out Greg Van Avermaet (BMC) and Anthony Roux (FDJ), while Petr Vakoč – who got in the mix for Etixx – Quick-Step – finished 9th, thus nabbing his 14th top 10 placing of the season, by far the most successful since turning pro.

"In the last lap of the race I was in the front, waiting for the right moment to make a move. When Matteo and Julian went, I continued to stay there, in order to slow down the chase, as their group had a good chance to stay ahead. The guys took a nice gap, but the bunch came back at crazy speeds and caught them with around one kilometer to go", said Petr, who rode the Grand Prix Cycliste de Quebec for the second time in his career. "Then, when Uran attacked, I tried to follow him, but couldn't close the gap and at that point my chances for a good sprint were compromised. But on Sunday, in Montreal, another race will come, and with it, another opportunity to go for a good result." 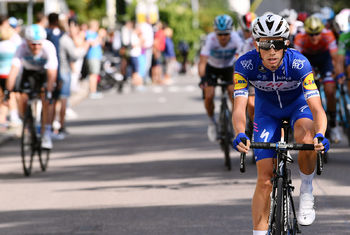 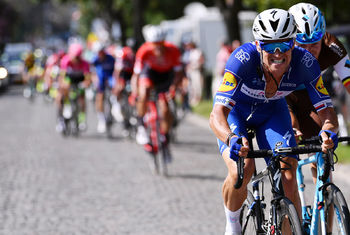 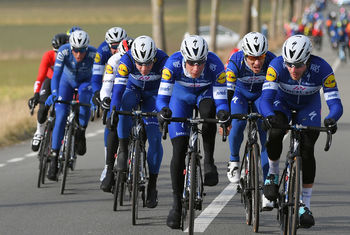 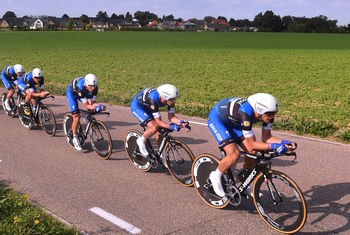