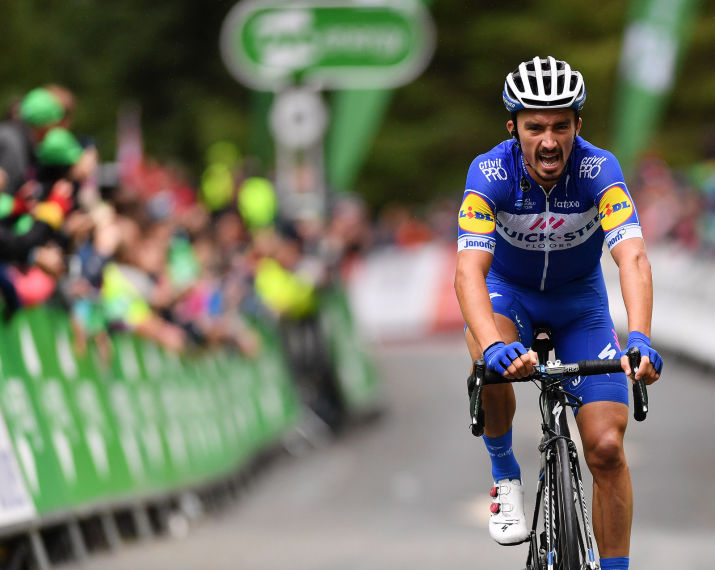 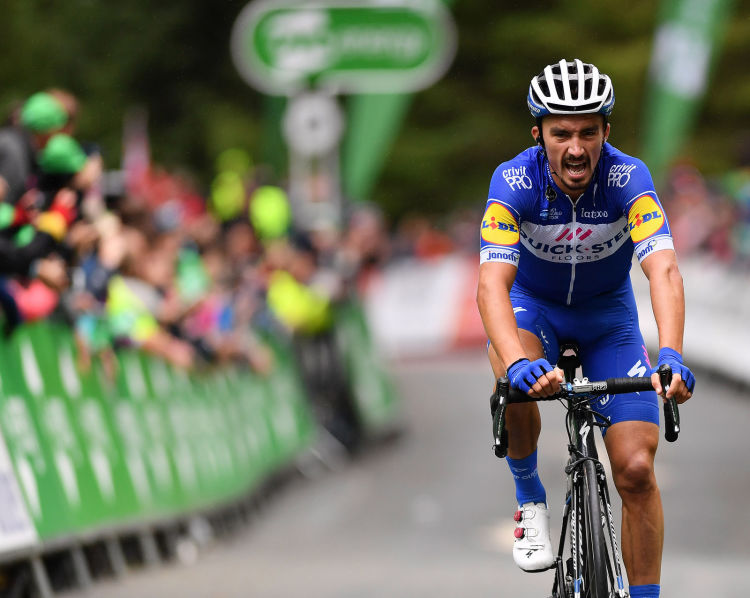 Runner-up on the queen stage of the race, the Frenchman inched closer to the second GC win of his career.

Julian Alaphilippe moved to the top of the overall standings after a tremendous team effort of Quick-Step Floors, who controlled the entire stage 6 (Barrow-in-Furnes – Whinlatter Pass, 168.3 kilometers) from the very start with Fernando Gaviria, Iljo Keisse, Maximiliano Richeze and Max Schachmann, who kept things together despite the numerous attacks until the first intermediate sprint – where the Frenchman showed he was a man on a mission, bagging three bonus seconds and reducing the deficit to the green jersey wearer.

When things calmed down, four men went on the offensive and eked out a three-minute advantage, prompting Quick-Step Floors to show again their colors at the front and take responsibility on the hilly course dotted by several classified climbs, including Whinlatter Pass, which was due to be tackled twice. With the final ascent looming on the horizon, Bob Jungels took over the reins and put down the hammer, a move which resulted in the escapees being caught one by one and the field stretched out on the 7.1% slopes of the 3.2km Whinlatter climb. 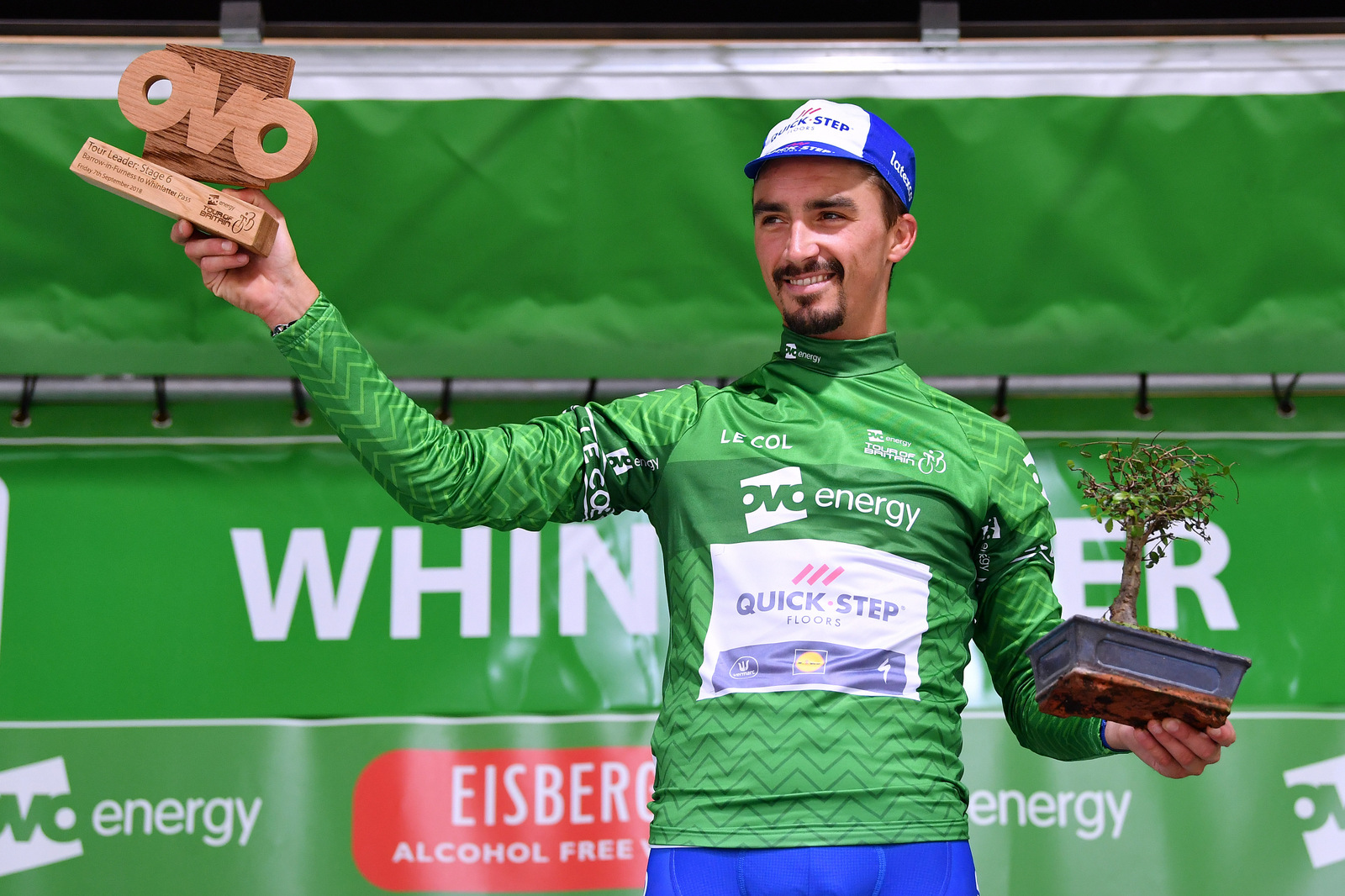 After being led out by the Luxembourg Champion, 26-year-old Alaphilippe – second overall at the start of the day – didn't waste any time in showing his intentions and as soon as the gradient stiffened, launched a devastating attack to which only two riders could respond. Noticing that race leader Primoz Roglic (LottoNL-Jumbo) got distanced, the Frenchman sacrificed his chances of repeating the stage 3 victory, focusing instead on attacking relentlessly and extending the gap over the Slovenian.

Quick-Step Floors' rider continued to keep the speed high and pull hard at the front of the three-man group, not holding off in his efforts of taking the green jersey, which eventually landed on his shoulders after crossing the line in second place, behind Wout Poels (Team Sky). Having enjoyed so far an annus mirabilis, which saw him win Flèche Wallonne, Clasica San Sebastian and stages at Colombia Oro y Paz, Vuelta al Pais Vasco, Critérium du Dauphiné and the Tour de France, Alaphilippe is now just two days away from wrapping up the general classification at the Tour of Britain

"First of all, I want to thank to all my teammates, who were once again fantastic and fought hard for me! They protected me today and did a great job on what was a very tough and hectic stage right from the start. The plan was to take the green jersey and having succeeded gives me immense joy", said Julian, who enjoys a 17-second margin over his closest opponent ahead of the weekend. "I knew the final climb was the only place where I could make the difference, and that's why we had Bob – who is like a brother to me – take the front and set that fierce tempo which immediately created some significant gaps. I was thinking only of the GC, so I gave everything on this hard finale until the last meter, and seeing that our tactic and amazing job paid dividends makes me proud of the entire team." 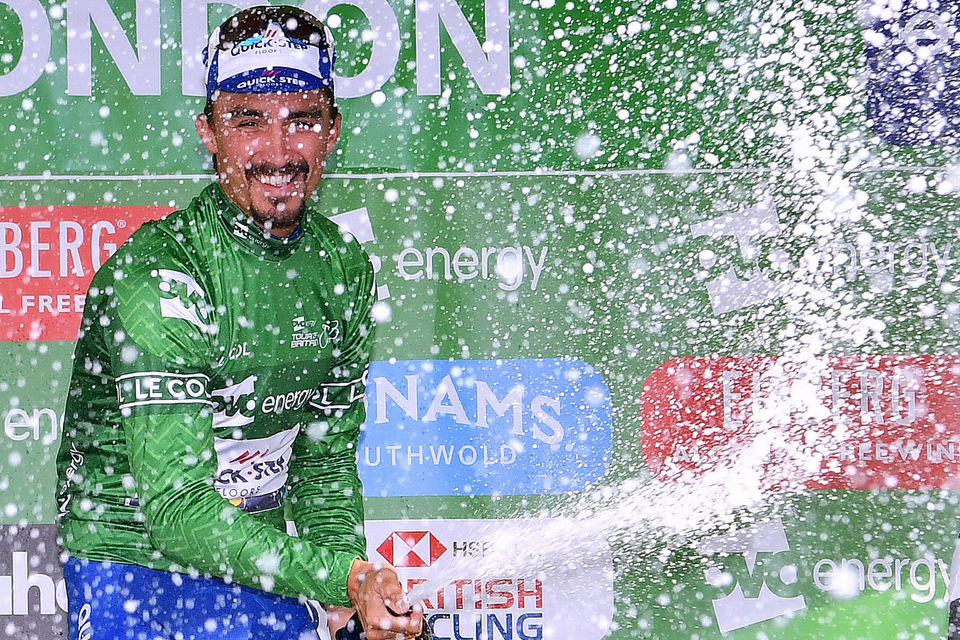 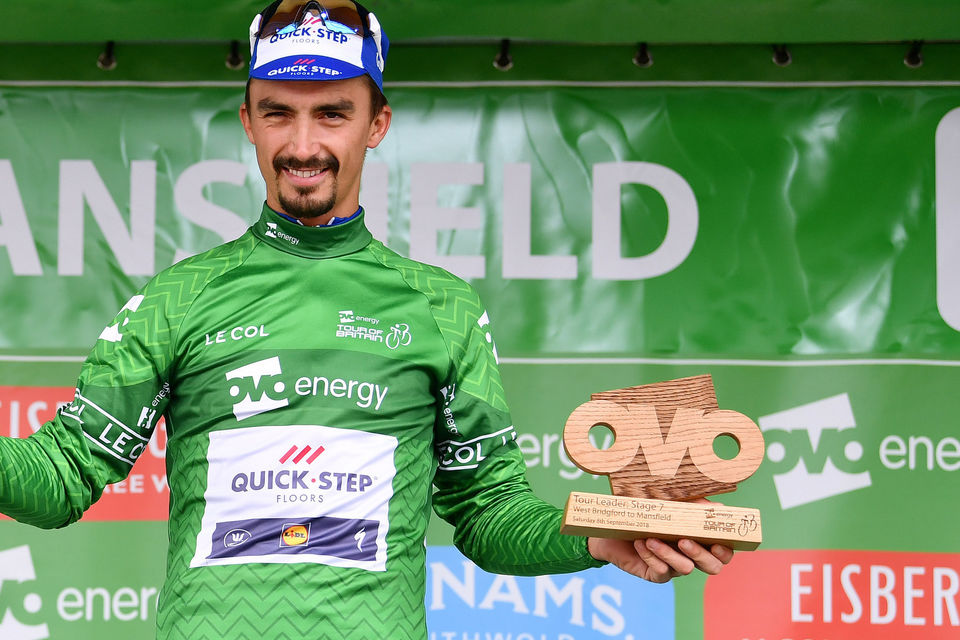 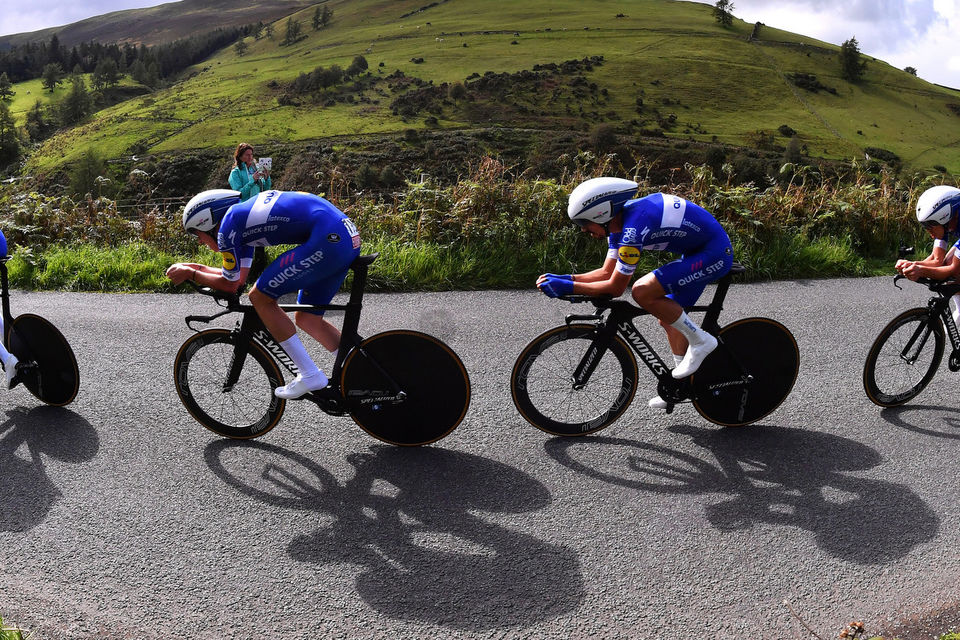