The first Frenchman in the history of the Vuelta a San Juan to win a stage, Julian Alaphilippe doubled up at the Argentinean race after blitzing the 12km-long out-and-back course in Pocito, where the peloton returned 48 hours after completing stage 1.

Penultimate rider to roll down the start ramp, Julian put in a flying ride that saw him record the second fastest result at the intermediate checkpoint before clocking the final time of 13:41, enough to unseat provisional leader Valerio Conti (UAE Team Emirates) by a clear margin and sign off the fourth Deceuninck – Quick-Step victory of the season.

Victorious also in Peri Lago Punta Negra, Alaphilippe moved to the top of the general classification following his impressive win and now carries an 18-second advantage over the next rider in the standings, with four stages left at the 37th edition of the South American event. Despite putting between him and his GC rivals seconds which could prove crucial in the fight for the overall, Julian still doesn’t think of himself as the main favourite. 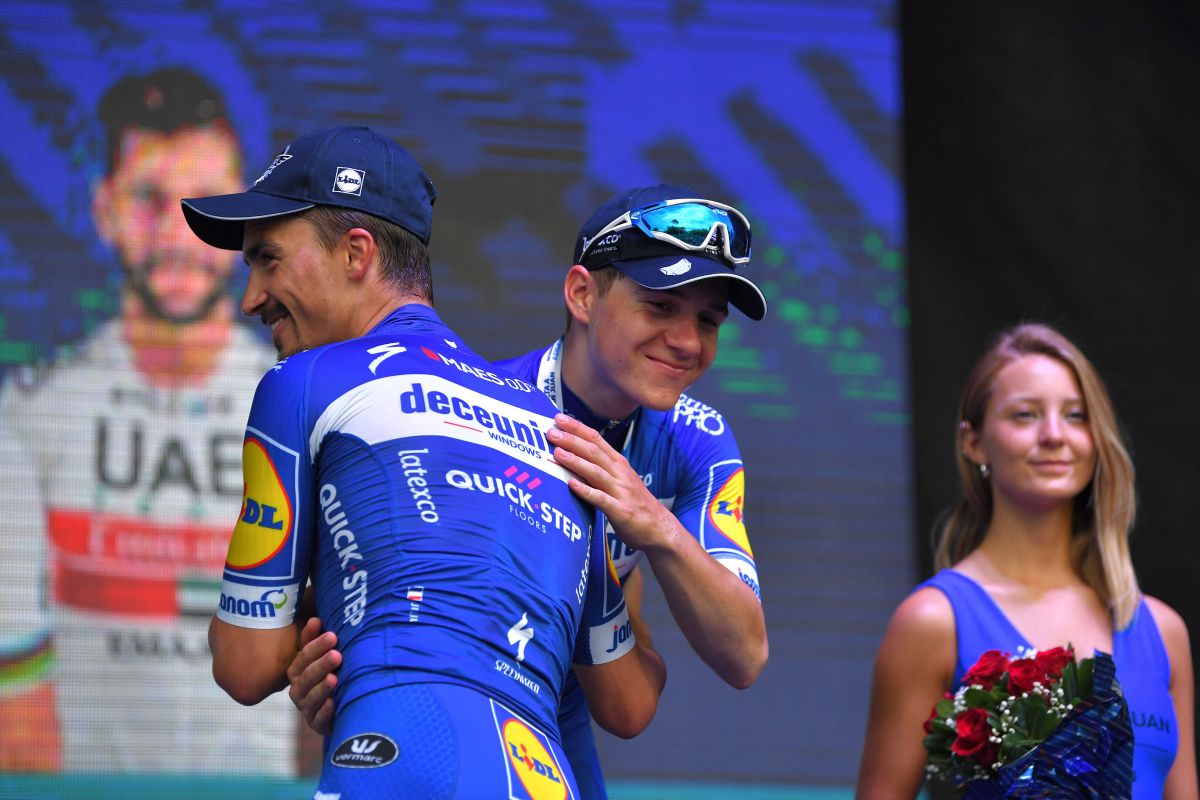 “I always want to win and to be at a top level, it’s my mentality and that of the team. I knew the time trial wasn’t going to be easy, but I had precious info from Remco, who completed the stage before me, and this helped me as I rode full gas. I came here very motivated, but the victory surprised me, just like the one of yesterday. It’s true that I now have the leader’s jersey, but there are many riders who can do something on Alto del Colorado, which will be the decisive stage. For my part, I will continue to take it one step at a time and ride without pressure, just as I have done until now”, said Julian after picking up his 20th pro win.

Alaphilippe’s victory was one of Tuesday’s two main stories, the other one having in the spotlight none other than his teammate Remco Evenepoel. The 19-year-old produced a truly stunning and remarkable ride, covering the course in 13:53 and topping the leader board for a brief moment, before being bumped into third at the end of the day. This result, combined with the fourth place he has moved up to in the general classification and his stronghold on the best young rider jersey, brought Remco even more into the spotlight as soon as the stage concluded. 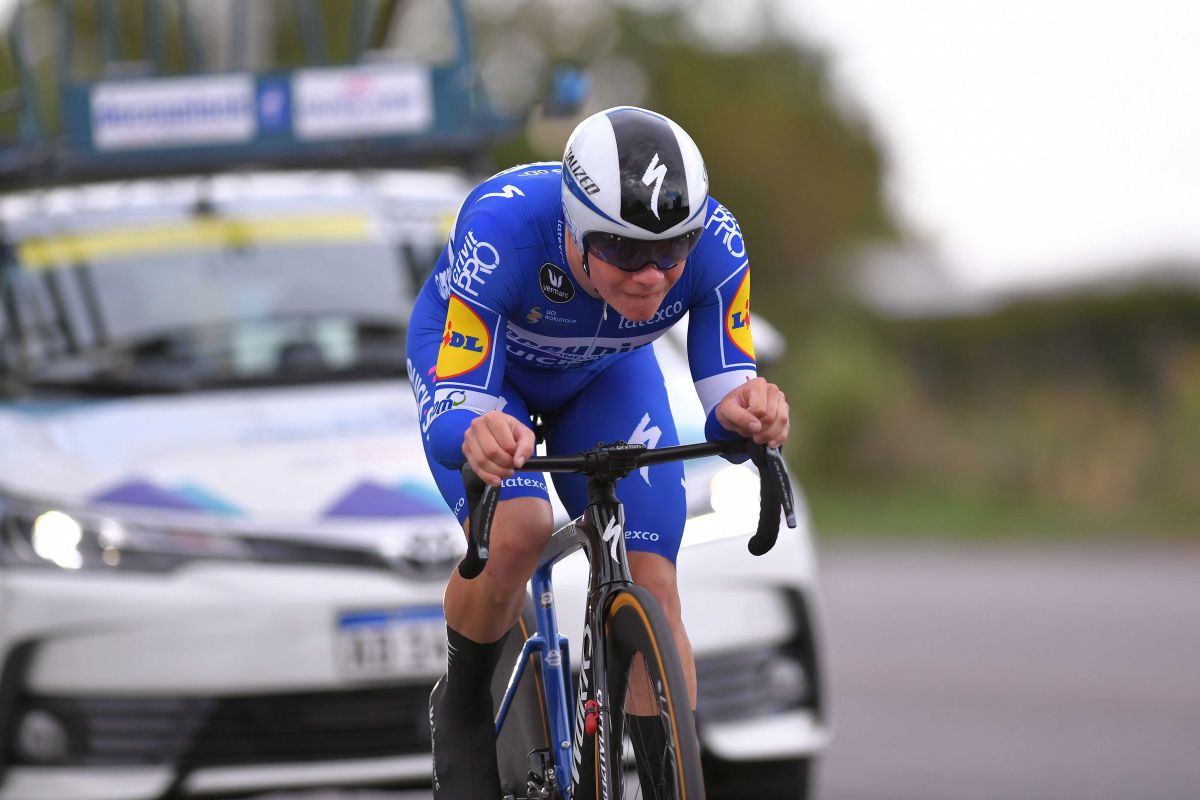 It’s never too early to win, it can only be too late.

“I am very happy that a teammate won today, otherwise I would have been very angry with myself. To lose for just hundreds of a second is never nice, but I can live with being third. I rode a strong race, but I pushed too hard in the front wind and this cost me in the end. It was a mistake, but on the other hand I came here to gain experience and this ITT is something from which I will learn a lot”, Remco said after taking his maiden podium just three days from making his pro debut. “We are here to support Julian and we will try to help him keep the jersey as much as possible. It would be nice to win the overall, but it’s still a long way to go until Sunday. Nevertheless, we are prepared and motivated to give everything.” 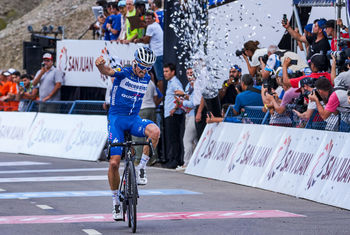 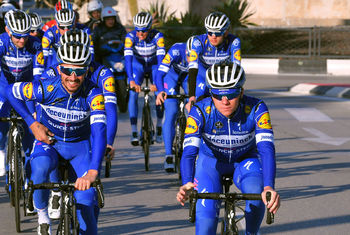 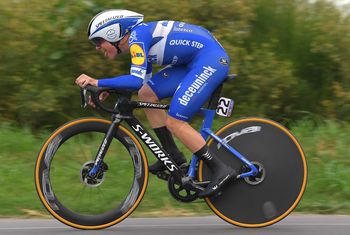 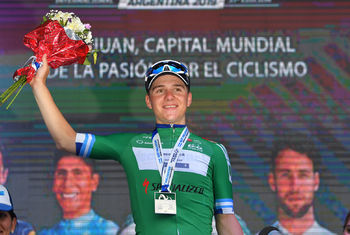 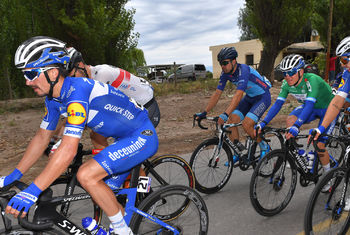 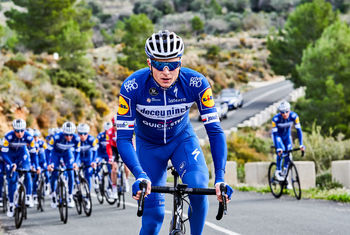