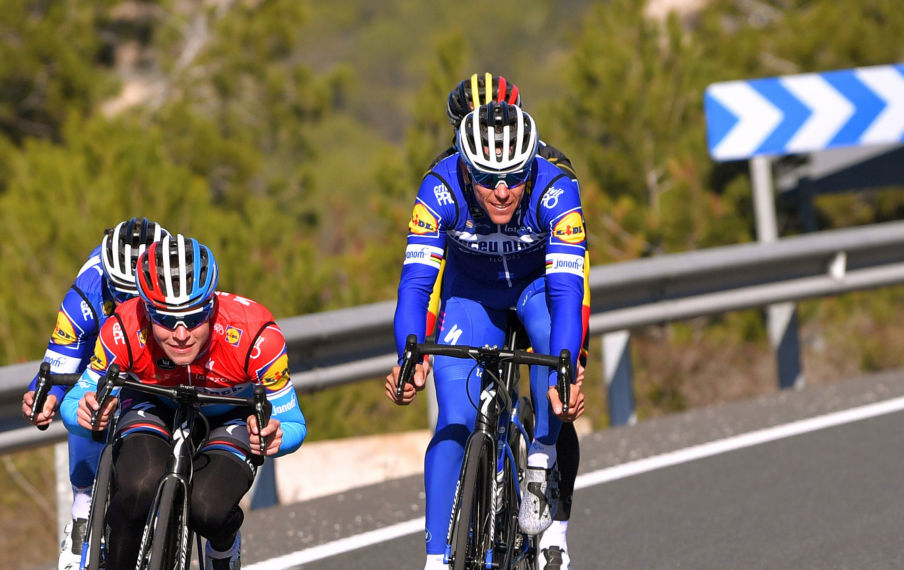 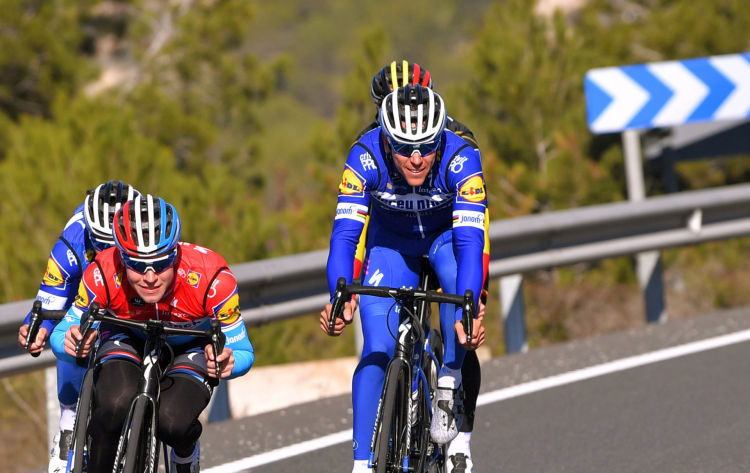 Philippe Gilbert and Bob Jungels will be in action next week at the first big stage race of the season (10-17 March).

Located in the western suburbs of Paris, some 19 kilometers from the center of France’s capital, Saint-Germain-en-Laye will become the tenth town in the Yvelines department to kick off Paris-Nice, on Sunday, when the riders will head out for a 138.5km-long route which should end in a mass gallop. Over the next two days, in Bellegarde and Moulins, the fast men will get two more opportunities, before the terrain will tilt toward the puncheurs in Pélussin, where four climbs jammed in the last 60 kilometers are guaranteed to make things more interesting.

Barbentane, a town which in the Middle Ages was invaded by a plethora of Germanic tribes, will play host to a 25.5km individual time trial held on lumpy roads which should seriously reshuffle the general classification ahead of the final three days, which include a trek to Brignoles, where the baroudeurs will hope to shine, and two mountain stages.

The first of these will take the peloton atop Col de Turini (14.9km, 7.3%), a climb never before used in Paris-Nice, but tackled on three occasions at the Tour de France, in 1948, 1950 and 1973, when Louison Bobet, Jean Robic and Vicente Lopez-Carril were the first at the top. Turini, known also from the iconic Monte Carlo Rally, will take the riders to 1 607 meters, where precious bonus seconds will await the top three.

Starting and finishing in Nice, on the beautiful Promenade des Anglais, site of a TTT at the 2013 Tour de France, and where the 77th edition will conclude, stage eight will see the bunch go over six classified climbs, including Col d’Èze (1.6km, 8.1%) and Col des Quatre Chemins (5.5km, 5.5%), which tops out with nine kilometres to go, thus giving the GC contenders one last opportunity to tilt the balance in their favour.

For Philippe Gilbert, Paris-Nice will be the first stage race of the season, one which the 2012 World Champion will tackle with a strong morale following a strong showing last weekend at Omloop Het Nieuwsblad. Luxembourg Champion and Kuurne-Brussels-Kuurne winner Bob Jungels returns after four years at the French event, where the Deceuninck – Quick-Step team will be rounded out by Tim Declercq, Volta ao Algarve stage victor Fabio Jakobsen, Iljo Keisse, Fabio Sabatini and Florian Sénéchal, who on Tuesday notched up his first ever pro win, at Le Samyn.

“After the first stage, where the wind could end up influencing the outcome, the race will become harder and harder, favouring the puncheurs and the breakaway specialists. We hope to win a stage with Fabio, but he is recovering from sickness, so it remains to be seen how he goes. Paris-Nice is a step-up for him against a quality field, but regardless of how he fares, it is going to be a good experience for him. Philippe can also be in the mix on some of the days, while Bob will look to continue his fine form, do a good time trial and be a factor in the general classification”, said sports director Tom Steels.