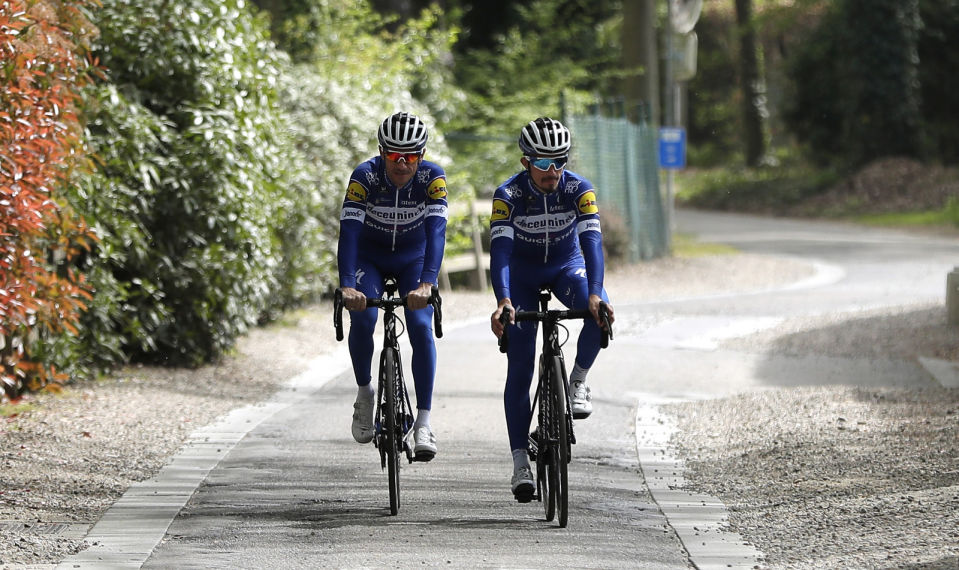 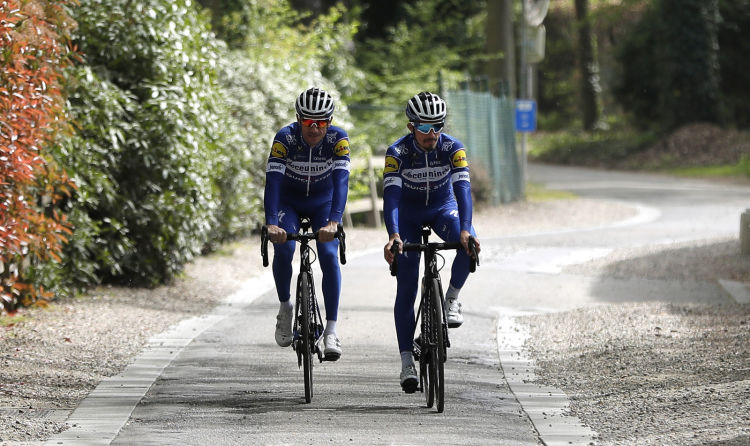 The Milano-Sanremo and Paris-Roubaix winners will headline our team for Sunday’s appointment.

The oldest Monument in the world and last classic of the spring, Liège–Bastogne–Liège has several changes for its 105th edition, the most important of which is the finish being moved from the suburb of Ans to the center of Liège, after 28 years. This means that Côte de Saint-Nicolas, otherwise known as “the Italian hill”, is removed from the race, with Côte de la Roche-aux-Faucons (1300 meters, 11%) set to feature as the last of the day’s eleven climbs.

The route is 256 kilometers in length, packs some 4500 vertical meters and will see the return of Côte de Wanne, Côte de Stockeu and Côte de la Haut-Levée in the second part of the course, making it a real race of attrition and providing the climbers plenty of launch pads to split the peloton and make sure it doesn’t come down to a bunch sprint.

Fresh off his second consecutive victory at Flèche Wallonne, Julian Alaphilippe will start the race as one of the big favourites and he’ll be hoping to cap off in style what has been a tremendous first part of the year for him, with nine victories, including a maiden Monument (Milano-Sanremo).

“Regardless of the result I’ll get, these first months of my season have been incredible and I’m very happy with my achievements. But I won’t think of my previous victories on Sunday; I’ll remain focused and motivated, because I’m aware that it will be a very hard race, as many will be keen on racing aggressively in order to avoid a bunch gallop”, said Julian, who has finished on the podium at his “La Doyenne” debut, in 2015. “This race is a big goal for me, I dream of winning it and with the support of this strong team that we have, I hope I’ll be able to land a good result on Sunday.” 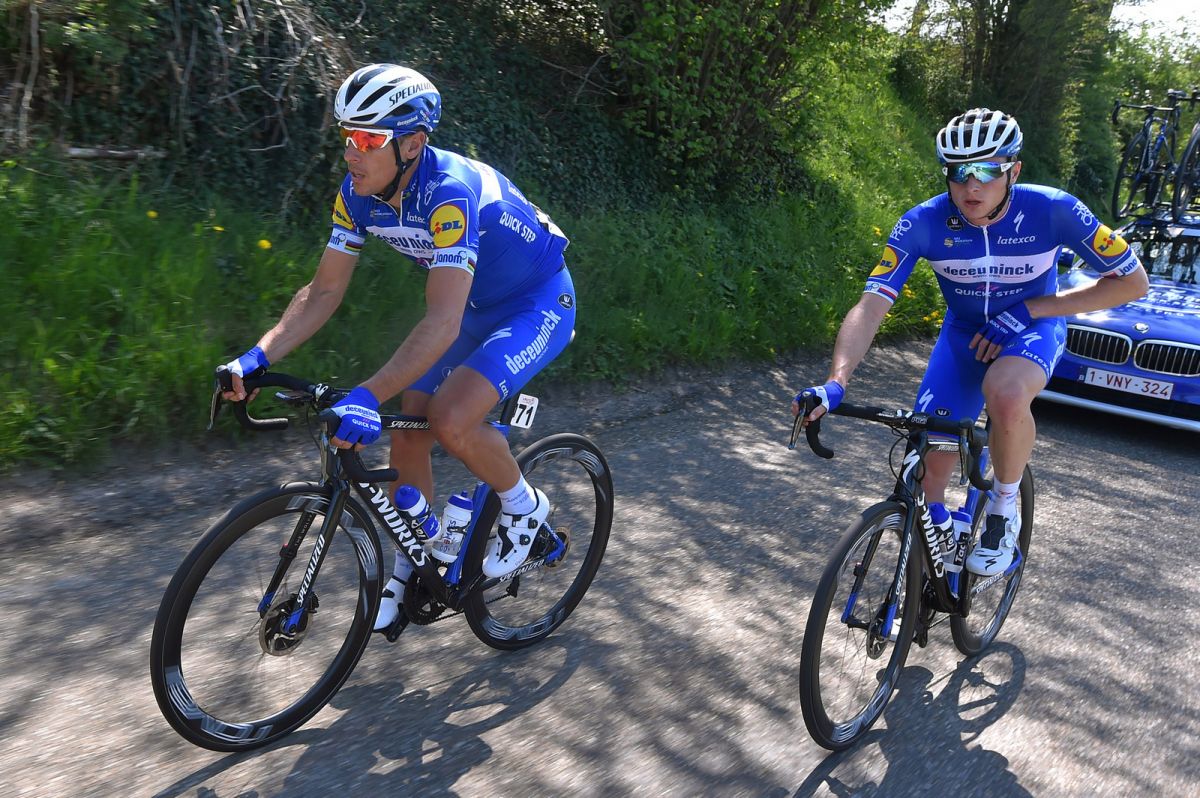 In 2011, Philippe Gilbert completed a rare Ardennes Triple, winning a three-man sprint in Ans and etching his name in the history book of Liège–Bastogne–Liège, a race which since then hasn’t been won by a Belgian rider. After skipping Flèche Wallonne, the 36-year-old Paris-Roubaix champion is ready to return to action, especially as the new finish brings an extra incentive.

“Liège will be different than in the past and many will try to kick off the festivities earlier than usual, but I have recovered and I’m ready to give it all in what I’m sure will be a very tough race that will whittle down the bunch. The redesigned finish is more beautiful and should be more spectacular for both riders and fans”, said Philippe ahead of his 52nd Monument start. 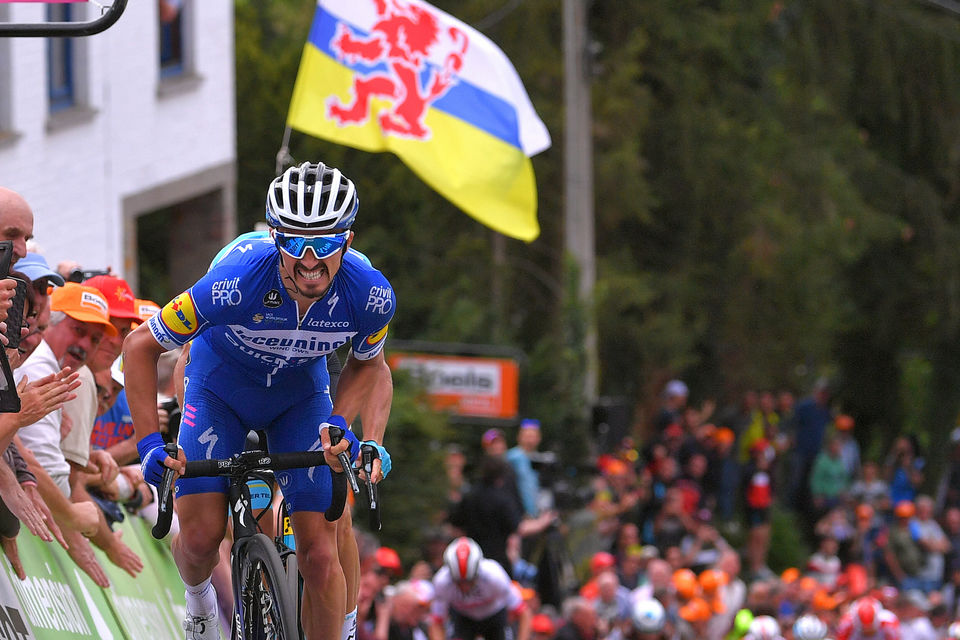 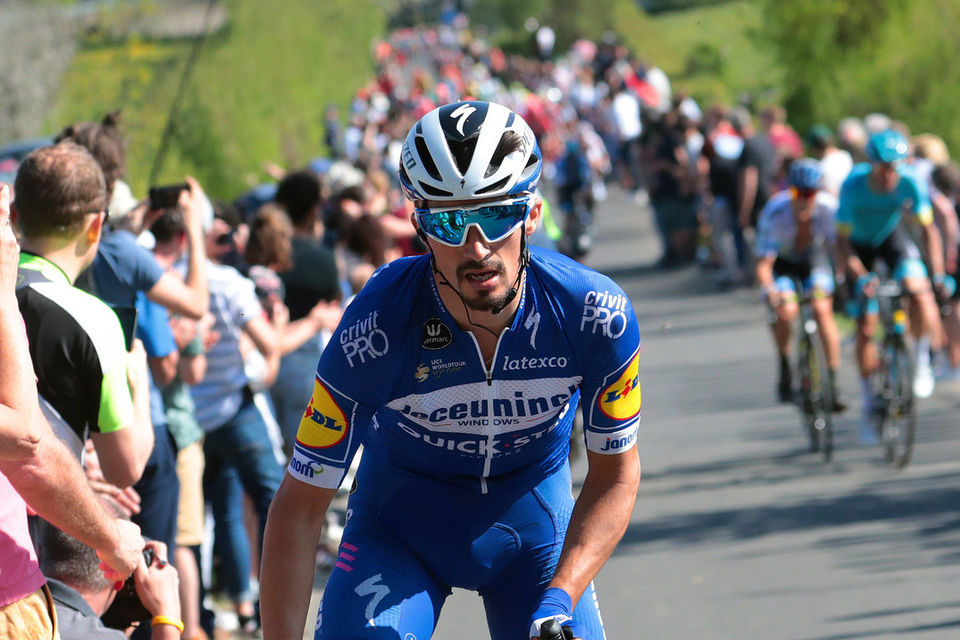