Michael Mørkøv carries the flag for Deceuninck – Quick-Step on Sunday.

Stage 1 of the Tour of California began and ended in Sacramento, the state’s capital, which appeared on the race for the tenth time since making its debut back in 2007. A pan-flat 143-km parcours kicked off the festivities at the 14th edition of the World Tour race, prompting just four riders to make the break soon after the start and put two minutes between them and the peloton, where Tim Declercq took over the reins.

“El Tractor”, who was making his first career outing in the United States, controlled the escapees in impressive fashion and pulled them back at 50 seconds inside the last 30 kilometers of the stage, which was a calm one until the three local laps in Sacramento, where teams began jostling for position on the fast and technical circuit once the bunch swallowed the last survivor of the front quartet.

The sprint was a really frantic one, a split in the peloton leaving just a handful of riders to contest the win on the wide roads of Sacramento. Boxed in on the penultimate corner, Fabio Jakobsen couldn’t fight for the win, so it was Danish Champion Michael Mørkøv who got in the mix for Deceuninck – Quick-Step, taking fifth on the stage won by Peter Sagan (Bora-hansgrohe) ahead of Travis McCabe (US National Team).

“Today’s stage was a nice one and the team did an amazing job, for which I am very grateful. In the finale, things became extremely hectic and many riders were fresher than me. Unfortunately, in the second-to-last corner I lost the wheel of Max and didn’t have the legs to sprint anymore and repay my teammates for their work. But it’s a stage from which I will learn and I am keen on making amends for today later in the week”, Fabio Jakobsen explained.

On Monday, the Tour of California will continue with the mountainous stage 2 between Rancho Cordova to South Lake Tahoe, which concludes on a short climb that will be to the liking of the puncheurs. 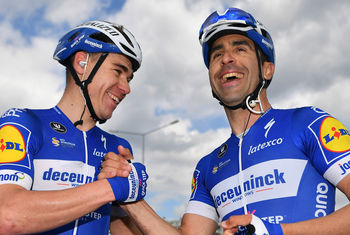 Deceuninck – Quick-Step to Tour of California 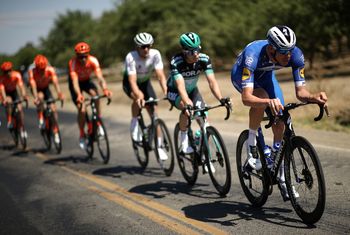