The Frenchman was handsomely rewarded for his long day in the breakaway, which he capped off by scoring our 16th stage victory at the race.

Rémi Cavagna made it two in a row for Deceuninck – Quick-Step at the Tour of California, soloing to victory in Morgan Hill, the home of our sponsor Specialized, after attacking from the breakaway 75 kilometers out and holding off the chasers, in the process earning also the team’s 28th victory of the season.

“Since winning last year in Belgium, I was in search of another victory, and taking it today gives me huge satisfaction. I came in California to help the squad, to pull in the bunch every day, but the team gave me freedom today and I am happy I could repay them for their confidence. In cycling, you need to take your chance and give your best every single time, because sometimes it works. This was the case for me today”, said Rémi, the 11th different Deceuninck – Quick-Step rider to score a victory this season.

Six ranked climbs were on the agenda of the 208km stage 3, which witnessed a frantic start peppered with numerous attempts to escape the peloton’s clutches, which eventually resulted in a sizeable group slip away. Tim Declercq and Danish Champion Michael Mørkøv were part of that move, but a lack of cooperation at the front helped the bunch reel in the fugitives. New attacks came 40 kilometers into the stage, and eventually two riders managed to snap the elastic – Rémi Cavagna and Alex Hoehn (US National Team) – and stretch their lead over the pack to more than ten minutes.

On the lower slopes of Mount Hamilton, the day’s toughest climb, Rémi rode clear of his companion and despite some hesitations on the tight hairpin bends of the technical descent, he managed to build a comfortable gap over Hoehn, at the same time maintaining his advantage on the bunch. With 20 kilometers to go, the 23-year-old Frenchman went into time trial mode, gritted his teeth, ignored the pain and pushed some big watts, relaxing only 200 meters from home, when he began celebrating his spectacular old-school victory.

“The stage was so long and hard. We rode full gas from the start, and when I sensed there was an opportunity, I jumped into the breakaway, where we worked really well together. Then, when I attacked, I felt I could go all the way. Ok, I was a bit scared on the downhill, because it was a very difficult one, but I remained calm and went as fast as I could there.”

Tuesday’s victory carried an extra significance for Cavagna: “Last week, we visited the Specialized HQ here in Morgan Hill and did some fine-tuning in the wind tunnel, before going on a recon of the final 50 kilometers. These small details helped me today and that’s why this feels like a double victory, one which I am so glad I could get for Specialized and Deceuninck – Quick-Step, for me, the best team in the world.” 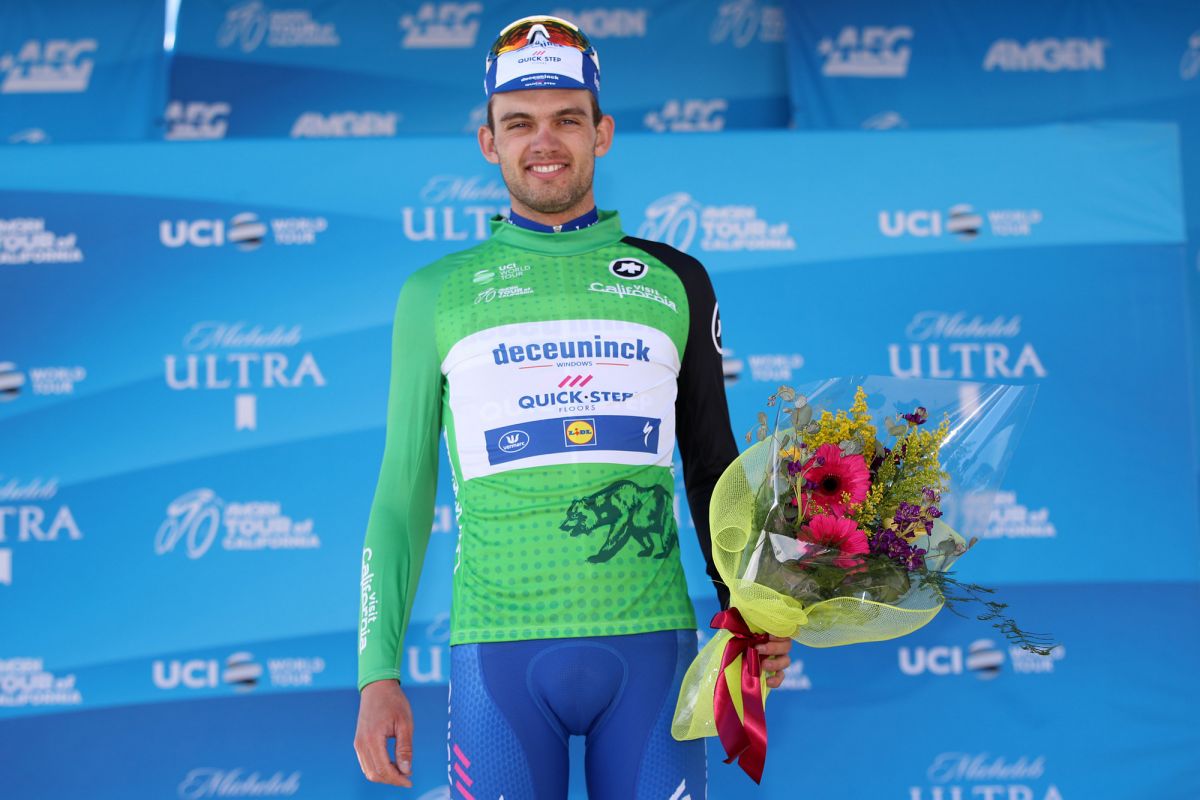 Rémi Cavagna’s perfect day at the US World Tour race didn’t end here, as the “TGV from Clermont-Ferrand” made another visit to the podium to don the blue jersey, which is awarded to the most courageous rider of the stage. The young Frenchman was soon followed there by teammate and stage 2 winner Kasper Asgreen.

The Dane, for whom Zdenek Stybar provided a superb lead-out in the run-in to the finish, put in a strong sprint, emerging from the bunch to take fourth and cement his place at the head of the points classification, meaning that on stage 4 he will sport again the green jersey. 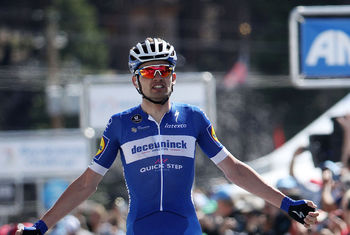 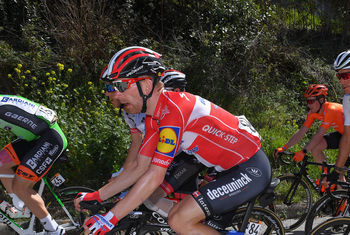 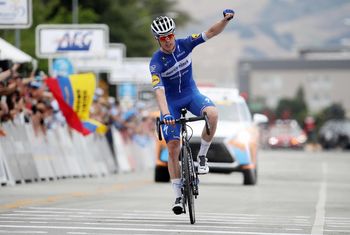