One of the toughest Tour de Suisse editions in recent memory will kick off on Saturday with a short and flat individual time trial in Langnau im Emmental, an appetizer for what’s to come later in the week, when another stage against the clock and three days in the mountains (two of which conclude at altitude – Flumserberg and San Gottardo) will give character to the 83rd edition of the event first held in 1933 and shape it.

Elia Viviani returns to the race for the first time since 2012, in what will be his final outing in the Italian National Champion jersey which he conquered twelve months ago. Victorious in eight races with the tricolore on his shoulders, Elia will rely on a very strong lead-out train comprising Michael Mørkøv and Maximiliano Richeze, to this day the only Argentinean rider to have won a distinctive jersey at the prestigious race.

Best young rider of the 2018 edition, when he finished just outside the overall podium following a resolute display in the mountains, 24-year-old Enric Mas will ease back into racing seven weeks after his previous appearance, in the Ardennes. The Deceuninck – Quick-Step squad for the nine-day race will also include young Dane Kasper Asgreen – one of the season’s revelations – Dries Devenyns and Yves Lampaert, who has recently powered to victory at Gullegem Koerse.

“It’s going to be a very hard race, with limited opportunities for the sprinters. Their best shot will come on stage 3, when we’ll try to be in the mix with Elia. On the two stages against the clock, Kasper and Yves can put in a strong ride and get a good result, while the three mountain stages, last of which comes on the final day, will represent a very good test for Enric Mas, who has recently completed an altitude training camp. We expect a hard and exciting race, but we like a challenge and will go there confident that we can do some nice things”, explained sports director Geert Van Bondt. 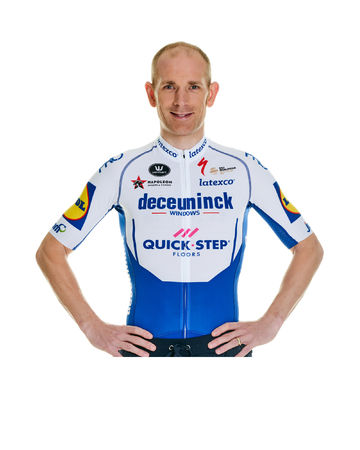