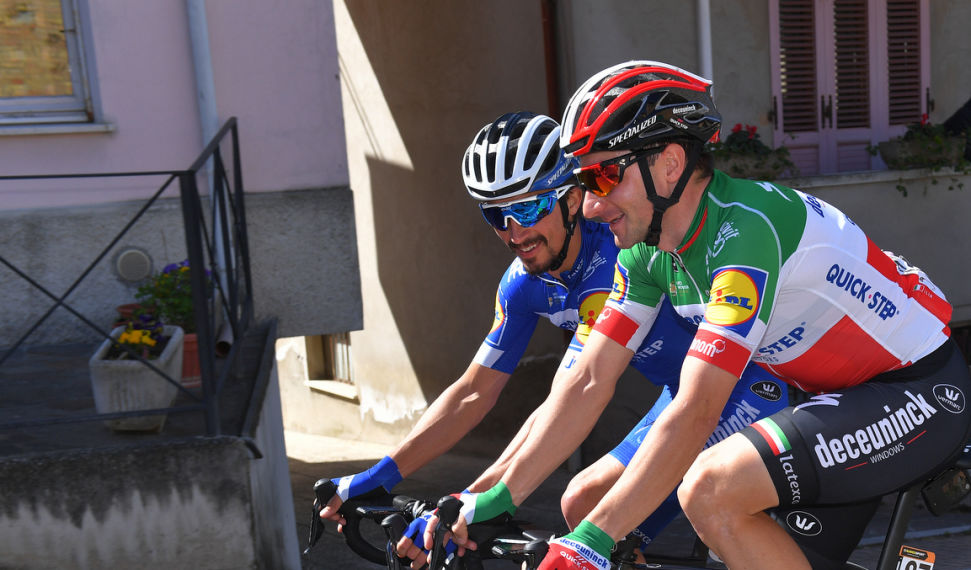 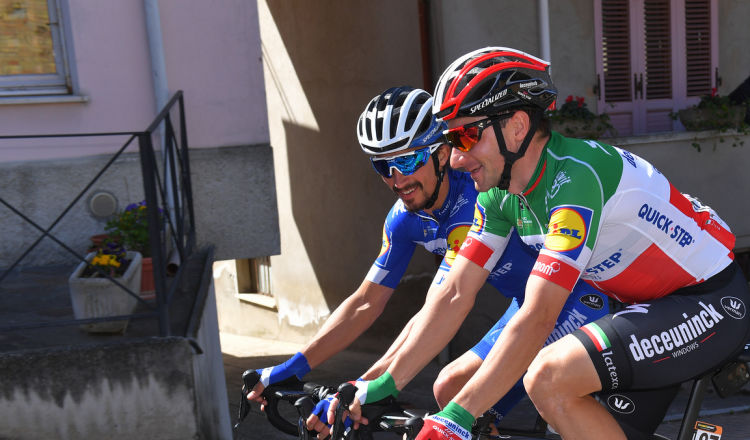 The second Grand Tour of the season takes place ‪between 6-28 July‬ and is set to cover 3460 kilometers.

For the fifth time in history, the Tour de France kicks off from Belgium, which gets to host two full stages – both starting and finishing in Brussels – before moving across the border, where a mix of flat, hilly and mountainous stages (in the Vosges, Alps, and Pyrenees) will shape up the general classification before the iconic finish on Champs-Élysées.

Over the years, Deceuninck – Quick-Step have won an astonishing 36 stages, six distinctive jerseys and enjoyed 11 days in the prestigious yellow jersey at the Grande Boucle, and our team will look to add to that success in July, when it will tackle the race with an eight-man outfit capable of being prominent on every kind of terrain.

Reigning KOM champion Julian Alaphilippe and most successful sprinter of the past 18 months Elia Viviani will headline Deceuninck – Quick-Step’s squad for the 106th Tour de France. UCI World Individual Ranking leader Julian was one of main protagonists at last year’s edition, picking up two spectacular stage wins in the mountains en route to sealing a memorable triumph in the polka dot jersey. He now returns to the start buoyed by his sparkling first part of the season, which witnessed ten successes, including Milano-Sanremo, Strade Bianche and Flèche Wallonne.

“Julian is a little bit of a one-man army, a winner who last year took the climber’s jersey in spectacular fashion. With him you are sure to be surprised. There are some stages, even in the first week, that really suit him, and when the course does suit him, he is one of the best in the world, so we will look for stage wins on those days”, sports director Tom Steels said.

Victorious in 24 races since joining the Wolfpack, Elia is back at the Tour de France for the first time since making his debut here, in 2014. The Italian fast man will look to complete his set of Grand Tour stage victories, which so far comprises a total of eight wins at the Giro d’Italia and Vuelta a España.

“We need to remember that it is his first time in years at the Tour. He has proved himself as a Grand Tour stage winner, but this is the Tour and with a full team behind him, he will need to stay calm and can hopefully take his opportunity with both hands. Maybe it will be difficult to go for the green jersey, but we will see that by day, as he’ll target stage wins.”

Just like in the Tour de Suisse, where he powered to a brace of stage wins, Viviani will be backed by a strong and experienced lead-out train consisting of Tour de France debutant Kasper Asgreen, Yves Lampaert, Michael Mørkøv and Argentinean Champion Maximiliano Richeze.

“It’s Kasper’s first Tour de France and he’ll go there as a domestique even though we know he has the capacity to do more. But for his first time in the race he needs to experience it and understand what it is about. He will be a worker and we think that this is the best way for him to gain experience, as well as adding a lot to the team in the TTT. Speaking of the TTT, also Yves will be invaluable there, just as in the lead-out. We know he is reliable, always does his job and will be important for controlling the race and being part of Elia’s train.”

“Michael – whose experience as road captain and capacity to organise things are vital – is ready to support Viviani, and together with Max, will be his last two men in the train. When it comes to lead-outs, Max is also one of the best in the business and will expertly guide Elia during the stage finale, when things turn really hectic.”

Asgreen won’t be the only Deceuninck – Quick-Step rider making his first outing in cycling’s biggest race. Following a breakthrough ride at last season’s Vuelta a España, which netted him second in the overall standings, Enric Mas will now be at the start in Brussels, eager to discover the Tour de France, and will have the experienced Dries Devenyns by his side to guide him on the mountain stages.

“He’s our GC guy, but at the same time, this is his Tour de France debut and while he proved in the Vuelta that he can maintain his condition for three weeks, this is the Tour and it’s about learning. It is hard to explain what this race is until you have been part of it. Everything is harder in the Tour and he needs to understand that. He will need to be in a good position, even on the flatter stages, which are faster and more chaotic than in other races. Fortunately, we have Dries on whom we can rely, as he’ll be Mas’ right hand and will support him for as long as possible. With the experience and the preparation he has had, he is really ready to help Enric.”

Tom Steels, who will lead the team from the car together with Davide Bramati and Geert Van Bondt, concluded: “With such a strong roster available, it was really difficult to pick just eight riders and it is a shame that people like Philippe Gilbert have to miss out, but we feel that this is a really balanced team. We have three leaders looking for a mix of stage wins and making an impact on the GC, which isn’t easy to mix, but with this line-up and the experience we have we can go far on a lot of stages. With the TTT being in Belgium and us being a Belgian team with Belgian sponsors, it is a big target and we have a squad that can do well there. We feel this team gives us a great balance and a chance on a lot of stages.”