At 19 years and 190 days, the Belgian became the first youngest ever rider to triumph into a World Tour race.

Remco Evenepoel kept hitting new heights and showed the depth of his talent once again, when he pulled off a massive performance on Saturday afternoon against a star-studded field. A debutant in a World Tour one-day race, Deceuninck – Quick-Step’s neo-pro soloed to an unforgettable victory at the 39th edition of Clasica San Sebastian, which took the bunch over a demanding 227.3km-long course littered with seven climbs, featuring narrow roads and excruciating gradients.

I really can’t believe was has just happened, I didn’t expect it! It’s unbelievable!

“Winning this race was one of my dreams and now that I have done this, at my very first participation, all I can say is that it’s just incredible and wonderful”, an overwhelmed Remco said after being congratulated by teammate Enric Mas, who finished eighth from a select group that came home more than half a minute behind the prodigious Belgian.

Remco Evenepoel’s last 25 kilometers at Clasica San Sebastian, where he started as the youngest rider in the peloton, were as impressive as his magnificent victory that earned him the plaudits: dropped on the Mendizorrotz climb, he chased hard on the descent, joined the peloton  just as the road flattened out despite having a half a minute deficit, and then responded to an attack of Toms Skujins (Trek-Segafredo), with 20 kilometers left. 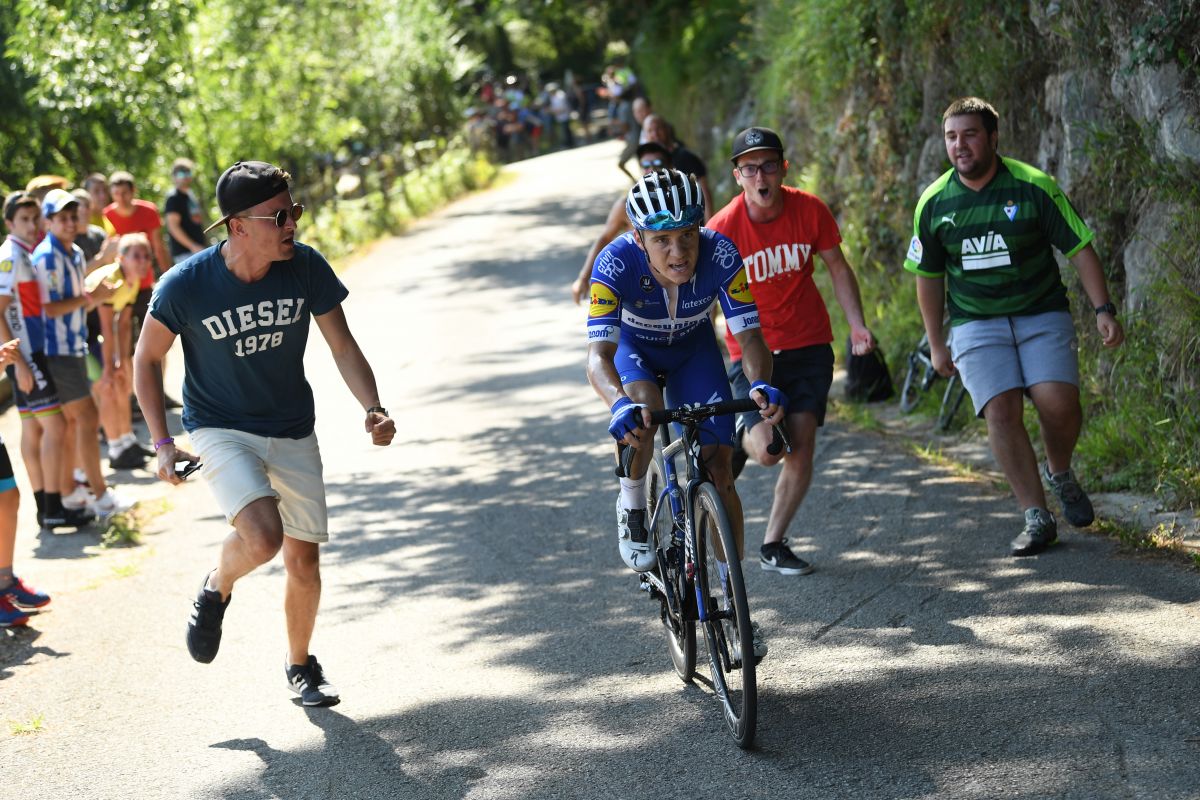 Surprisingly for many, the duo’s gap escalated quickly and by the time they arrived at the bottom of the ludicrously steep Murgil Tontorra (2.1km, 10.1%), they were nearly 50 seconds clear, despite a concerted effort of several teams. On this bruiser of a climb, Evenepoel put in an amazing work-rate, ensuring the gap wouldn’t go down, before dislodging his companion and pushing the pedal to the metal. Meanwhile, not far behind, Wolfpack teammate Enric Mas was doing a superb job shutting down attacks from the favourites’ group.

“On the narrow roads before the penultimate climb I lost a few positions and that’s why I was distanced, but in the downhill I went extremely fast and managed to come back. Then I decided to attack so I could be in front on the last climb and help Enric. But we went full gas and found out that we had a significant advantage at the start of the hill, so I kept going, while Enric did a marvellous job countering the moves”, Remco explained when asked how the race unfolded on Murgil Tontorra.

After storming away on the climb and keeping his buffer nearly intact, the 19-year-old absolutely bossed the descent taking to the famous Boulevard in the center of San Sebastian and entered the final kilometer with enough seconds in hand to celebrate in disbelief the biggest victory of his career so far, the 38 seconds between him and the runner-up being the largest gap in two decades at the prestigious one-day race. 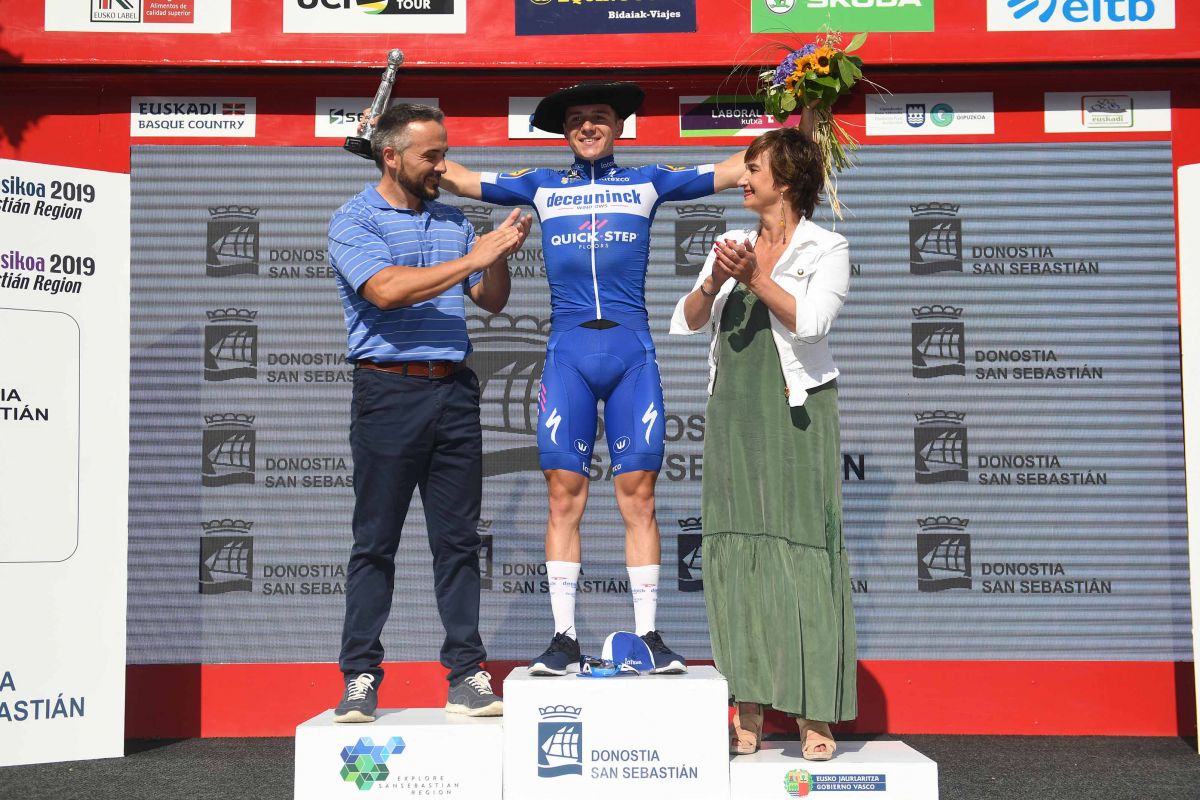 “I came here for the experience and all of the sudden, with less than 20 kilometers to go, I was there fighting for victory. In the last 3-4 kilometers I had tears in my eyes and it was all very emotional, because I realised that this was going to be one big and important moment of my career. I still can’t believe it, it’s something incredible and I will need a few days for everything to sink in. It’s been a great race for us and I want to thank everyone in the team for the confidence they always give me and their fantastic support”, said Remco, now the third-youngest rider in history to win a Classic.

Following his fourth victory of what is a stellar neo-pro season, Evenepoel talked of his next appointment, which comes in just a few days: “I will take part next week in the time trial race at the European Championships, another important event that I get to discover. I don’t know what to expect, but I am motivated to go there and give my best. I am also very happy that I will ride for the first time in a race on the new Specialized Shiv equipped with disc brakes. I have used it in training and it’s incredibly fast, and this makes me super eager to ride it in an official competition.” 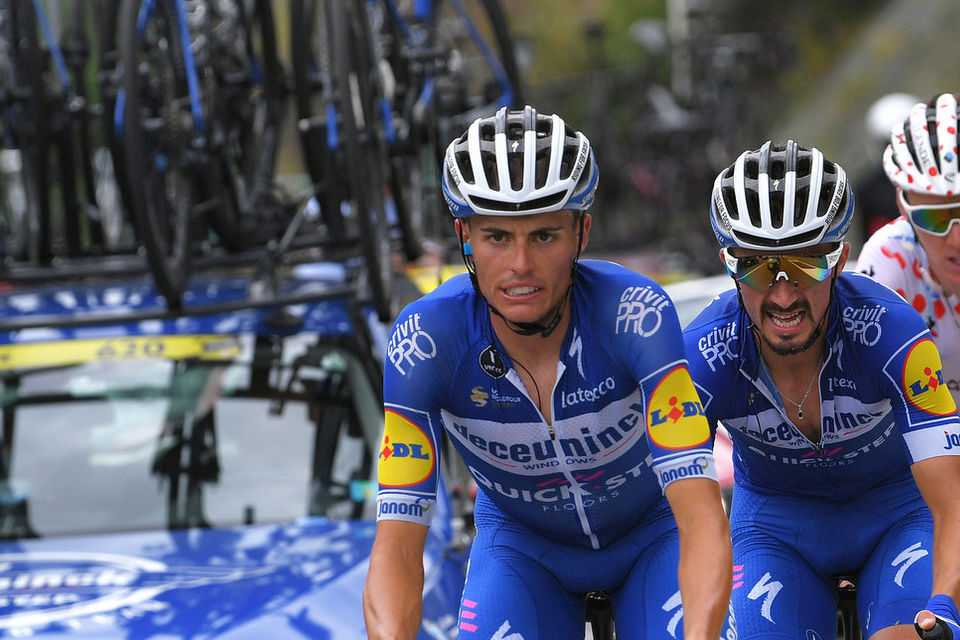 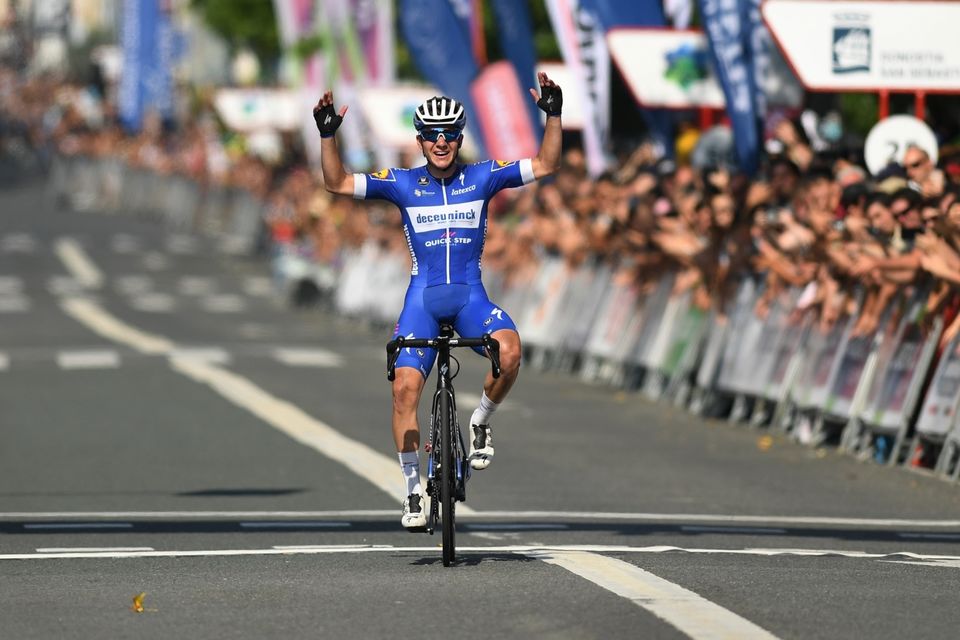