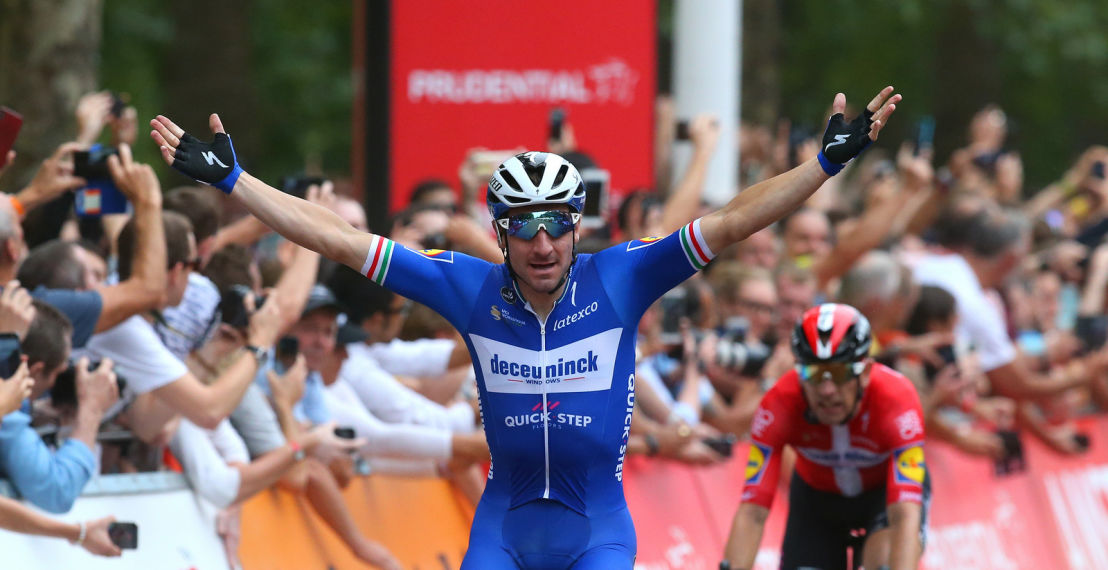 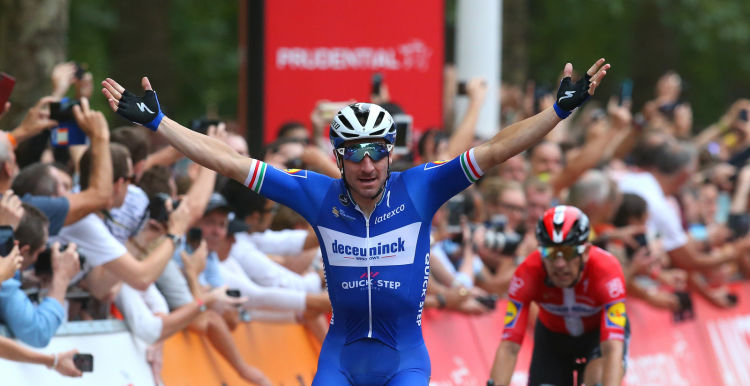 The Italian was joined on the podium of Britain’s only World Tour race by teammate Michael Mørkøv.

Elia Viviani improved on his runner-up place of last year and triumphed at the eighth edition of RideLondon-Surrey Classic, after benefiting from a masterful lead-out of Danish Champion Michael Mørkøv, who guided him in the hectic and crash-marred finale on The Mall.

“I have loved racing in London ever since the 2012 Olympics and today I was really motivated, as I knew the shape was good and the legs were strong coming out of Le Tour. Once again here, the finish was chaotic, but I had Michael by my side, who was instrumental and helped me make the difference. This is one of the five one-day races that I was really keen on winning in my career and having it now in my palmares feels really great”, Elia told the media after the 75th victory of his career.

An altered course, cut by 18 kilometers and featuring five laps of the Box Hill circuit, failed to dislodge the sprinters, as Deceuninck – Quick-Step took the matter into their own heads and controlled the three-man breakaway with Iljo Keisse and Davide Martinelli. The two worked tirelessly at the front and clawed back time while shutting down, together with Zdenek Stybar and Philippe Gilbert, the attacks that came on the last time up the Box Hill. 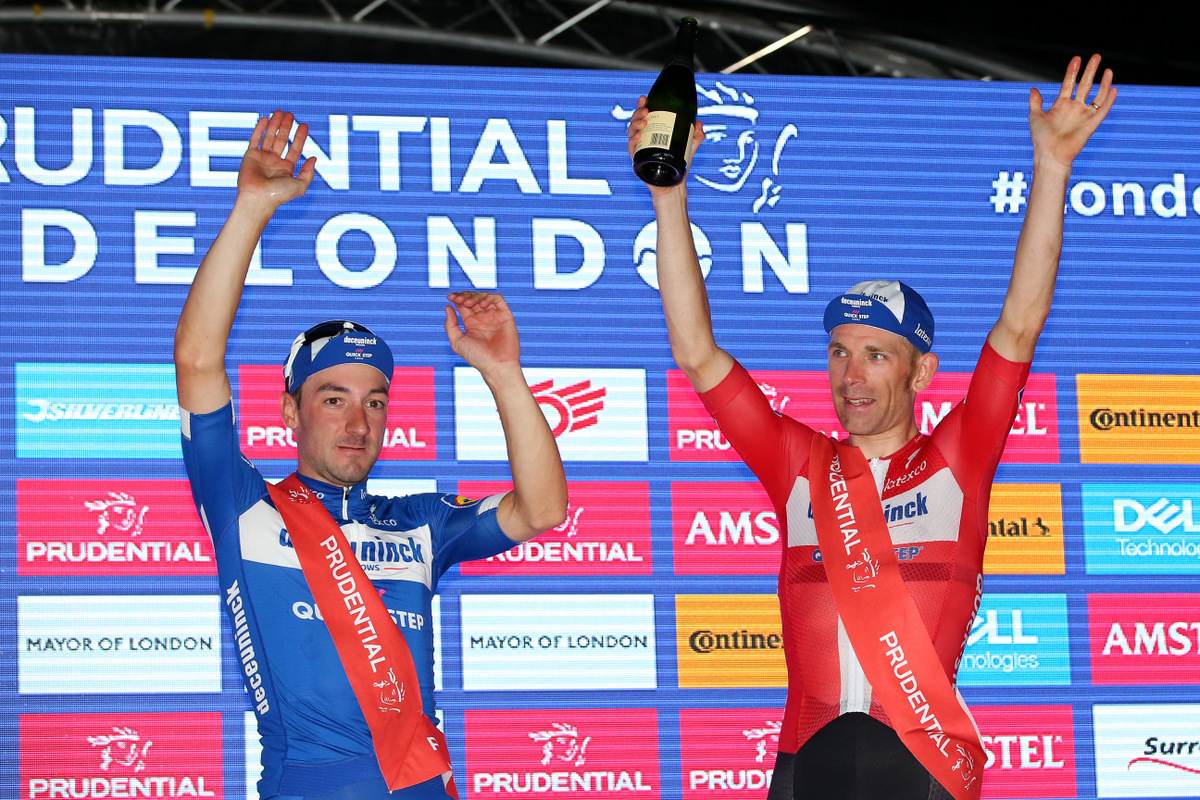 With just two kilometers remaining, a crash disrupted several lead-out trains, but Elia Viviani, who was on the right side of the road, escaped and remained glued to Mørkøv’s wheel, who expertly came through the final bend before upping the speed and deploying the Italian at 125 meters to go. Elia – a stage winner at all Grand Tours – unleashed his powerful sprint and held off the charge of Sam Bennett (Bora-hansgrohe) as he captured his 26th victory in the Deceuninck – Quick-Step jersey on a perfect day for our team, rounded out by Michael’s impressive third place.

“Not having any selection in the bunch on the Box Hill circuit meant that a sprint would be inevitable at the end of the race and I was really committed on finishing off my teammates’ superb work. Luckily, we avoided that late crash and I could do my sprint which brought this beautiful win. I am very grateful to the guys, first and third is really great and we couldn’t be any happier”, Viviani concluded after Deceuninck – Quick-Step’s 54th UCI win of the year. 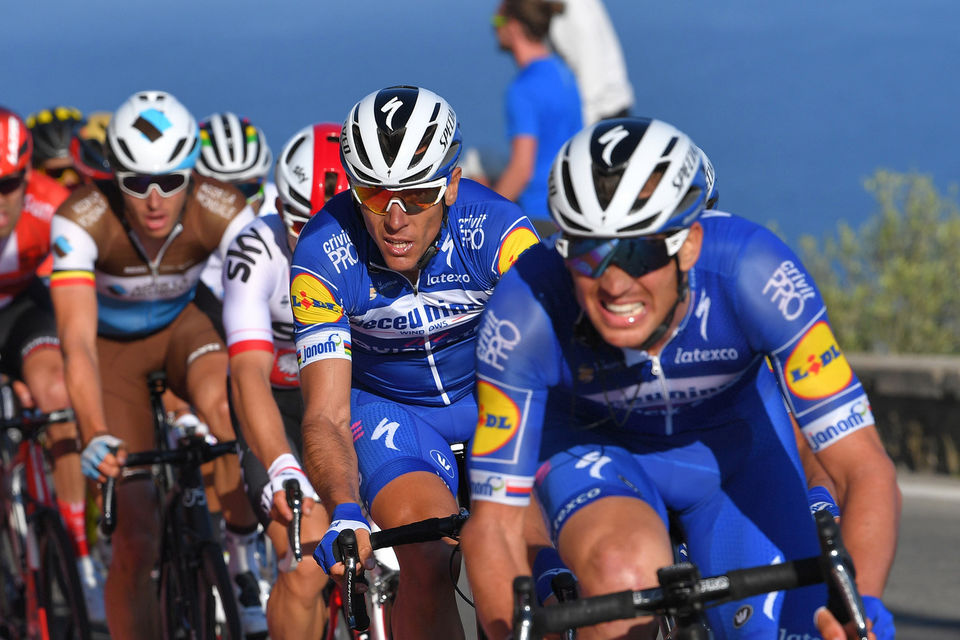 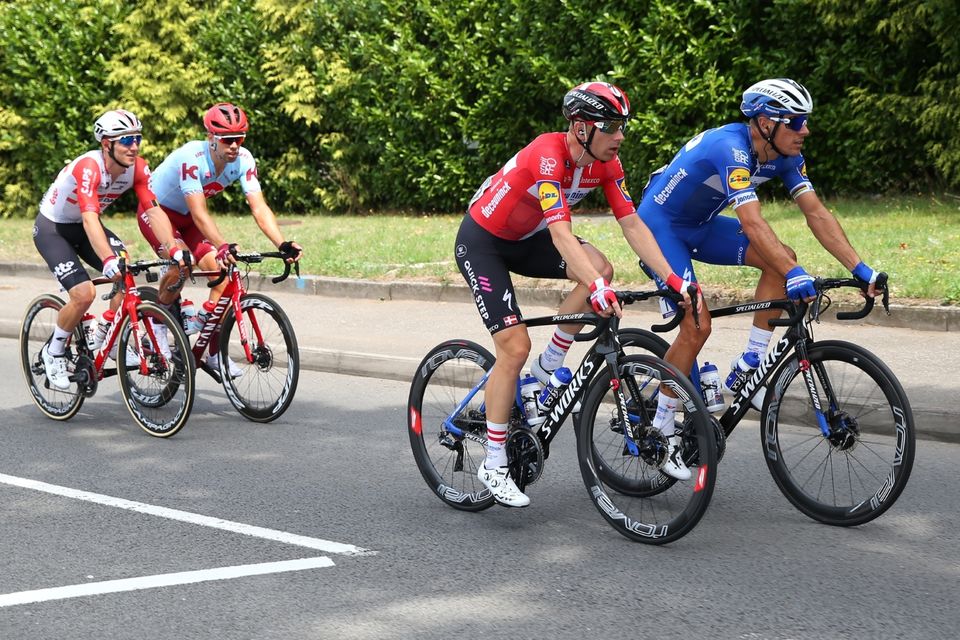