The European Champion becomes the first rider to win the German one-day race on three occasions.

Elia Viviani savoured his tenth victory of the year on Sunday afternoon, when put in a perfect position by Danish Champion Michael Mørkøv on the Mönckebergstraße, he delivered a flawless sprint to see off the challenge of his rivals and notch up Deceuninck – Quick-Step’s 56th UCI win since the start of the season.

The 24th edition of the Cyclassics Hamburg took in several climbs, including four ascents of the iconic Waseberg. The race was animated by four men, who enjoyed a ten-minute advantage over the peloton before being reeled in on the penultimate lap. Yves Lampaert then attacked together with other riders and opened a small gap, but the bunch duly responded and brought them back. The scenario was repeated with 14 kilometers remaining, only this time, the peloton was reduced to around 25 men, many of the sprinters getting dropped.

Deceuninck – Quick-Step had three delegates in the leading group, and it was Florian Sénéchal who controlled the late attacks, making sure it would all come down to a sprint. Under the flamme rouge, Mørkøv took over the reins and piloted Viviani, who unleashed a blistering speed and emphatically captured his third consecutive victory at the event, ahead of Caleb Ewan (Lotto-Soudal) and Giacomo Nizzolo (Dimension Data).

“I’m very happy, especially as it wasn’t easy today, with the break opening a huge gap and the hot temperatures we had. That meant we had to spend a lot of energy to control the escapees and the late attackers, but we stayed focused, motivated and did a great job, and I am proud of the guys, to whom I want to say a big thanks, as I couldn’t have pulled it off without them.”

Elia, who sported the European Champion jersey for the first time since conquering it three weeks ago, took us through the final kilometers of the race that marked Deceuninck – Quick-Step’s tenth victory of the year in a World Tour Classic: “After the last ascent of the Waseberg, we were only 20-25 guys at the front, and I asked Florian to control the attacks and make sure no one got clear. Then I relied on a great Michael, who gave me another superb lead-out and as soon as he peeled off, I felt that I was going to win. It’s a pleasure to take the victory clad in this jersey and set a record in Hamburg, which is the cherry on the top at the end of the day. I won all three races I took part in after the Tour de France and I hope more strong results will follow before I call it a season.” 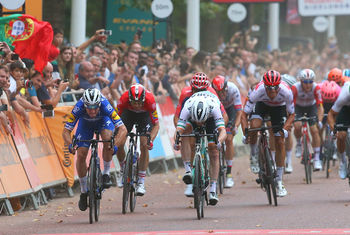 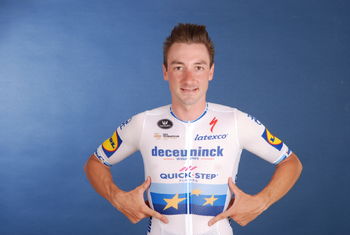 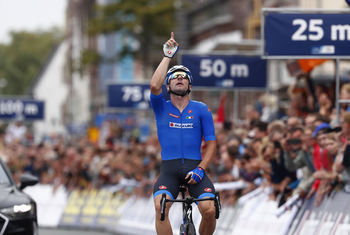 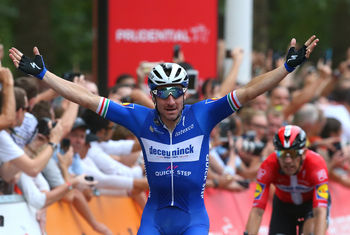 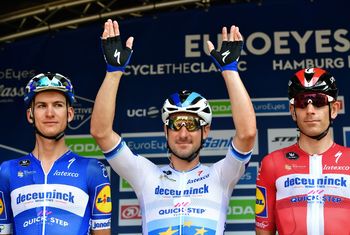