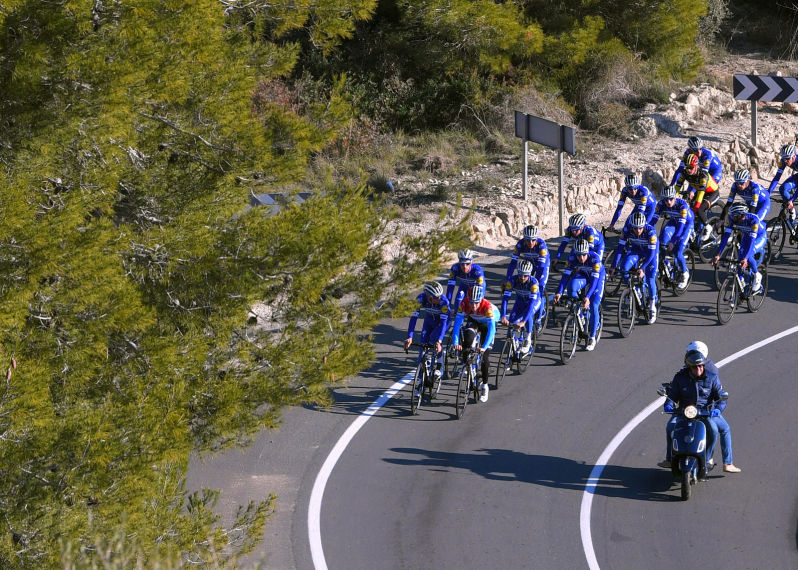 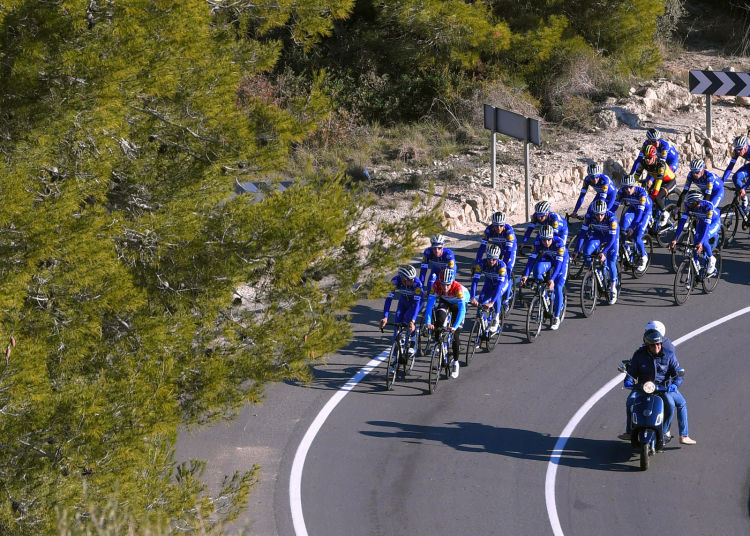 The much talked about Belgian climber Mauri Vansevenant – son of former professional rider Wim Vansevenant – has agreed on a contract with the UCI World Team Classification leader and will join the squad upon finishing his studies in July 2020, having inked a deal that will see him ride for the Wolfpack until the end of 2023.

“It is fantastic to know that I’ve signed for Deceuninck – Quick-Step. It’s a big team and I am hoping that I can progress with them and learn their methods and have a beautiful future. I spoke to Patrick and it was a good conversation. I had a few teams to speak to, but I know I made the right choice and I had made my mind up. Deceuninck – Quick-Step are well known for having a good service and staff, as well as the best equipment and I know it is a perfect squad for me, and all this played a big part in signing the contract”, said the first Belgian in 36 years to win the prestigious Giro della Valle d’Aosta.

“I come from a cycling family – my father was a professional rider for 14 years, so it is in my blood. He has been retired for ten years now, so I don’t remember too much about him racing, but cycling was always on the television in the house and I do remember it being really special when he came back from the Tour de France – there was always a party. For sure he has been a massive influence on me and gives me some good advice and the value of this experience. The family loves cycling and even my name is after the Spanish rider and La Vuelta winner Melcior Mauri. My grandfather wanted me to be named Morris, but my father didn’t like it, so he changed it to Mauri.”

“This love of cycling was passed to me and I started riding cyclo-cross at the age of 12, with the last four years being just on the road. I have some good people around me at the team now – EFC–L&R–Vulsteke – who have also helped me to develop and help me to progress this far.  I have really enjoyed my season this year, especially winning the Giro della Valle d’Aosta on a very hard course and being up against the best of my generation. It was the same at the Tour de l’Avenir, where I spent one day in the yellow jersey, which was a fantastic feeling and I kept 6th place on the overall GC, after ten days of hard racing. It was fantastic to ride such beautiful events and race hard, which was a boost for my confidence.”

“For the rest of the year I will try to grow and get stronger, as well as finish my education. I know the first year with the team will be difficult, where I will have to learn, but I am looking forward to it. The team has always worked with young riders and improved them, which is important for me for the long term”, Mauri concluded.

Deceuninck – Quick-Step CEO Patrick Lefevere was delighted to have captured the young Belgian talent, one of the most impressive riders on the U23 scene: “The signing of Mauri is excellent for us. We have a big focus on developing young talent and he is one of the best. Mauri’s results this season speak for themselves and we knew there would be competition for his signature, so we are delighted to get him. He has to work hard, which I am sure he will, and we will try to guide him through what looks to be a very promising career.”