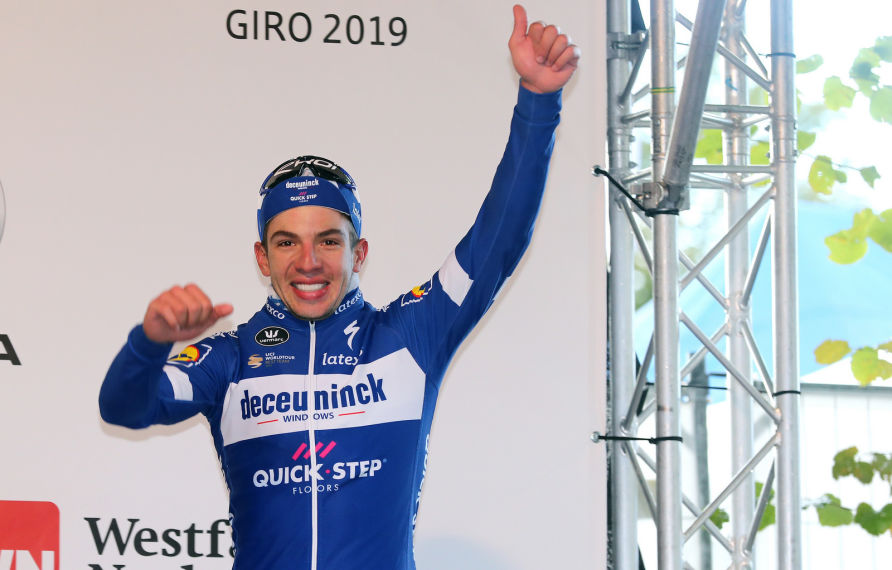 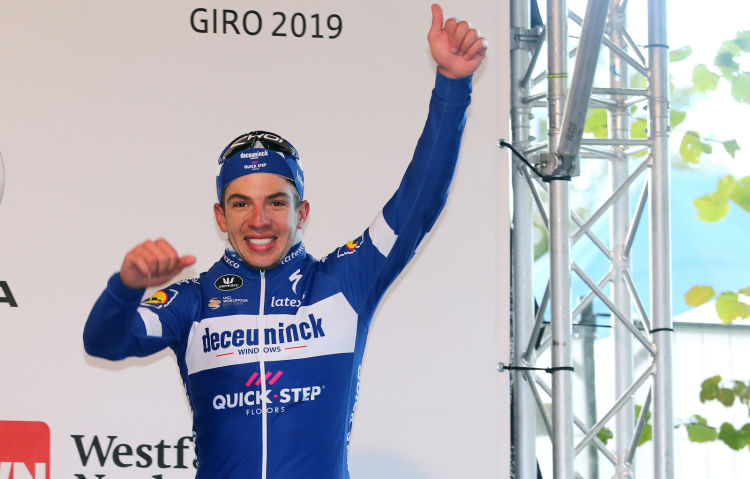 Deceuninck – Quick-Step on top again, in one of the last races of the year.

Four days after taking part in one of the most brutal World Championships in history, 23-year-old Colombian Alvaro Hodeg clocked up his seventh victory of the season, at the Münsterland Giro, where until today no rider from outside of Europe had triumphed.

The 14th edition of the German race (193.3km) kicked off bathed in sunshine, but turned into a rain-lashed race as kilometers ticked by, with the harsh conditions and cold temperatures leaving their mark over peloton, which lost many riders over the hilly part of the course.

The real action commenced some 80 kilometers from the finish, when a couple of riders exploded away from the others, hoping to decimate the field before a real chase could be organised. Deceuninck – Quick-Step shut down that move, just as they later nullified an attack of Mathieu van der Poel (Corendon-Circus) thanks to Mikkel Honoré. This series of acceleration spelled the end of the break’s adventure, the quintet getting reeled in long before the local laps in Münster, Germany’s most bike-friendly city. 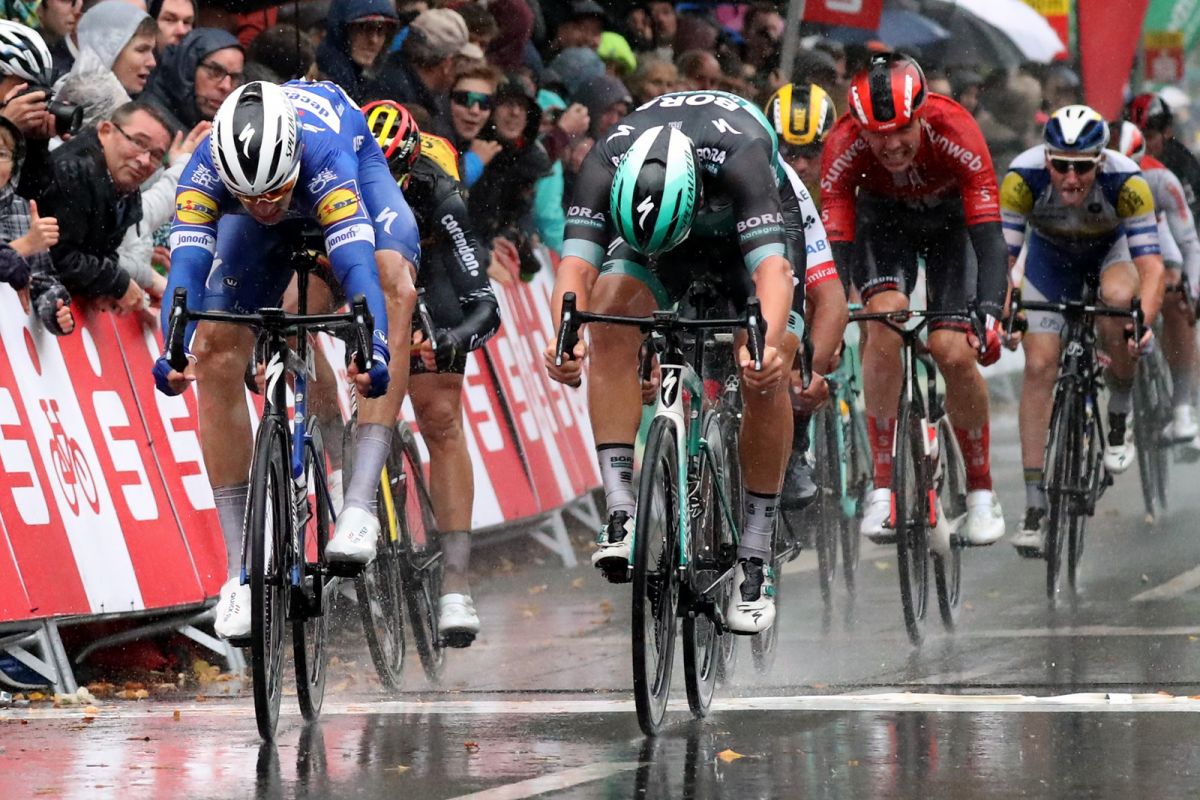 Once things calmed down and rain abated, the same Honoré took the front together with teammate and countryman Kasper Asgreen, and dully controlled the race, with other teams chipping in as the finish line was getting closer and closer. With 20 kilometers to go, Brian Van Goethem (Lotto-Soudal) launched an attack which ended up putting quite the pressure on the pack, who reeled him in under the flamme rouge.

Piloted by the excellent Jannik Steimle and Florian Sénéchal, Alvaro Hodeg emerged at the front in the driving rain some 500 meters from the line and waited for the last 150 meters to kick out, blasting to the line and delivering a pitch-perfect sprint, which saw him hold off the charge of Pascal Ackermann (Bora-hasngrohe) on the slippery roads of Münster.

“We knew the race would be hard on the climbs, because many teams didn’t have a sprinter here and wanted to break the peloton, but the boys protected me throughout the day. It was very cold, and this made it even more difficult, but I didn’t mind racing in the rain, as I like it. Going into the final, I remained focused and asked Florian and Jannik to make sure we’d be in the top 10 positions, and they did a superb job! I was confident and just did my sprint, and I’m glad I could repay the team for their hard work. It’s always special to win a race and I’m happy I could deliver another one for the Wolfpack as the season nears its conclusion”, Alvaro explained after Deceuninck – Quick-Step’s 66th UCI victory of the year. 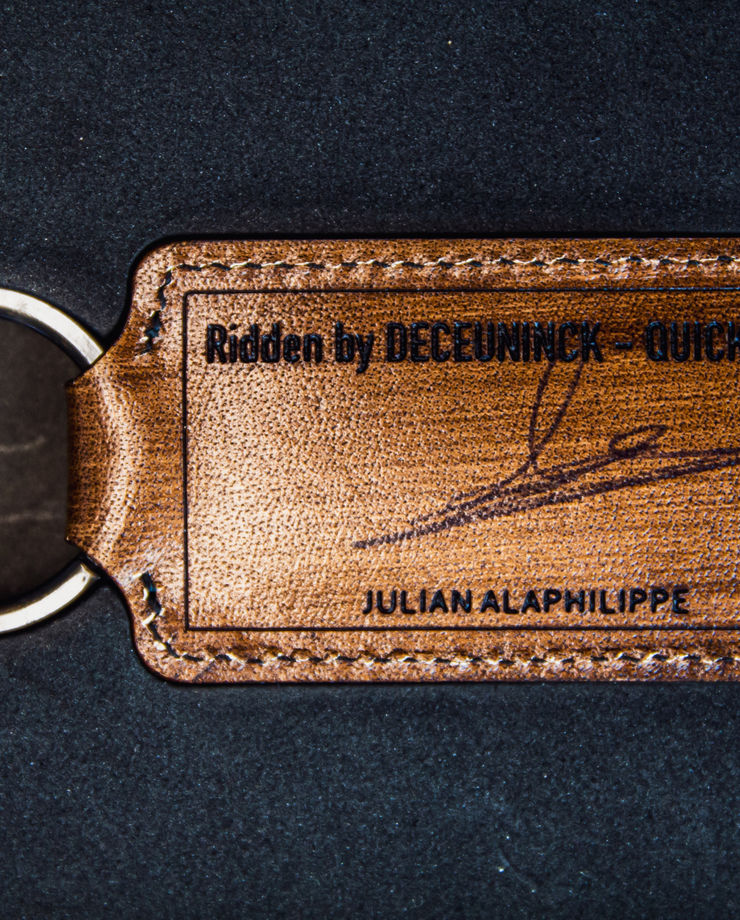 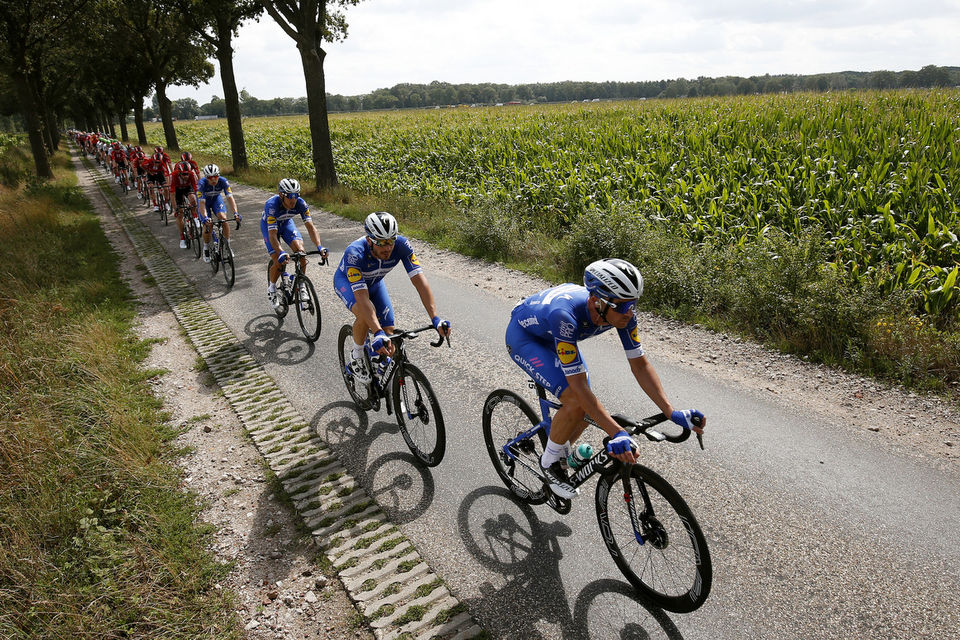 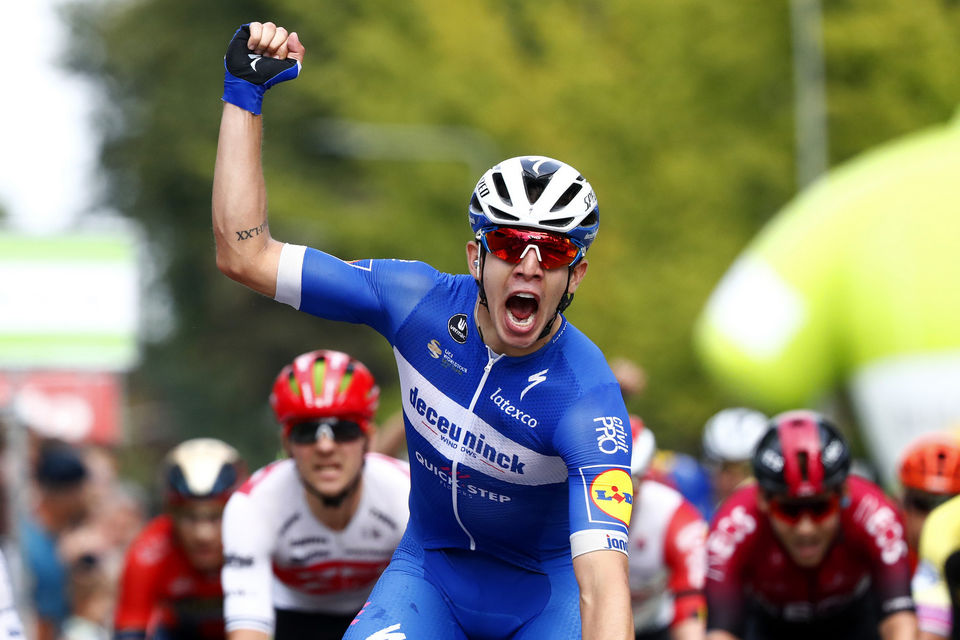 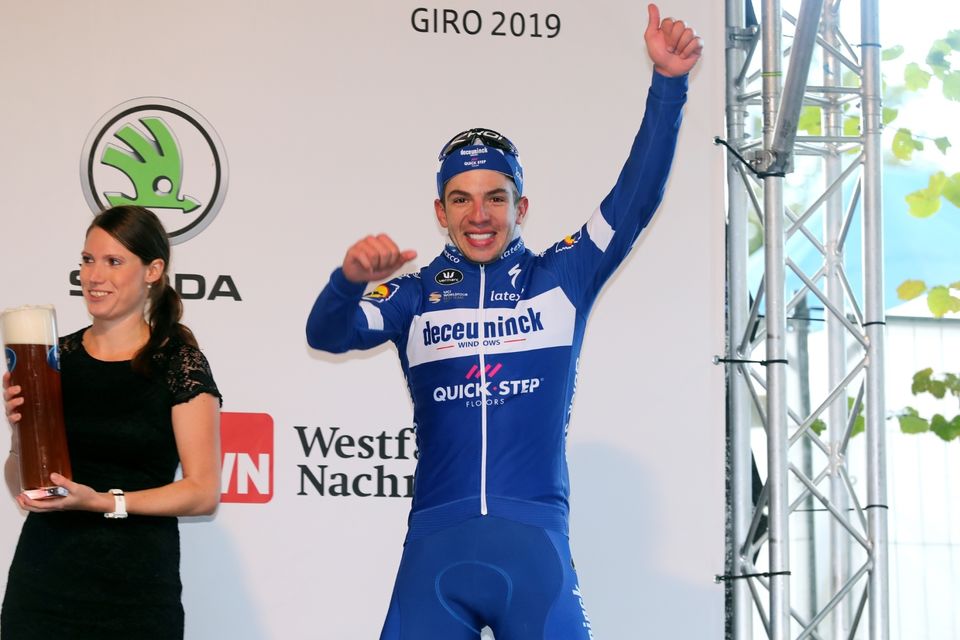