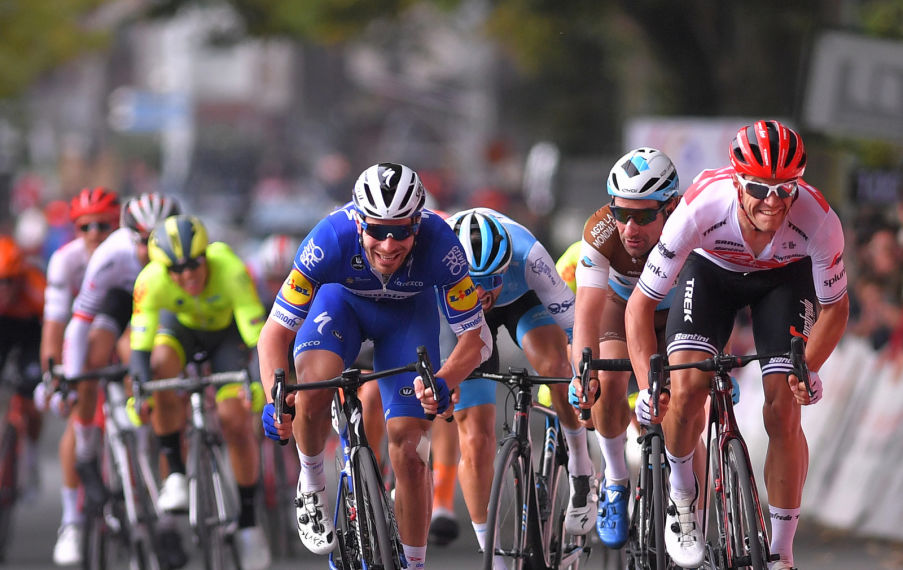 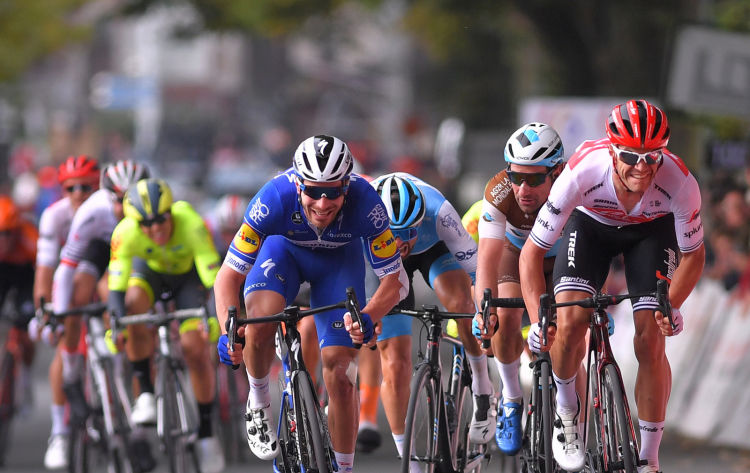 Crash takes Alvaro Hodeg out of contention with 500 meters to go.

Two days after contributing to Deceuninck – Quick-Step’s 66th victory of the season, Florian Florian Sénéchal came close to adding to our tally, at the 79th edition of the Tour de l’Eurometropole (La Louvière – Tournai, 176.7 kilometers), which our team animated in the second part, as soon as the original break was brought to heel.

The Wolfpack forced a major selection with over 80 kilometers to go, taking advantage of the hilly terrain of the region, only 30-odd rider making the cut. The large Deceuninck – Quick-Step contingent at the front kept a high tempo and extended the advantage to 1:30, which proved too much for the chasing group behind, that eventually came to terms with the fact the race was over for them.

Attacks began flying on the final lap, but our riders expertly shut them down, last of these being brought back with 1500 meters to go. That was the cue for stagiaire Jannik Steimle to launch a move of his own, but this brave action too was neutralized under the flamme rouge. Going into the final corner, Alvaro Hodeg looked poised to take his second victory of the week, but unfortunately clipped the barrier feet and crashed heavily.

Sénéchal was left to carry the flag for our team and the 26-year-old Frenchman came second, just behind Piet Allegaert (Sport Vlaanderen-Baloise), notching up his 11th top 10 finish of the season. His teammate Hodeg was taken to the hospital, where his condition will be assessed, an update being expected in the next couple of hours. 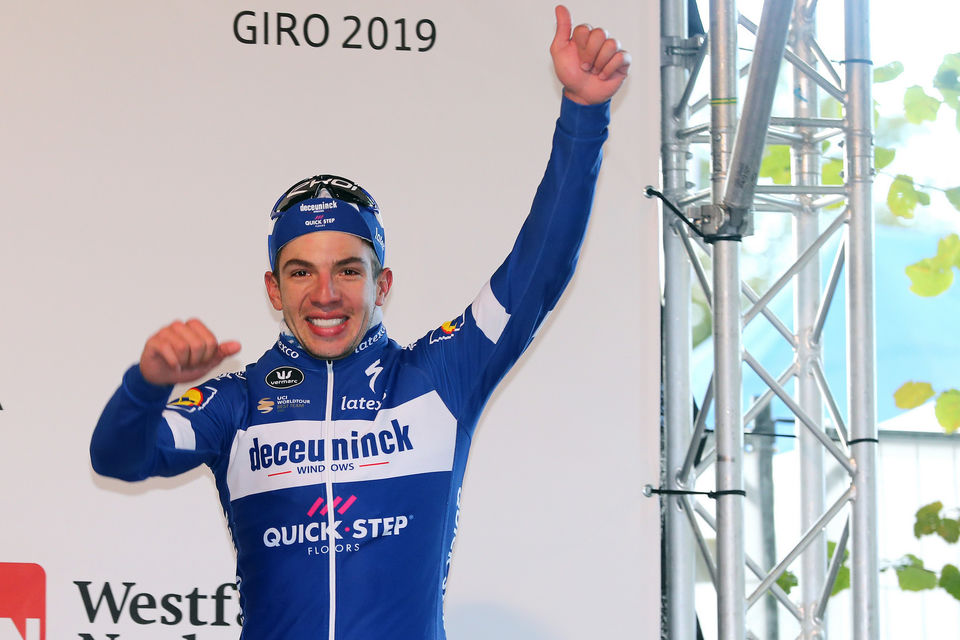 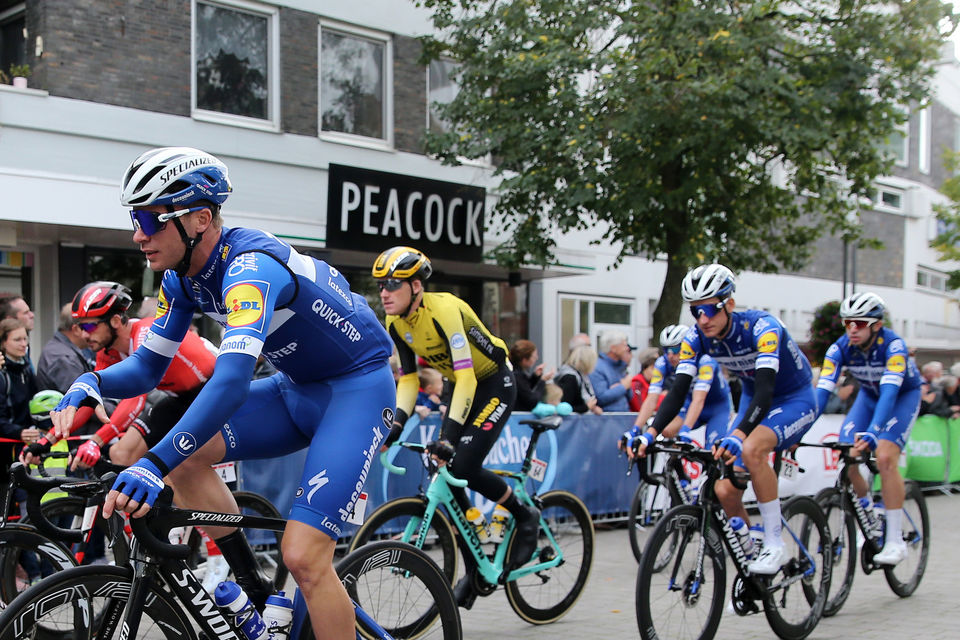 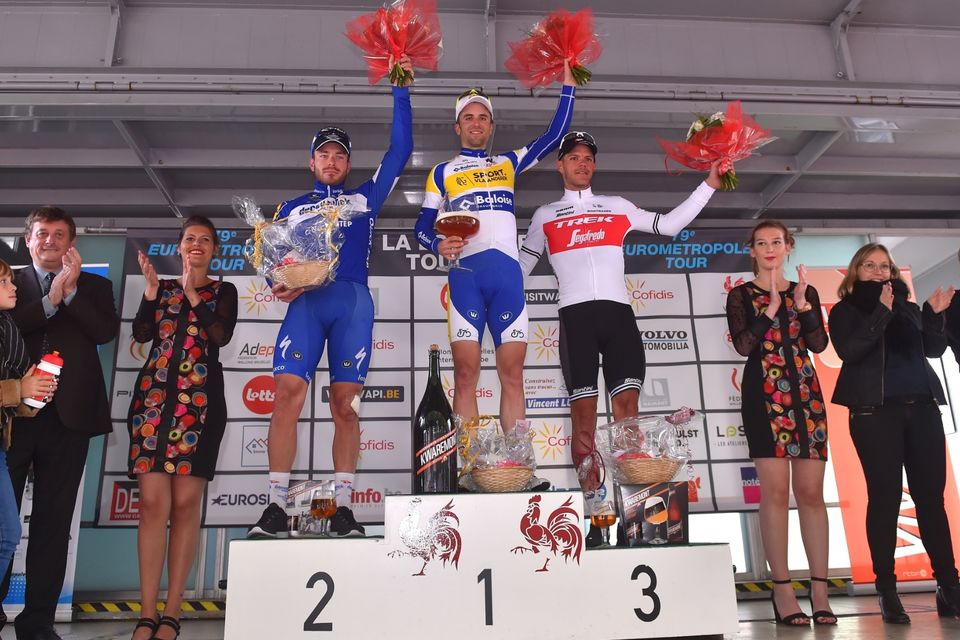