The Irish Champion and the Kiwi join the Wolfpack until at least the end of 2021.

Most successful team in the world for the eighth consecutive season, Deceuninck – Quick-Step have signed sprinter Sam Bennett, with the Irish National Champion joining the squad on a two-year deal. He will be joined at the team by his good friend and lead-out man Shane Archbold, who has also penned a two-year deal, thus completing our roster for 2020.

29-year-old Bennett was actually born in Wervik, Belgium, before his parents took him back to their native Ireland when he was four, where he grew up in Carrick-on-Suir, the hometown of the famous Sean Kelly. Once he had completed his education, Sam’s talent on the bike was spotted by Vélo Club La Pomme, Marseille, where he began his path to a career in cycling that saw him turn professional in 2014. Since then he has built a reputation as on the of best sprinters around, having taken 42 victories to date, including 5 Grand Tour stages and the Irish National Championship.

Archbold, who hails from Timaru on New Zealand’s South Island, has carved out a reputation as one of the best lead-out men in the business, forging a formidable partnership with Bennett. The early part of his career was dominated by his work on the track, which is perhaps where he honed his skill for negotiating a hectic peloton and saw him win a Commonwealth Gold Medal, as well as World Championship Silver. Since then moving to the road he has forged a successful partnership with Bennett that has seen him pilot the Irish man to many of his victories.

After putting pen to paper with the team, Bennett said: “I am delighted to get to sign with Deceuninck – Quick-Step, the team I had a poster of on my wall when I was a kid. I remember going to a race with An Post and seeing Quick-Step at races and I was intimidated by such a big team. I never thought I would be good enough to sign for them, so be able to say that I am riding for them is a dream come true and I can’t wait to get to work with the guys and starting working and racing with them. It is a daunting task to race for this team, but it is motivating and a challenge, having been with my previous team for so long and I feel refreshed. It is fantastic to be having Shane here too. I am delighted for him as he had a few years where he wasn’t getting opportunities, so for us to both be here is special. To have a friend and a work colleague with him, it makes the job easier too.”

Upon signing, Shane said: “It is a childhood a dream for a lot of riders to join Deceuninck – Quick-Step, so I am very happy. It has been an up and down few years for me and to be able to join them is great for me and I am looking forward to being able to improve and race with what is regarded as the world’s best team. Obviously, me and Sam have had a good relationship since 2013 and it will be great to continue that. We have grown as a pair since then and to be able to be part of the progress of a great friend is an honour.”

Deceuninck – Quick-Step CEO Patrick Lefevere expressed his pleasure at Bennett’s arrival: “The protracted nature of Sam’s move has been well documented but I am delighted to have him on board. His palmares alone speaks volumes about his talent and determination, but he is also a great character and another leader to have around the team. We all cannot wait to start working with him.”

Lefevere was also full of praise for Archbold, when added: “We know how important it is for a sprinter to have a lead-out man that he fully understands and has faith in. While we have several excellent lead-out guys already here, when it became clear that we could add Shane to our squad to help Sam, it made complete sense. He is extremely skillful at what he does and is rightly regarded as one of the best in the world.” 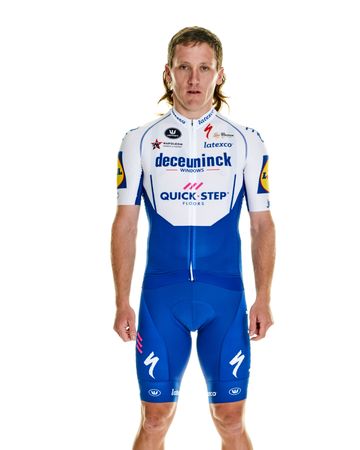