Winner of three races in 2019, the Dane returned to competition and showed a good condition, four months after his last race.

The inaugural stage of the fifth Tour de la Provence rolled out from and journeyed to Saintes-Maries-de-la-Mer, the spiritual center of the Camargue and a town that Vincent Van Gogh captured in one of his paintings in 1888, when he made a short trip from Arles – where he was living – to what at the same was a small fishing village on the Mediterranean Sea.

A group of four prised itself clear and on the only classified climb of the day, Côte du Destet, eking out a 3:30 maximum advantage over the bunch, who wasn’t too worried about that move and tapped out a steady tempo, more preoccupied about the echelons which could make an appearance on the open sections of the course.

The race blazed into life with 20 kilometers remaining, when Deceuninck – Quick-Step took over the reins, but despite our team’s forcing, the wind didn’t want to join in, so the expected crosswinds failed to materialise. Pieter Serry picked up where he left off in Vuelta a San Juan, and together with US National ITT Champion Ian Garrison – who made his debut for the Wolfpack – and Grand Tour stage winners Rémi Cavagna and Iljo Keisse, brought back the quartet some three kilometers from home.

Kasper Asgreen got himself in a good slot and was at all times present in the top 10 as things heated up, and once again showed his fast turn of legs coming out of the last turn, taking eighth place on the line, which Nacer Bouhanni (Arkea-Samsic) crossed victorious after a duel with Jakub Mareczko (CCC Team).

“It was very nice to get started again, as training over the winter has been really good this year and I was excited to see how the shape would be in the first race. Luckily, I felt good out there all day and I’m happy about that. The stage was flat and with the wind lacking, it was bound to end up in a bunch sprint. We don’t have a dedicated sprinter, so we decided that I should give it a shot in the final and see what I could do. The boys supported me really well in the last ten kilometers and I arrived in a good position. I was no match for the real sprinters, but I’m satisfied with my result and legs”, said Kasper after Thursday’s stage. 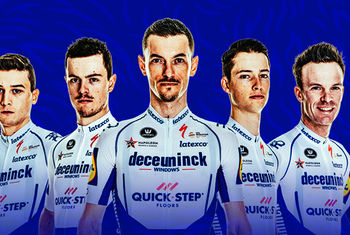 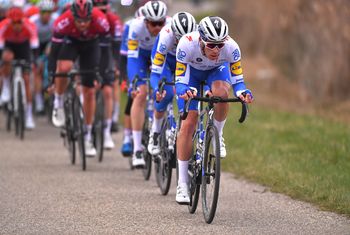