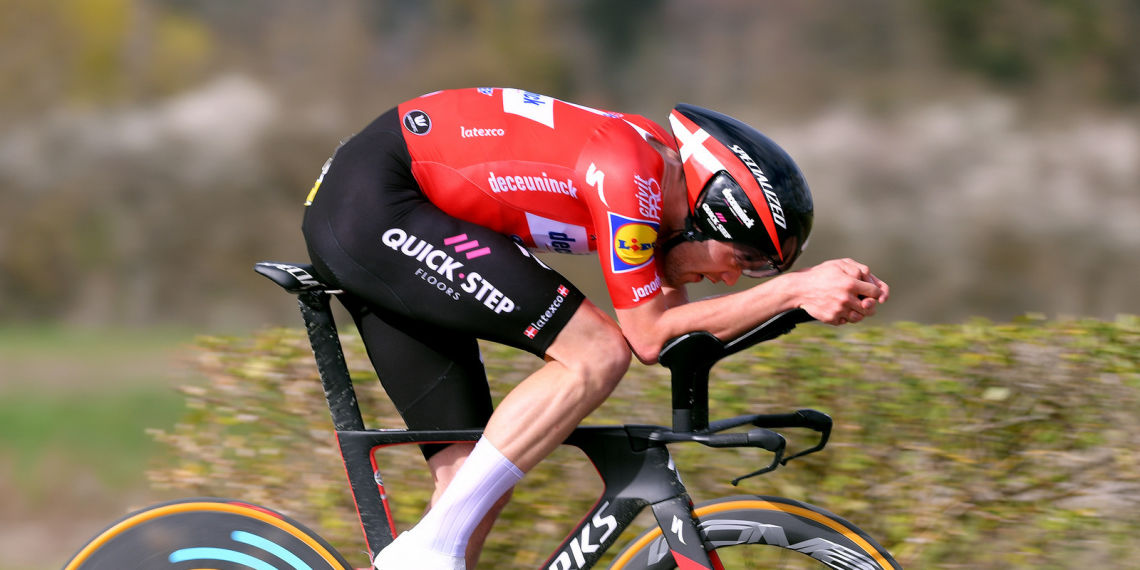 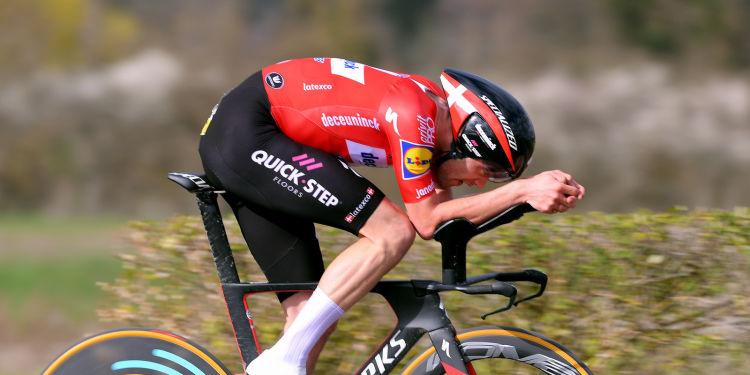 The Dane was our top finisher and confirmed the strong form he has in this first part of the season.

Kasper Asgreen continued to impress, less than two weeks after winning Kuurne-Brussels-Kuurne, taking a strong third in the 15.1km-long individual time trial held around Saint-Amand-Montrond, the hometown of Julian Alaphilippe and the place where our team produced an unforgettable masterpiece at the 2013 Tour de France, when we split the peloton in the crosswinds and won the stage.

Featuring two short climbs, a sharp descent and a long flat section, Wednesday’s test against the clock was the first major test for the GC contenders, but presented also a nice opportunity for Asgreen, and the Danish Champion didn’t disappoint. Having started long before the yellow jersey favourites, the 25-year-old put in a strong turn of legs on the uphill part of the stage, caught his minute-man and continued to produce a fine ride, which propelled him into the hot seat at the finish, after improving the provisional time by one second.

His result – 19:03 – was bested by just two riders by the end of the stage, and Kasper notched up his first podium at World Tour level in an individual time trial, a result that he hadn’t expected at the start of the day: “I prepared mostly for the Classics so far this year, so I haven’t spent so much time on the TT bike and I didn’t know where I found myself. I wasn’t as good as I had hoped, but better than I had feared, so overall, I can be pretty satisfied with my result and ride. With more training I am sure I will be back at a high level in this discipline for the second part of the season, once I conclude my Classics campaign.”

The stage was special also for another Deceuninck – Quick-Step Julian Alaphilippe, who got to ride on the roads he knows so well. In front of his family, friends and many other fans who cheered him on during the time trial, the Velo d’Or recipient gave absolutely everything and posted at the finish a solid time which helped him make a jump of four places in the standings with four stages left.

“I knew I wasn’t going to win, but this didn’t stop me from pushing really hard on this course which suited me and where it was nice to be today, with the fans yelling my name. That motivated me and I did my best. I had a good rhythm, but not the best feeling, and it was very hard with the headwind in the last two kilometers. I want to thank everyone for their support and tell them I will keep fighting until Nice”, Julian said at the finish. 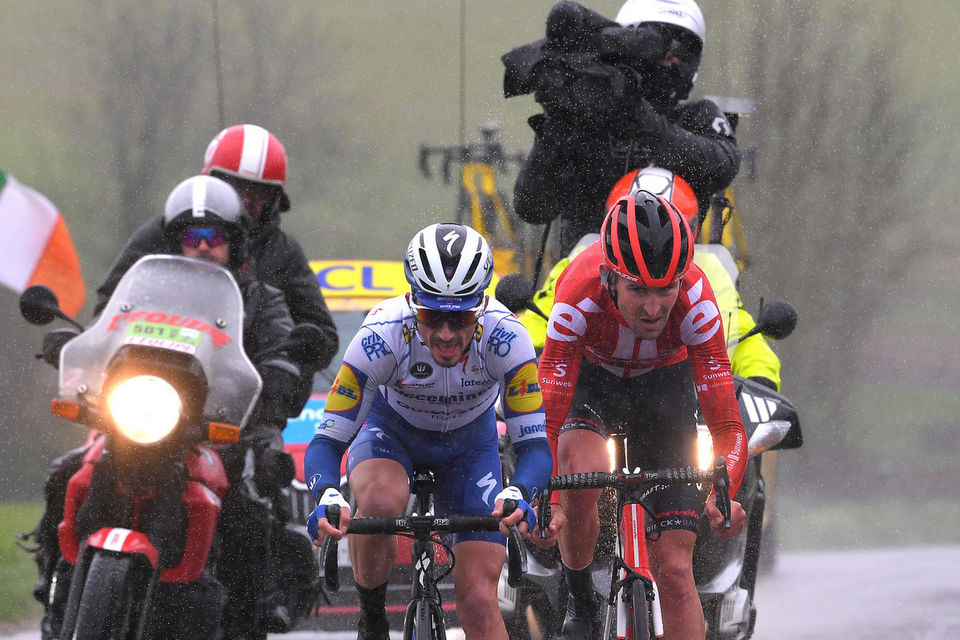 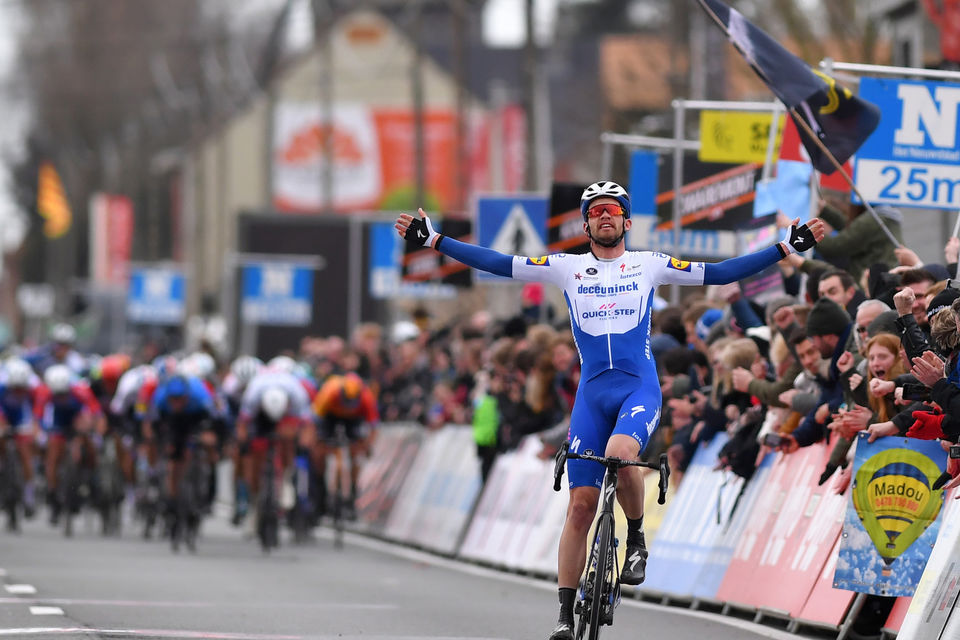 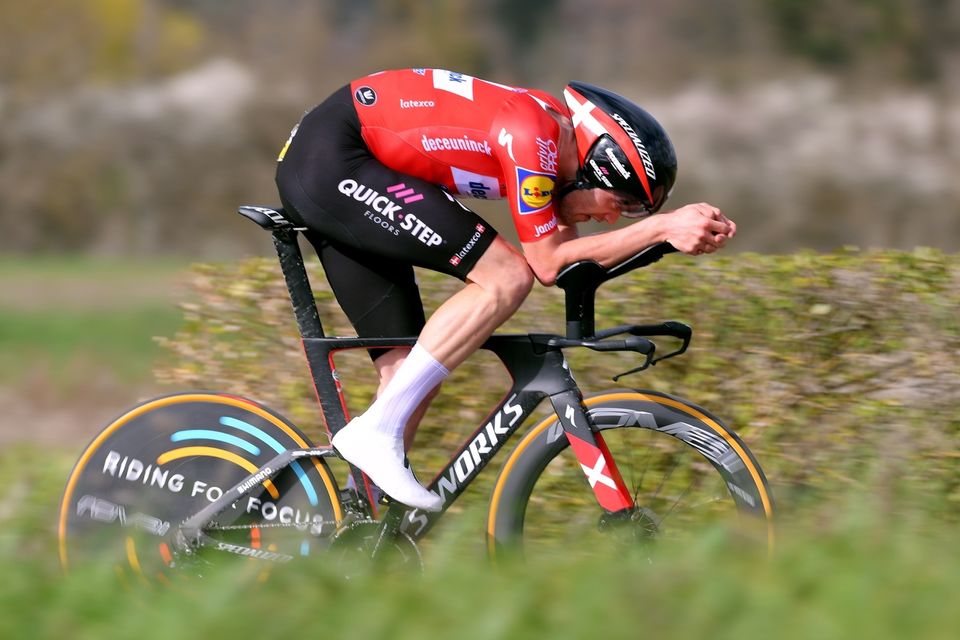