The Wolfpack are back to winning ways, four months from our previous race.

Florian Sénéchal soloed to a beautiful victory Sunday afternoon in Rotselaar, where the Grote Prijs Vermarc, the team’s first event since Paris-Nice in March, took place on a 15.4km-long circuit which made for some thrilling racing right from the gun.

A 14-man group snapped the elastic on the opening lap, with Pieter Serry and Stijn Steels representing Deceuninck – Quick-Step in the move which quickly gained a 1:30 gap over the peloton, where Dutch Champion Fabio Jakobsen and Sénéchal provided extra options to our team in case of a regrouping. Despite the leaders shedding riders out the back due to the fierce pace and having their advantage cut to a mere minute with 50 kilometers to go, the bunch couldn’t make the catch.

Instead of that, a counterattack group formed inside the final 30 kilometers and began to reduce the escapees’ advantage. Florian Sénéchal, Oscar Riesebeek (Alpecin-Fenix) and Victor Campenaerts (NTT Pro Cycling) were the trio who worked well together and bridged across on the last lap of the race. There wasn’t a moment of respite for them, as the skirmishes started almost immediately. Eventually, it was Deceuninck – Quick-Step’s Frenchman who took off, seven kilometers from the finish, and went all the way to the line, where he celebrated his second victory in a Belgian kermesse, after the 2018 success at Textielprijs Vichte. 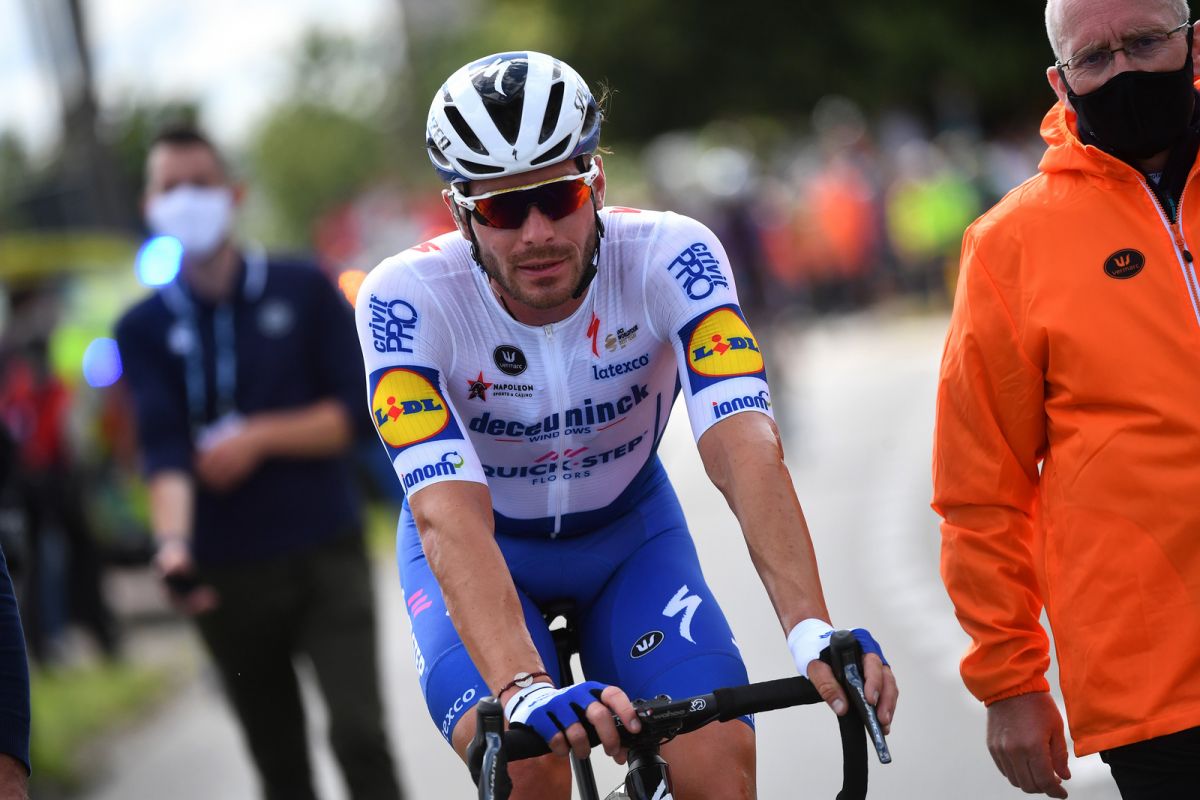 “This win gives me a lot of satisfaction. Even if it’s only a kermesse, it still means a lot to us to get the victory after showing our jersey and sponsors in the best way possible. They are all affected by the coronavirus, so it was important for everybody here at the Wolfpack to show them our support with this win”, said Florian moments after the finish.

“The race was really fast. It was the first one in a long time, so you can imagine that everyone was eager. The level was high. It was tough out there, I feel it in my legs, but at the same time, it was nice to get back to racing and see all the riders again and even some fans on the circuit”, the 26-year-old continued. “The shape is good, which makes me happy. During the past couple of months, we have always been in close contact with the team, the nutritionist, coaches, the sports directors, so I trained well and controlled my weight. All this helped me today, as I felt strong and very confident. Now it’s time for our Val di Fassa training camp and from there to the first official races of the second part of the season.” 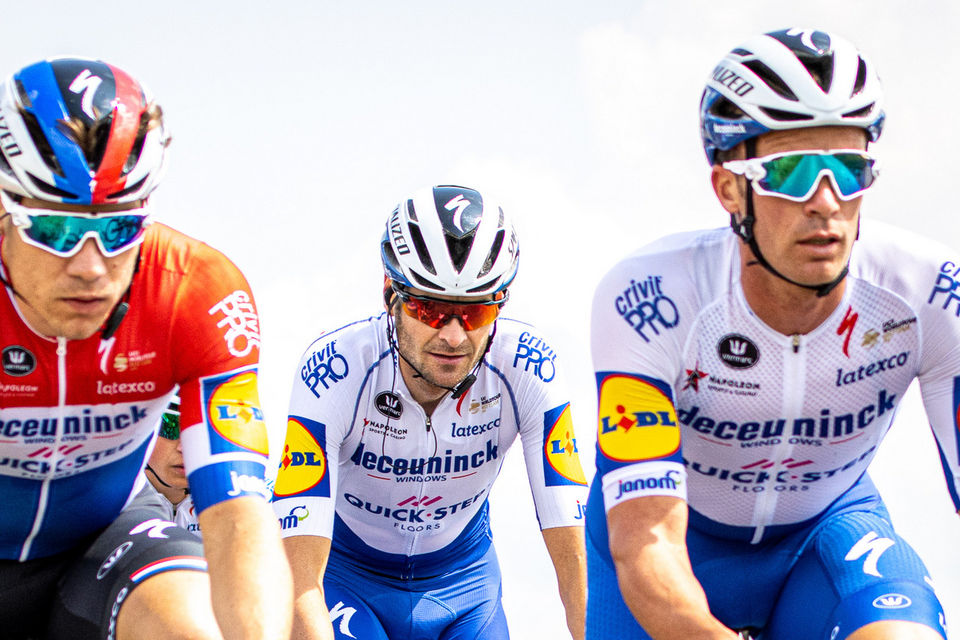 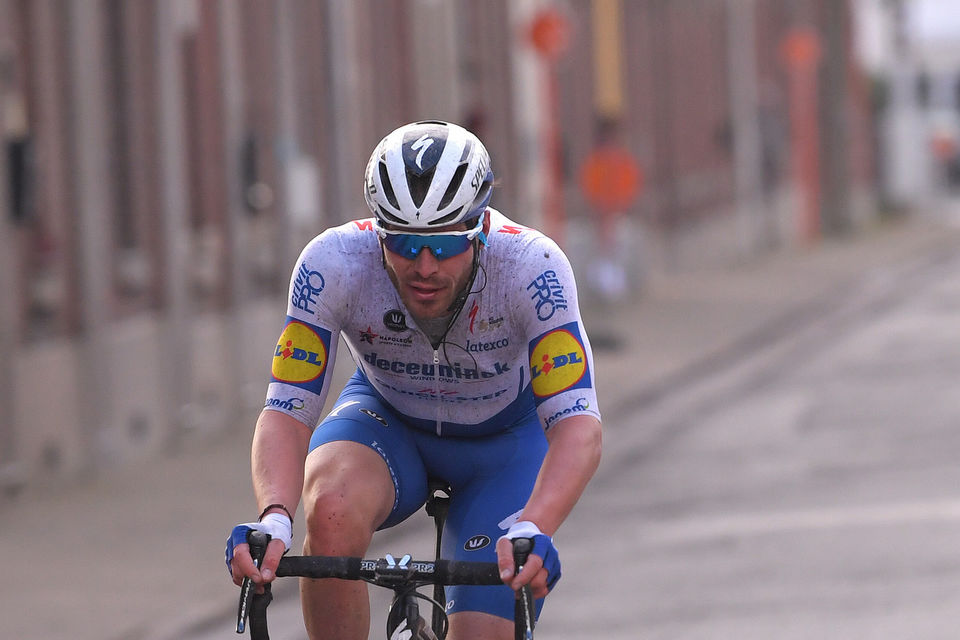 Top 5 for Sénéchal in Le Samyn 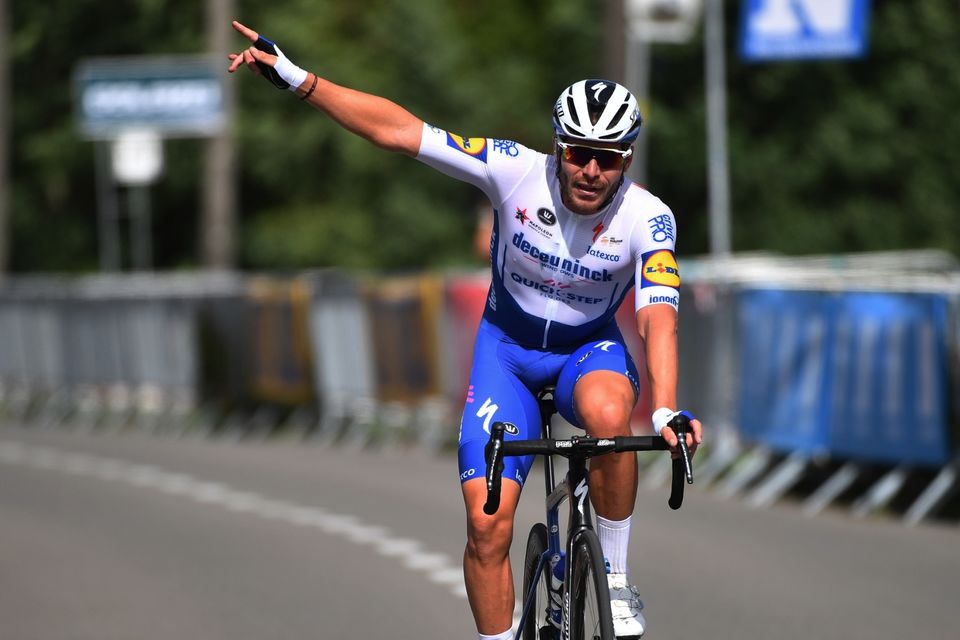