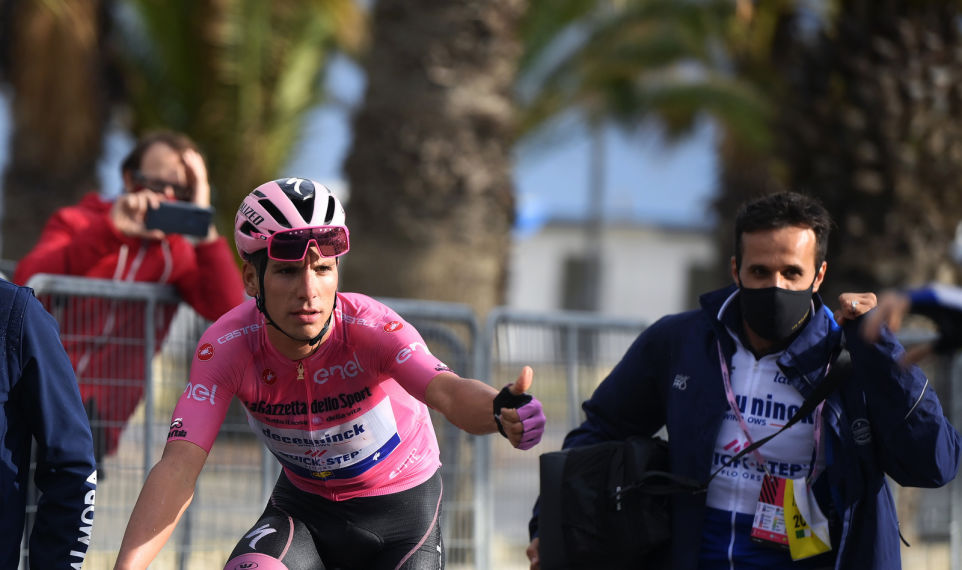 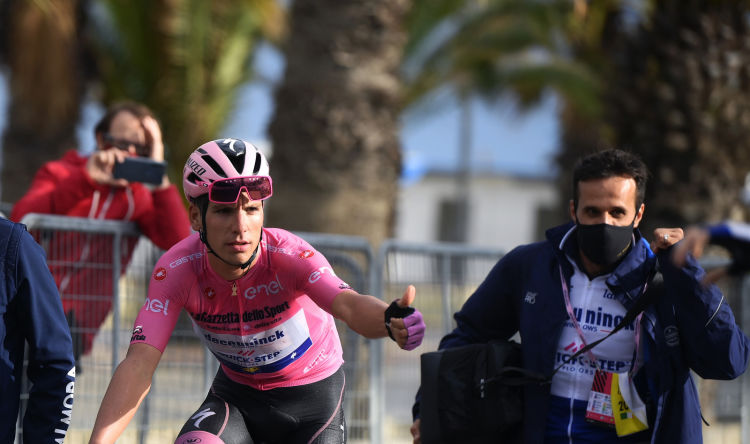 Portuguese extends his advantage after another top 3 finish at the Corsa Rosa.

Deceuninck – Quick-Step were again on top of their game, working ceaselessly at the front of the peloton and protecting the 22-year-old leader of the race, who was put under pressure by Pello Bilbao (Bahrain-McLaren) on the penultimate climb of stage 10 as the rain began falling and making for some really miserable conditions. Calm and composed, Almeida didn’t panic, as he had still enough teammates with him, who made sure the Spaniard’s gap wouldn’t go over half a minute.

Exuding confidence and a fantastic maturity well beyond his age, João remained tucked in the wheel of James Knox and Fausto Masnada, before launching his move on the last difficulty of the day, one averaging 7.1% over 2.5 kilometers. Deceuninck – Quick-Step’s Grand Tour debutant gained a few seconds on the reduced bunch, who split on the excruciating gradients of the climb that was topped with just 11 kilometers to go. This attack narrowed the lead of Bilbao, who was then caught on the descent, after another great effort of Fausto and James, who turned themselves inside out in the service of the maglia rosa. 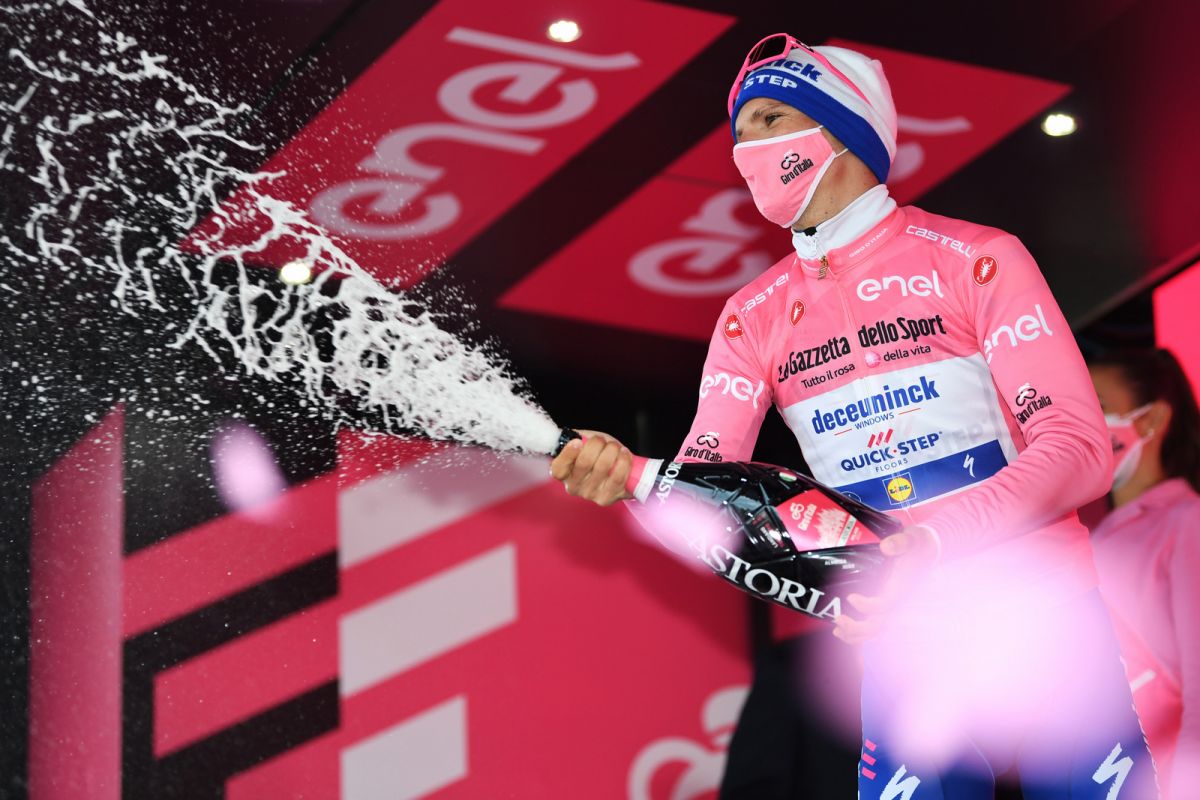 In the run in to the finish, Almeida himself took over the reins in the small bunch and led the group home – 23 seconds behind Peter Sagan (Bora-hansgrohe), who won from the breakaway – and notched up his third top 3 finish since the start of the Giro d’Italia. This solid result netted four bonus seconds that helped him increase his buffer in the general classification, which he will lead for the eighth consecutive day on Wednesday.

“It was a hard day at the office, but I made it with the help of this tremendous team, who rode so hard for me and without whom I wouldn’t be where I am now. I felt good, despite the cold temperatures and the rain, and when Bilbao went, we remained calm and focused, and just did our homework, which concluded in bringing him back in the final kilometers”, said João, who leads the race by 34 seconds. “Third after such a stage is a nice result, it feels good to get another podium at this beautiful race. The four seconds I got on the line isn’t that much, but every second counts and can prove important when all is said and done. I don’t know how far I can go with this pink jersey, I’m just honoured to have it on my shoulders for more than a week and I’ll just continue to take it day by day and see where that takes me.” 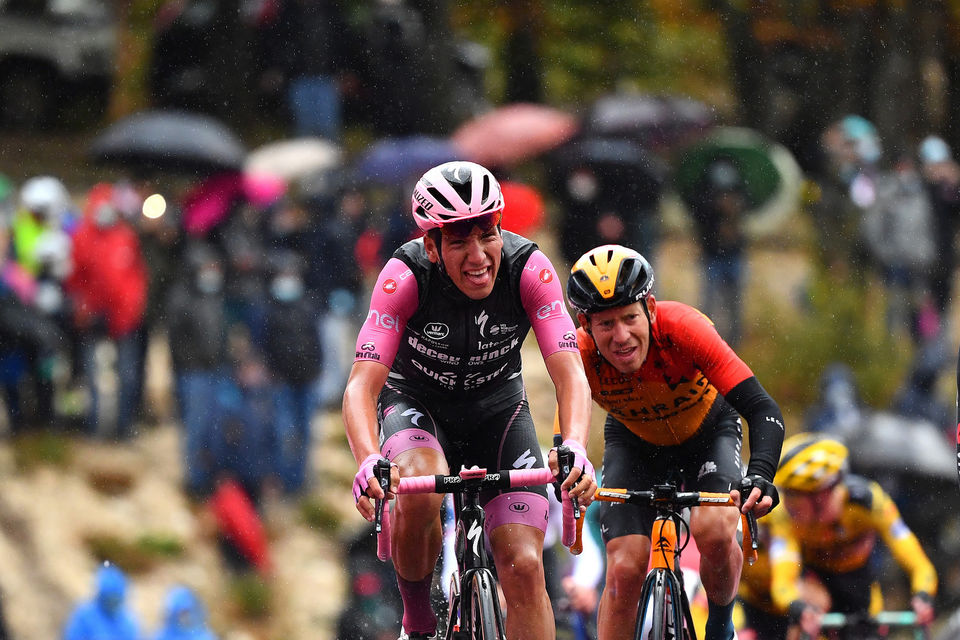 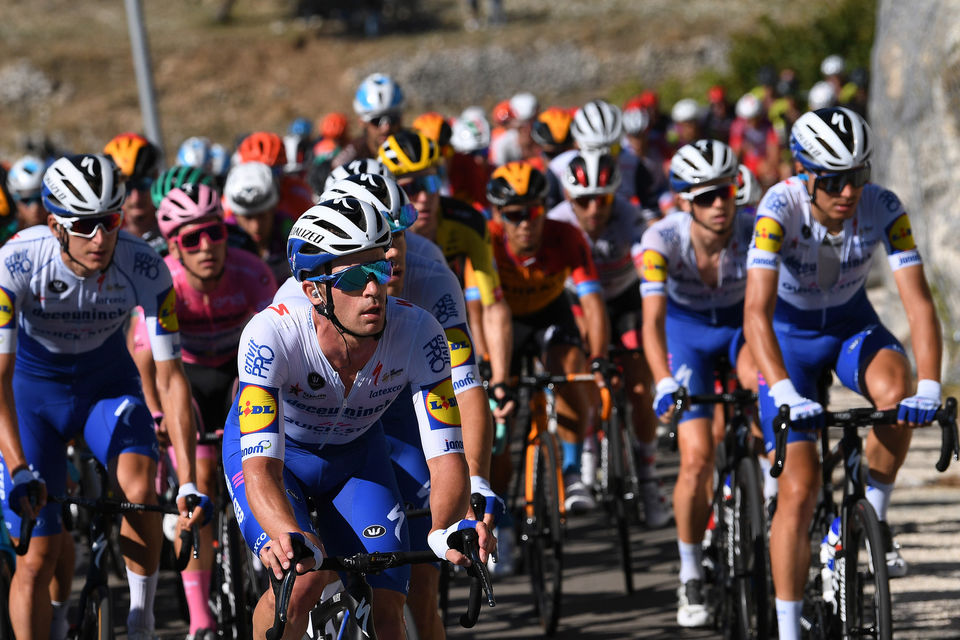 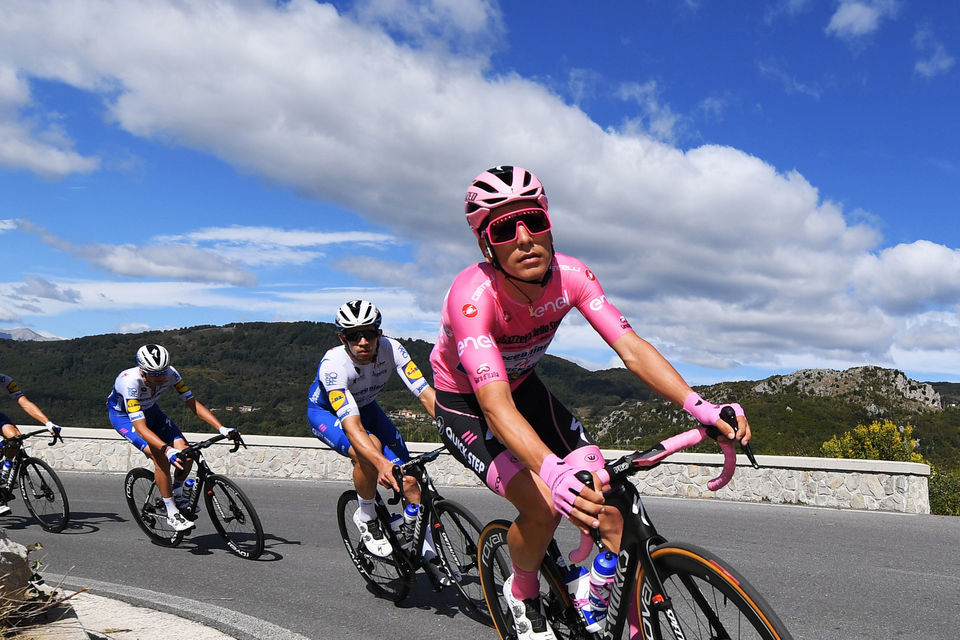 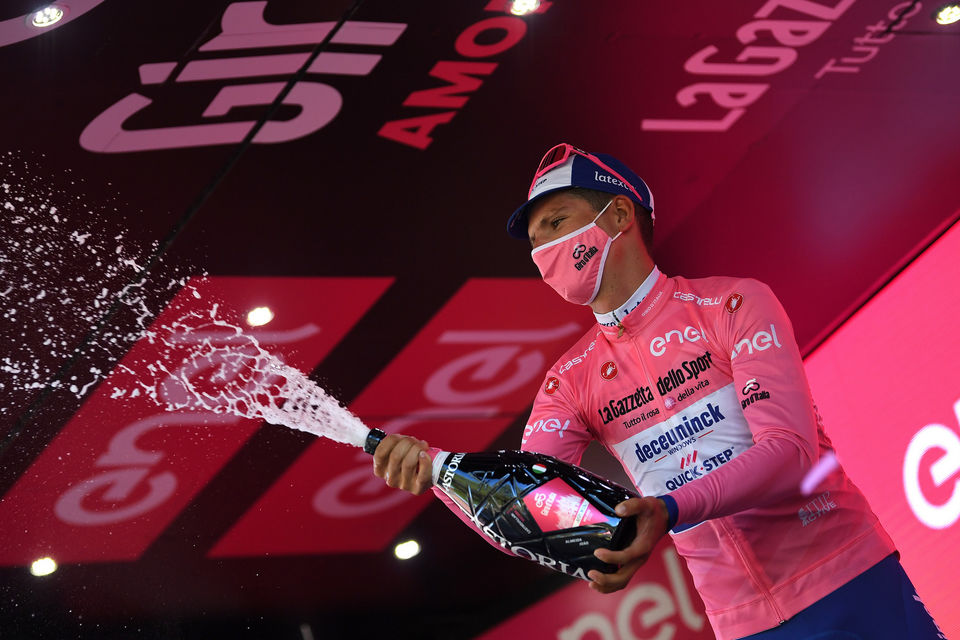 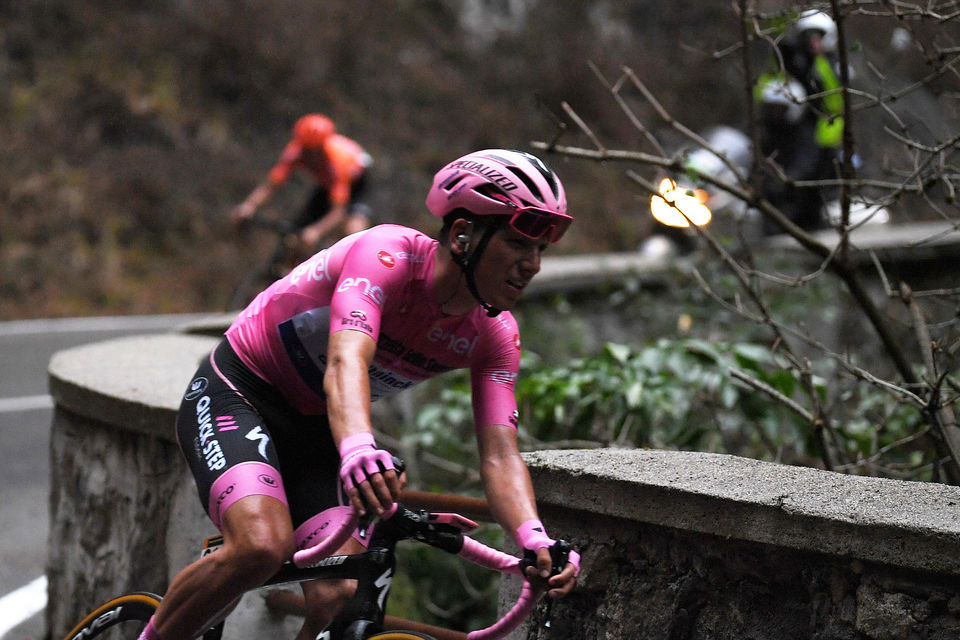 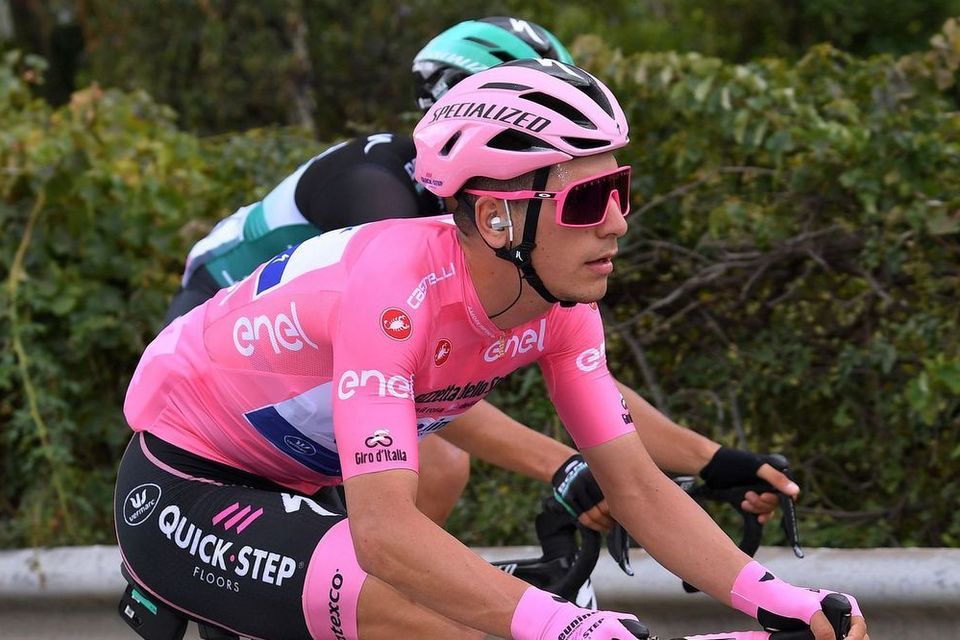 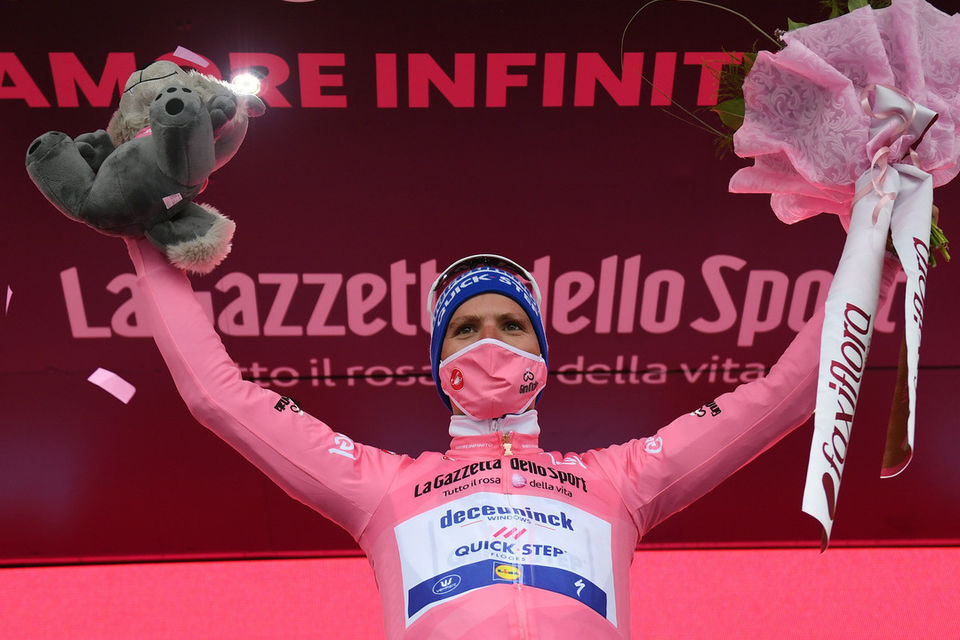 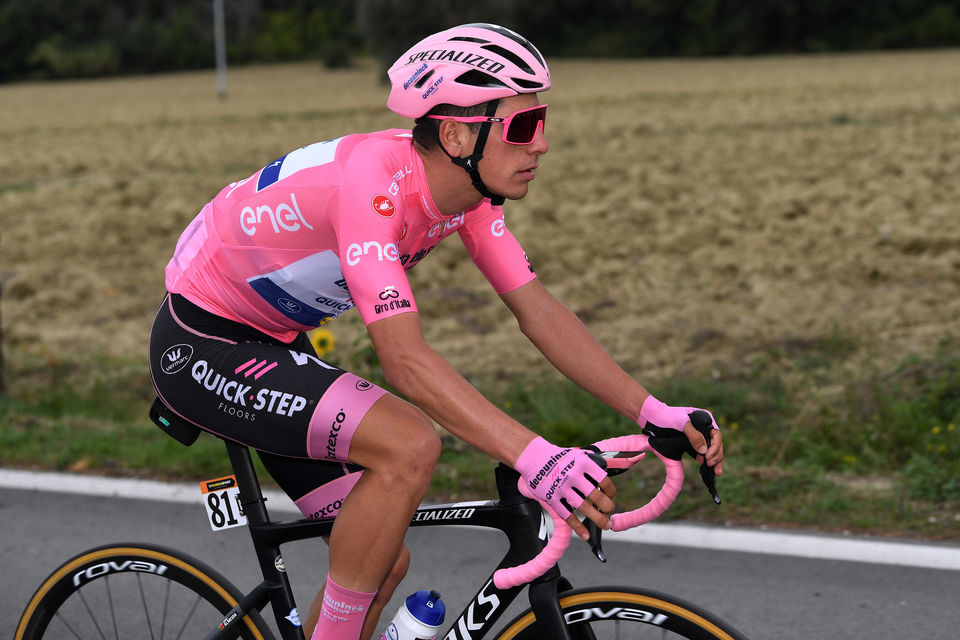