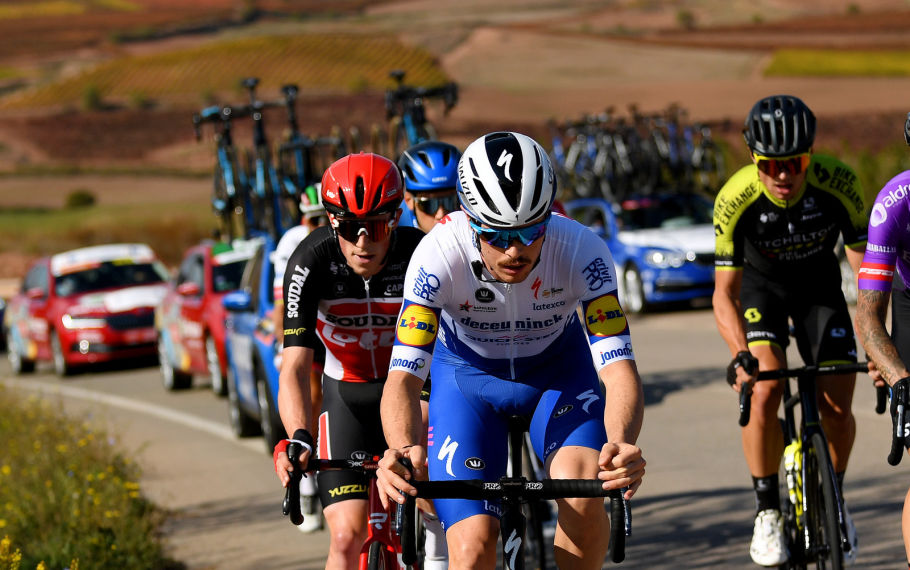 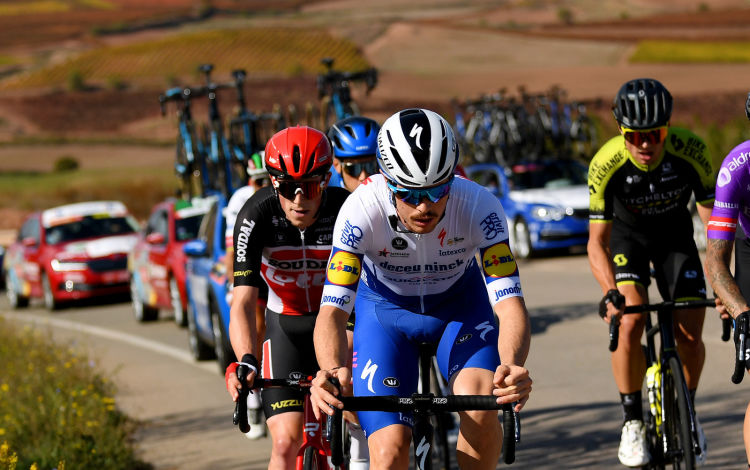 The 25-year-old showed again the Deceuninck – Quick-Step colours at the front of the race.

Eight days have gone at the season’s last Grand Tour, and Rémi Cavagna is easily the most aggressive rider of the race, having featured in the break on five occasions since the event got underway last Tuesday, the most recent of these feats coming on Wednesday. The strong French ITT Champion didn’t need too much time to make his move once stage 8 began, attacking together with six other riders as soon as the peloton exited Logroño, the capital of the La Rioja province.

One of the main animators also at last month’s Tour de France, Cavagna was prominent at the front of the group, who enjoyed a five-minute maximum advantage at the foot of the day’s first classified climb, Puerto de la Rasa, which he crested in the lead. Unfortunately for the escapees, the bunch planned on battling it out for victory on Wednesday, so they began chasing hard, gradually reducing the gap to the seven men and making sure to bring them back ahead of Alto de Moncalvillo, a ferociously steep climb making its debut at La Vuelta.

Used in a cycling race for the first time at the Vuelta a Rioja, more than a quarter of a century ago, the ascent had some excruciating double-digit gradients which sparked an important selection in the peloton. Primoz Roglic (Jumbo-Visma) took the win from the severely reduced group, while Mattia Cattaneo – who is racing his seventh Grand Tour in Spain – finished again as Deceuninck – Quick-Step’s best placed rider and cemented his place in the top 20 overall. 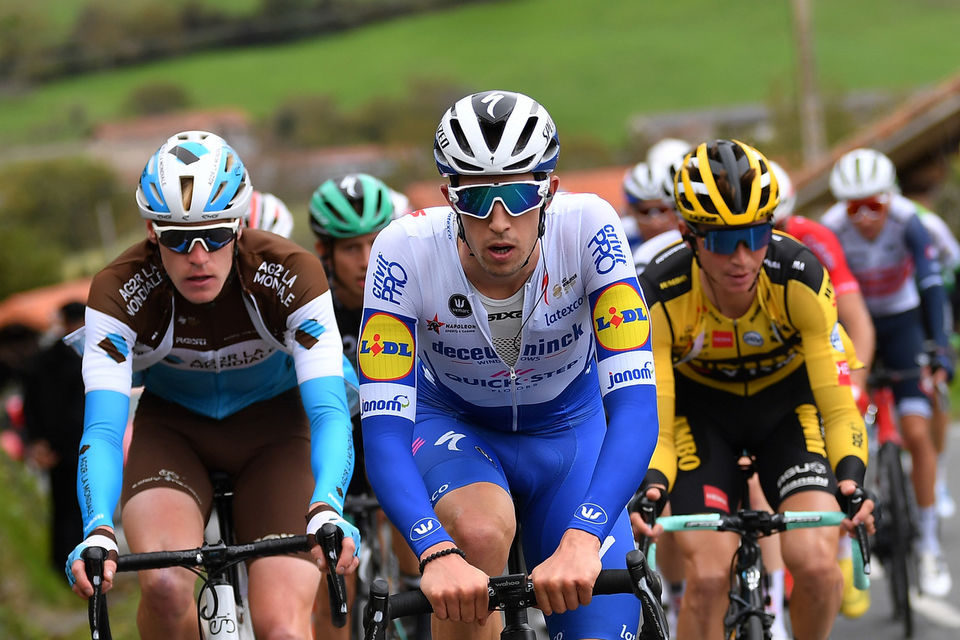 Steimle in the break at the Vuelta a España 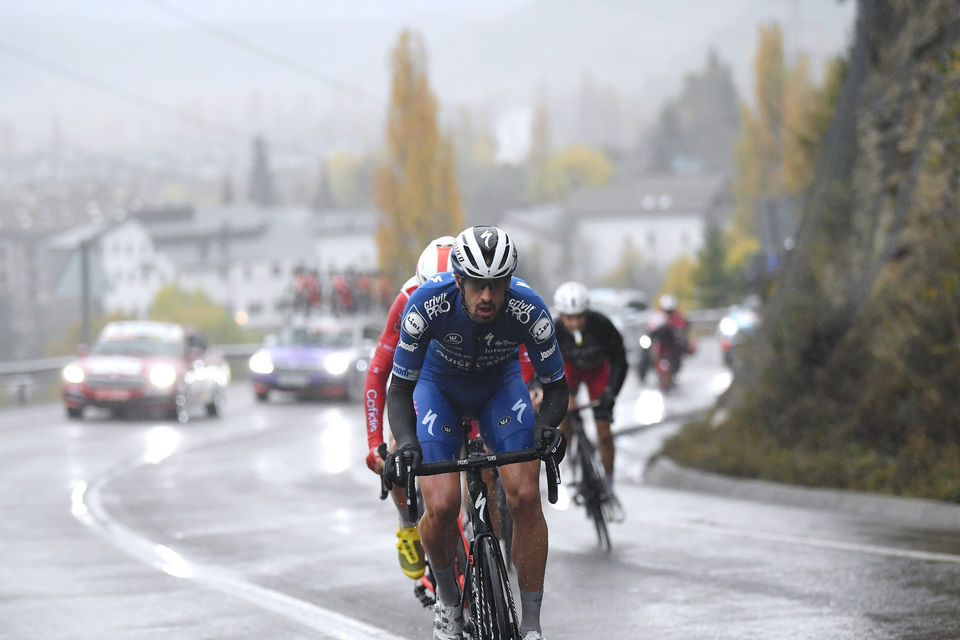 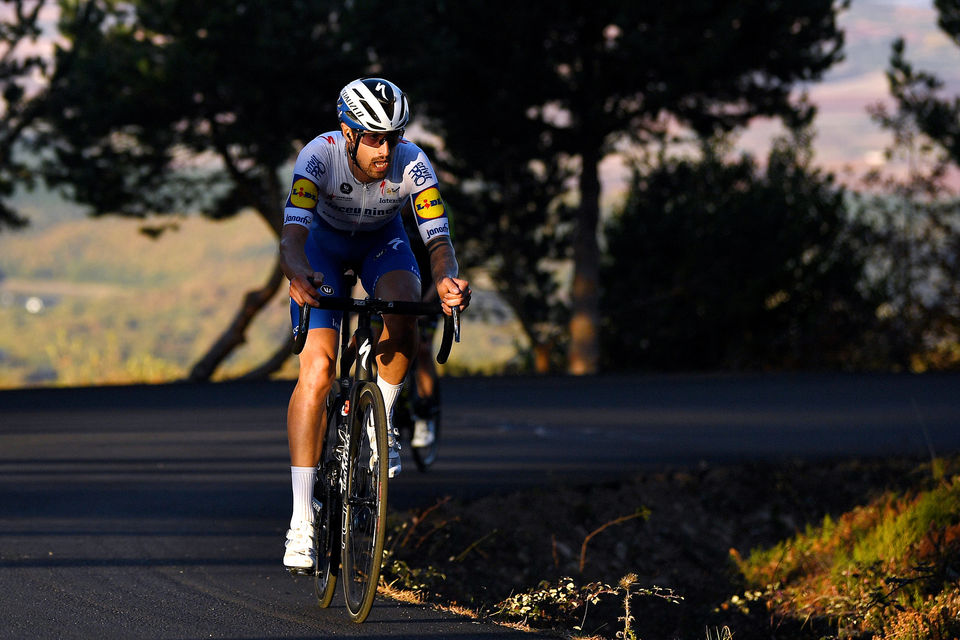