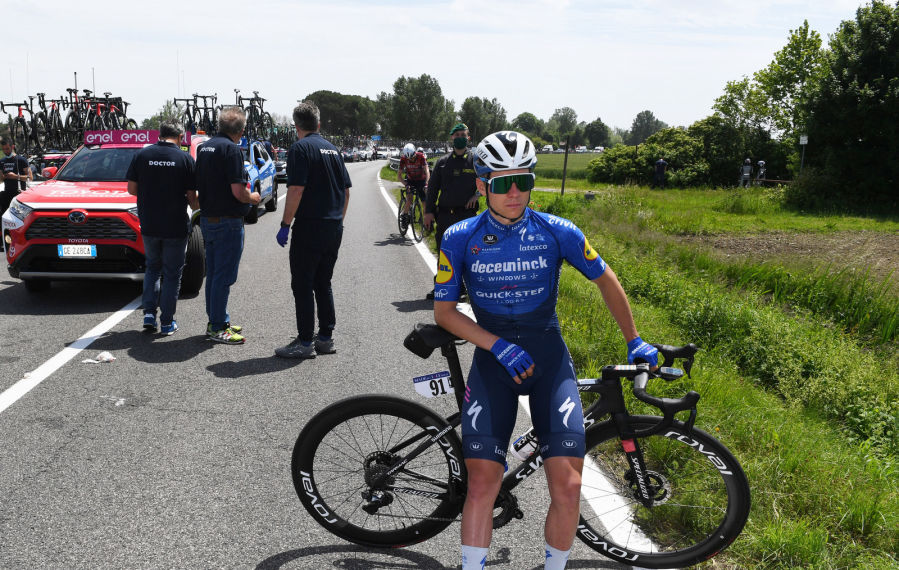 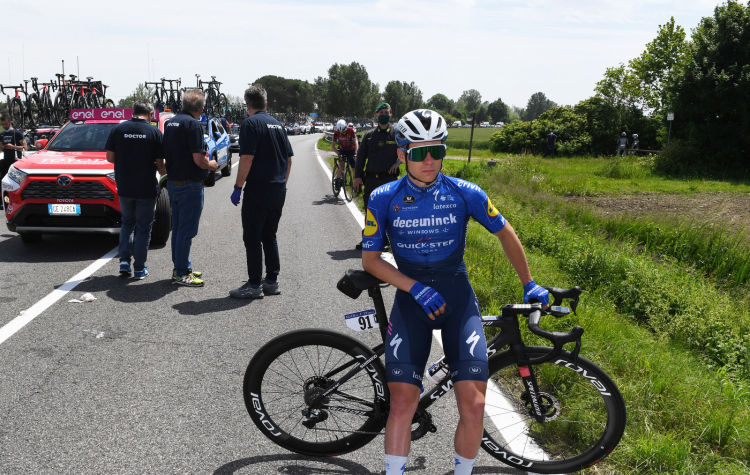 Remco Evenepoel is seventh in the GC with one stage to go before the last rest day.

Stage 15 of the Corsa Rosa rolled out from Grado, a small town located on an island in the Adriatic Sea, but it wasn’t the smooth start everybody had hoped for. A massive crash in the peloton just as attacks began to come in the opening kilometer of the race forced the organisers to neutralize and stop the race for more than 20 minutes in order for everybody involved to receive medical treatment. Three Deceuninck – Quick-Step riders were among those hitting the deck, but fortunately Rémi Cavagna, Mikkel Honoré and James Knox were back on their bikes and could all continue when the stage restarted.

An 18-man group jumped clear from the bunch, who was pleased with the names in that move, all far back in the general classification, allowing them to open a 12-minute maximum gap. As the race criss-crossed the Italian-Slovenian border, the concord between the escapees went up in smoke, as they started thinking of the stage victory just as pouring rain began making its presence felt. As a result, three men attacked in the run-in to the final climb, the Gorije Cerovo, putting some considerable distance into them and their former companions.

Another acceleration left only two guys in the front, and they managed to keep the chasers at bay on the roads to Gorizia, the capital of the Province of Gorizia until 2017, which made a return at the Giro d’Italia after two decades. The small and charming town located at the confluence of the Isonzo and Vipaia Valleys witnessed the eighth successful breakaway of this edition, as Victor Campenaerts (Qhubeka Assos) took the win.

Remco Evenepoel came home with the maglia rosa group, who took it easy on the wet roads inside the final hour of racing, and will go into Monday’s demanding mountain stage to Cortina d’Ampezzo seventh overall. 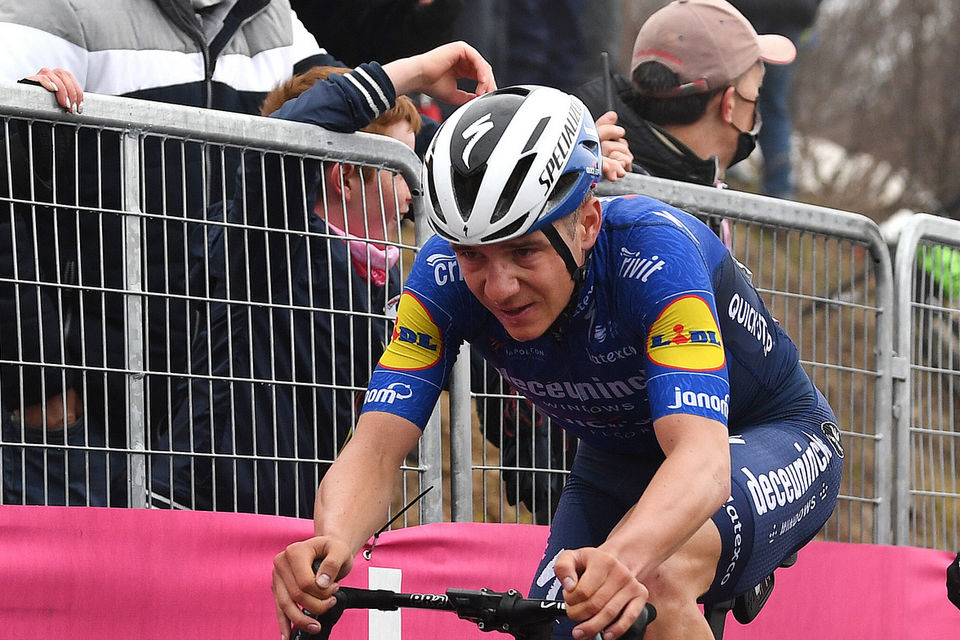 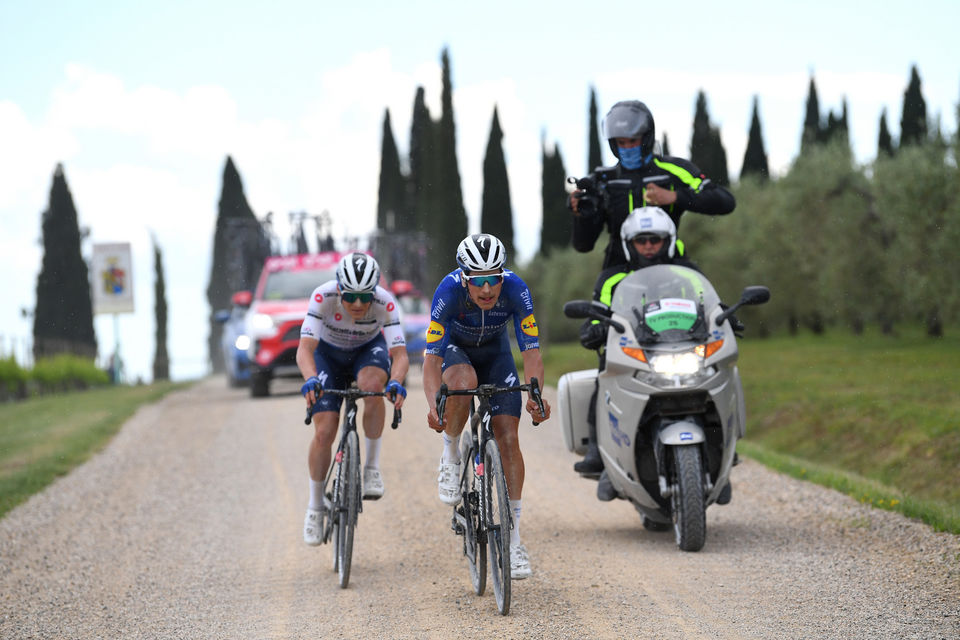 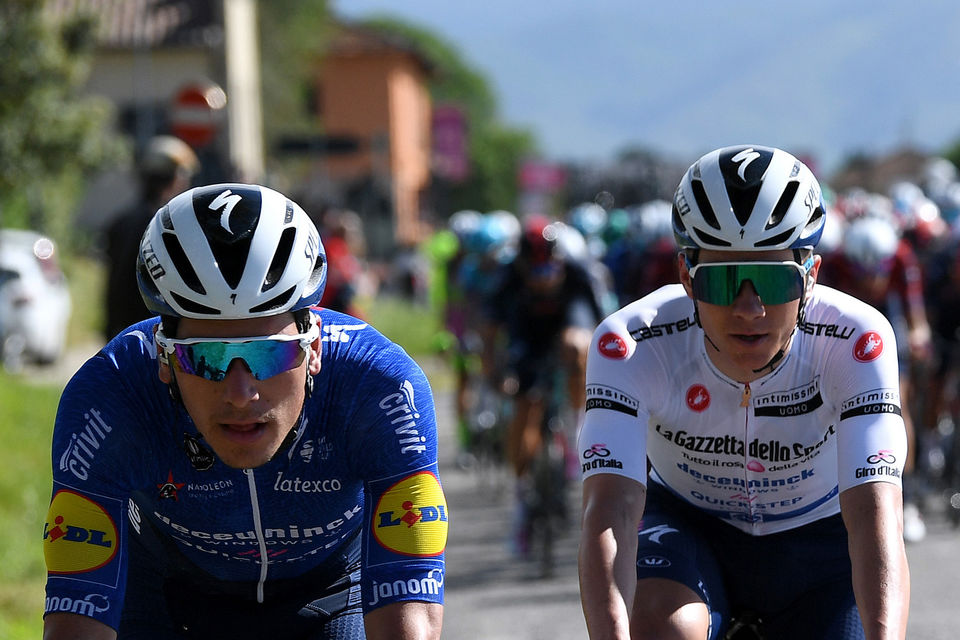 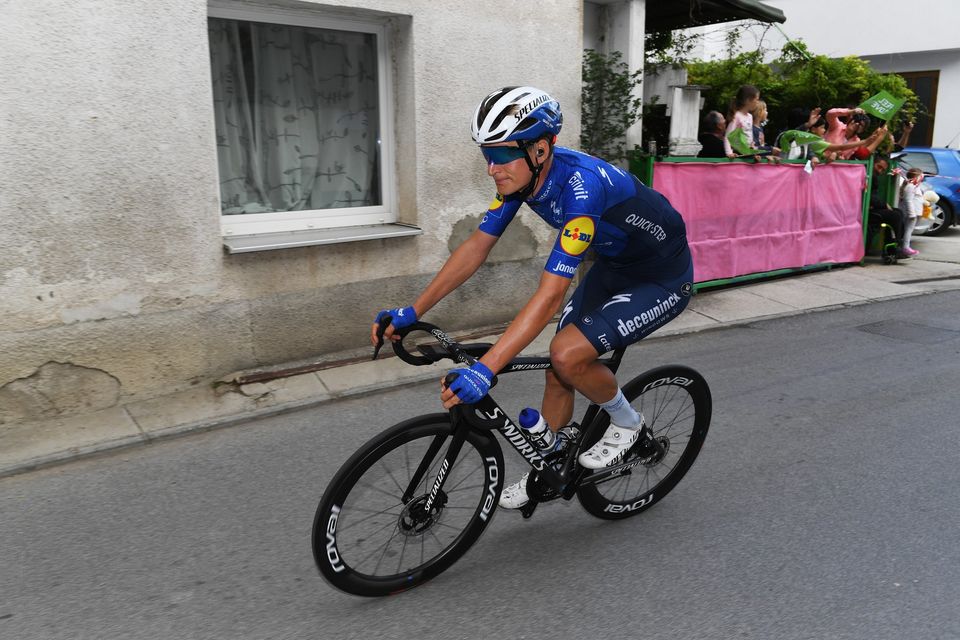