The Portuguese enjoyed a surge up the rankings and is eighth with four stages remaining.

A combination of endless courage, unbelievable strength and superb tenacity on a day that recalibrated the general classification saw João Almeida deliver a memorable performance on the lung-busting climb of Sega di Ala, which made its first appearance at the race after being previously used in the Giro del Trentino, a couple of years ago.

The day witnessed a brisk start to the affairs, a breakaway finally being established after 50 kilometers. James Knox and Pieter Serry were the two delegates of Deceuninck – Quick-Step in that move that gained five minutes on a peloton who began a proper chase after the first classified ascent. Both James and Pieter produced a solid effort, trading turns at the front of the group together with their companions, until the moment they were dropped on the rough Passo di San Valentino, a climb that left its mark also over the bunch, seriously whittling it down.

Counting around 20 men, the chasing group started Sega di Ala (11.2km, 9.8%) with a one-minute deficit on the four riders still at the front from the original breakaway, a big chunk of the advantage being erased by Knox and Serry, who helped with the pace-setting after being caught. Taking many by surprise, João Almeida laid the hammer just as the gradient began biting, unfazed by the 14% gradients where many began struggling, riding with the confidence of a seasoned veteran and pacing himself perfectly. 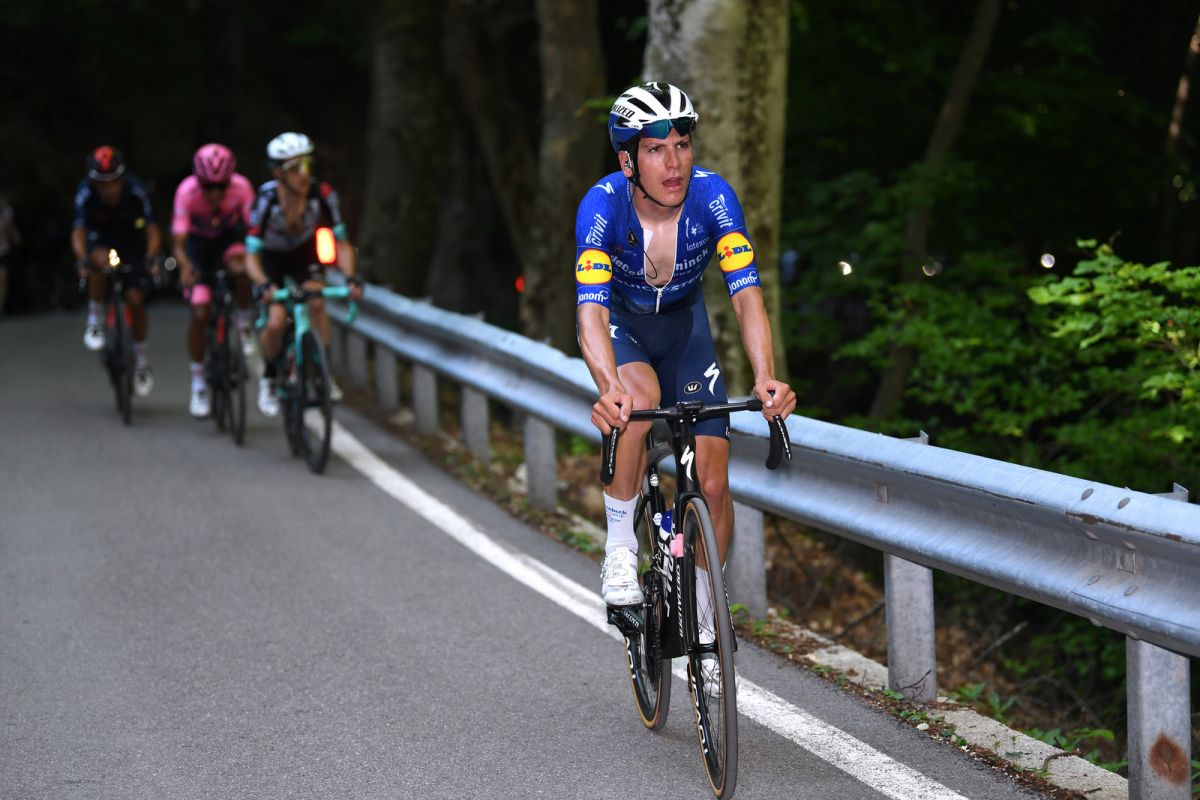 The 22-year-old forced a selection on a steep section, only a couple of men being able to match his pace, but not for long, as the tempo pushed by João dropped more riders, including the maglia rosa. Inside the final kilometer, another acceleration dispatched Simon Yates (Team BikeExchange) as the Portuguese set off in pursuit of Daniel Martin (Israel Start-Up Academy), who narrowly managed to hold on and take the win. Almeida finished just a few seconds down, for his first podium at this edition, a result that continued his progress in the general classification, where he is now eighth.

“I don’t think we could have done more than this. The guys protected and worked for me, they produced a strong effort in the valley as we approached the last ascent. Then, as I was feeling good, I just tried on the last climb I just tried, and to be sincere, I didn’t expect to have those gaps or to gain more places in the general classification. Second on this hard climb and eighth overall gives me more motivation and confidence for the remaining stages”, said João after putting in another stunning performance at Il Giro. 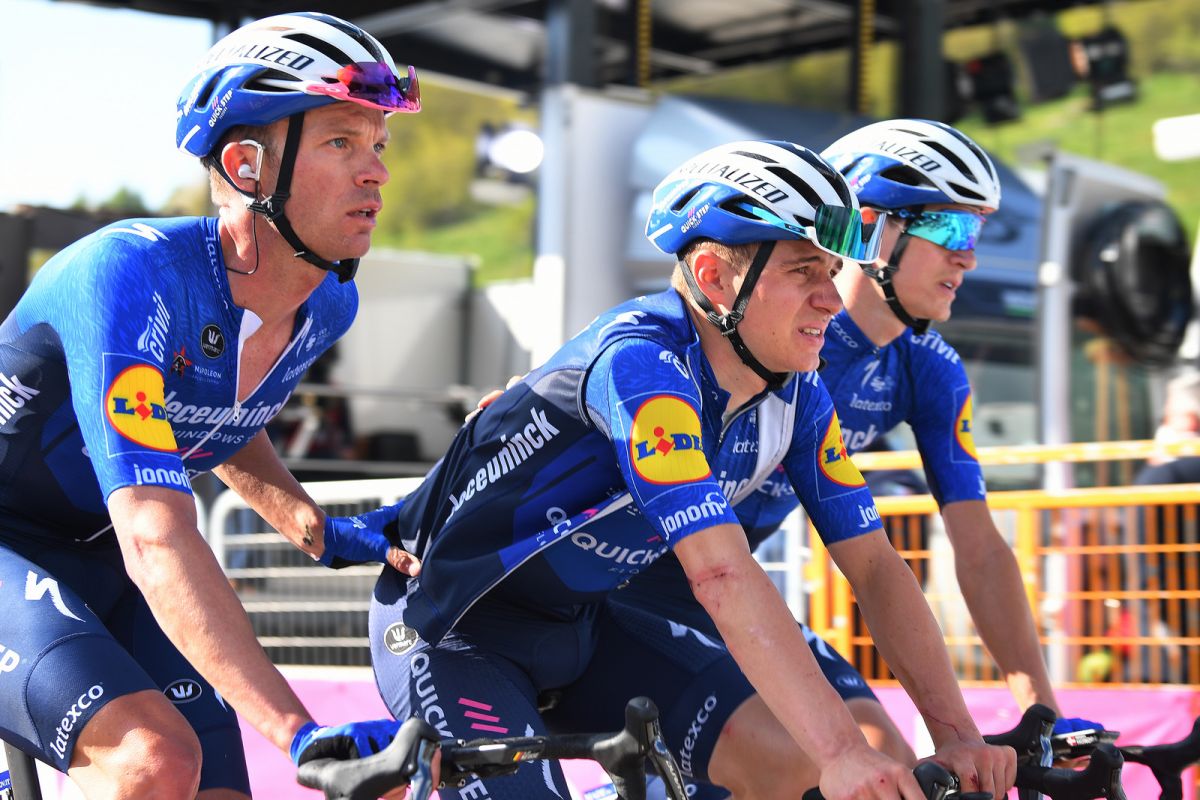 Unfortunately, when everything was done and dusted, it wasn’t a perfect day for Deceuninck – Quick-Step. Dropped from the peloton on Passo di San Valentino, Remco Evenepoel showed amazing resilience and determination as he came back and rejoined the favourites group, only to crash on the descent in a corner.

The Belgian hit the guardrails and needed medical treatment before continuing the stage, which he eventually finished escorted by several of his Deceuninck – Quick-Step teammates, more than half an hour behind the winner. Evenepoel will be assessed now by the team doctors, and an update on his condition will be released later this evening. 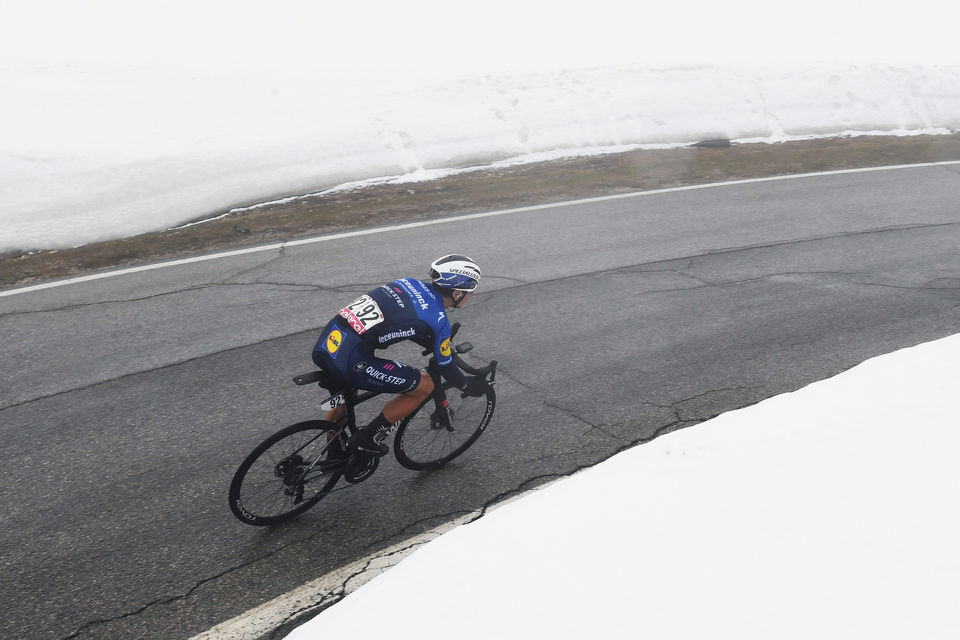 @InGiro: Almeida’s rise to the top 10 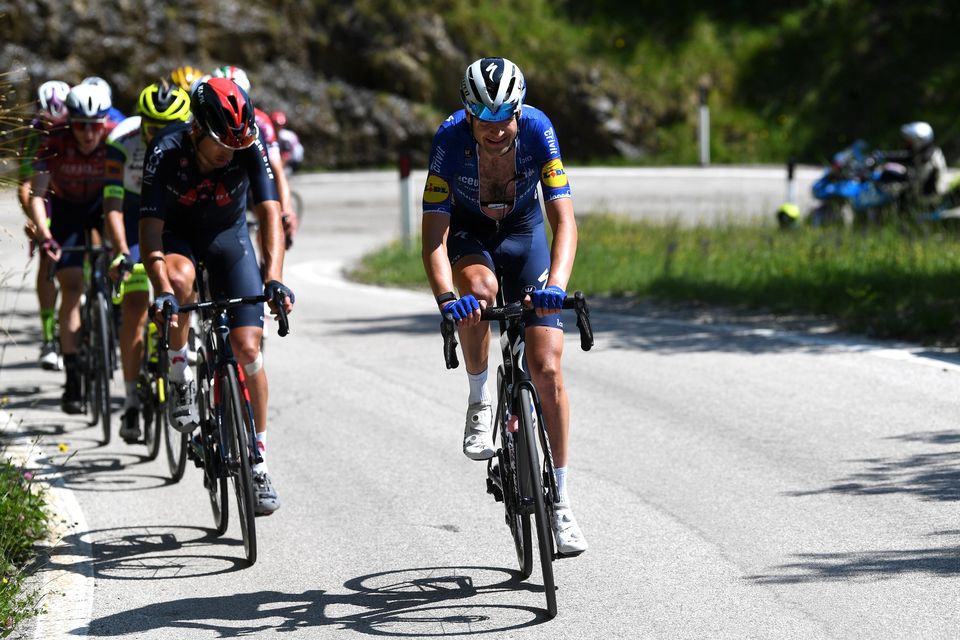