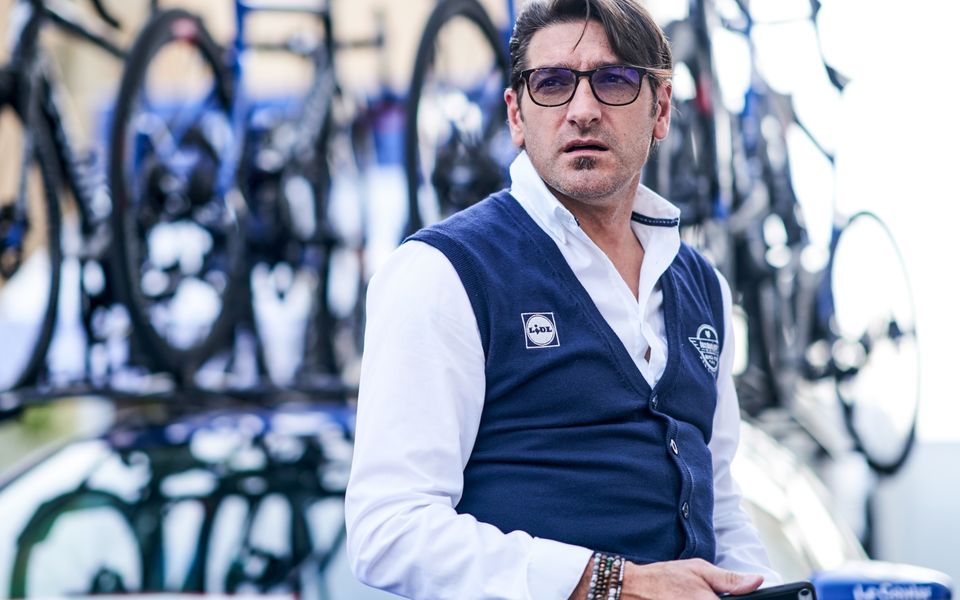 Davide Bramati’s career is long and colourful. Brama started riding bikes as an 8-year-old and was a professional rider for 17 years. His palmares includes a victory at the Volta a Portugal, Vuelta a Aragon, Vuelta a Murcia and Vuelta a España.

“I rode with a lot of strong riders in my career,” Bramati said. “When I was on Mapei from 1997 to 2002, it was the best team in the world, comprising many incredible riders, who won everywhere, just like we do now.”

Brama stopped in 2006, after the Giro d’Italia, and immediately started his sports director career: “I’ve been with this team since 2003, which means I am a part of the squad since it started. I like my colleagues. I like this group. For me this group is like family. I am with them for the most part of the year. I even know some of these guys since Mapei, so the relationships have been for a long time. I think sometimes it isn’t good to change a team every three or four years. OK, if someone doesn’t feel good, then it is a nice change. But if you feel good in that place, it is better to stay there.”

A huge fan of Juventus Torino, a team which gives him satisfactions year after year, Brama is known for his passion, which has been evident on countless videos of the team car when the riders won. “I like my job. I live the moment in the car like I was on the bike. When I don’t feel that same kind of emotion, then I say it is time to stop cycling. I like when someone wins or wants to try to win. This is a passion for me. After finishing school, I went to work in the factory. I worked there 8 to 9 hours a day. Then something in my head told me to do what I liked instead, and that was cycling. From then on, I never wanted to change what I did. That is me. When I am passionate, I don’t change. I only had a few teams in my entire career.  I go with what feels right and once it doesn’t feel right, I stop.”