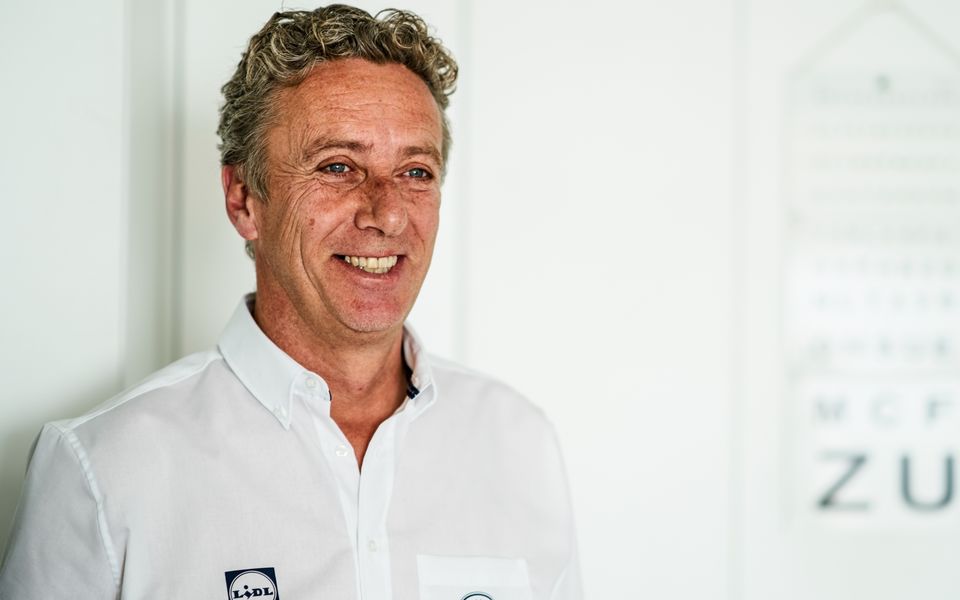 Despite enjoy cycling as a sport, team doctor Toon Cruyt’s involvement in the sport was more by accident than design. After growing up in Roeselare and studying sports medicine, Toon worked with several junior and amateur teams and riders, with Johan Museeuw being one of his first clients.

Despite this he practised family medicine for several years, when in 1995 one of his patients was a Soigneur for Le Groupement team, who were looking for a doctor. He was persuaded to join the team but unfortunately they went bankrupt shortly afterwards. The year after he worked freelance for Lotto, but they had a number of doctors already on their books and could not take him on full time, so in 1997 started with Mapei and stayed with the team through its different evolutions.

Having worked in the sport for such a long time, Toon says he has asked himself a few times should he look for a new career, but the pull of cycling always pull his back and wants to stay involved in the sport and with a team where he enjoys the atmosphere and the people.

Away from cycling, Toon has four sons, one who has followed in his medical footsteps and is  a podiatrist who worked for the team in the past. He also enjoys painting abstract and interpretational style art, nature and being outside and working in his garden, and riding his bike. He openly admits though that he  admits only when the weather is good as he doesn’t like cleaning his bike.